This weekend, Facebook CEO Mark Zuckerberg shared a photo of himself changing the diaper of his newborn daughter, Max. It was so cute.

This is a new way at looking at CEOs of big companies.

For a couple of years, there has been much chatter over the family planning efforts  Yahoo! CEO Marissa Mayer, who gave birth to twins last week, and whose two pregnancies and previous birth experiences were the focus of a lot of articles, columns and conversations nation and worldwide.

Writer Jean McGregor of the Washington Post suggests that these two are part of a new era of corporate CEOs who share more and more about their personal lives than before, and perhaps it has to do with the fact they head tech companies which do things differently than traditional companies in the past.

But McGregor also hypothesizes that this new shift should be expected of  Zuckerberg and Mayer given their relatively young ages, 31 and 40, respectively, and both are at the stage in life when many are starting or growing their families.

Historically, CEOs are in their 50s with parenting being less a focus of their lives. But older CEOs too are being more open about intimate aspects of their lives, McGregor notes.

Last year, Tim Cook,who is 55,  penned a letter to the public announcing he was gay and Aetna CEO Mark Bertolini, 58,  shared openly about a near death accident, yoga and meditation, and wanting to spend more time with his wife and less at the beck and call of his employers.

“We program C.E.O.s to be certain kinds of people. We expect C.E.O.s to be on message all the time,” Bertolini told a New York Times reporter. “The grand experiment here has been how much of that do you really need to do?”

These could all be nothing more than examples of people who-whether in an attempt to inspire others, thank a family member or highlight their personal brand-chose to open up more than we’re accustomed to hearing from powerful people in the corporate suite, McGregor writes.

She notes, “and for every CEO who speaks freely, there’s one who chooses to keep an illness private. Mayer, for one, may be sharing the good news and basic details about her maternity leave (as she did with her first child in 2012), but it’s hardly a topic she’s dwelling on beyond that.” 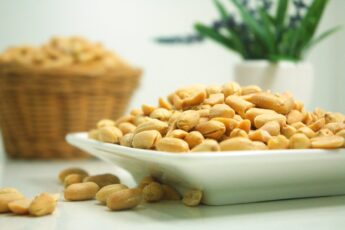