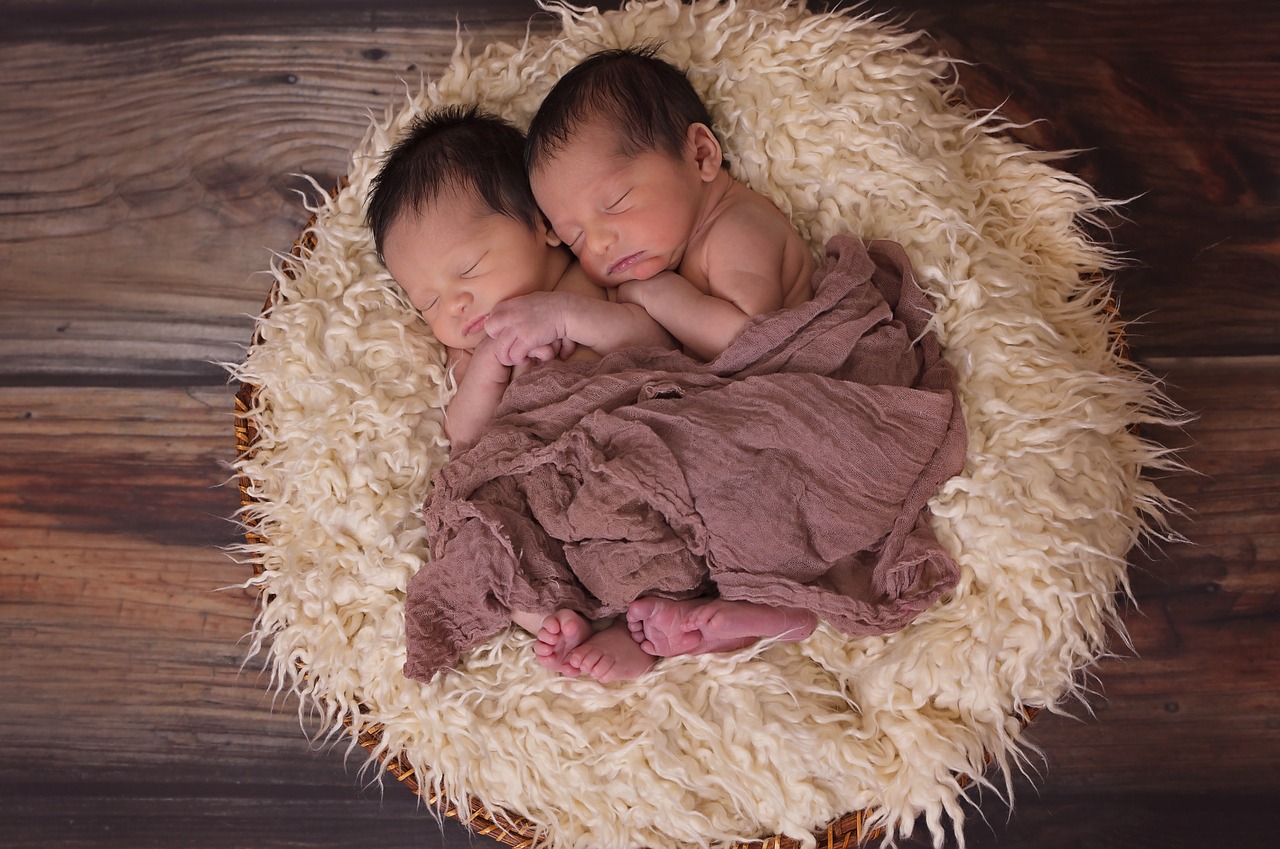 A lot of women secretly wish they are carrying twins when they find out they are expecting. Actually, there are several factors that can increase a woman’s chance of her having twins.

1.You Use Fertility Drugs or Treatments Advancements in fertility drugs and treatments are probably the two reasons most responsible for the increase in twins, triplets, quads and higher multiple births. Fertility drugs and treatments such as invitro fertilization can bring a Mom’s chances of having twins (or more) as high as 1 in 38. Be careful of your fertility drug if you don’t want to risk having multiples! There is one study that shows using Chlomid may increase your chances of having twins (or more!) to as high as 1 in 5.

You should definitely be having long discussions with your doctor about the real chances of having twins as part of your infertility treatment options. As wonderful as life with twins is, don’t take a friend’s prescription of Chlomid to increase your chances of having twins (this has happened!) Fertility drugs cause other side effects, and should never be taken without the supervision of a medical doctor.

2.You are an Older Mom There are several reasons why older moms (those over 30) see an increase in odds of having twins: Theory on Older Moms Increased Chances of Having Fraternal Twins The chance of having unassisted twins increases once Mom turns 30, and peaks around the time Mom turns 35 – 39. Your chance of having “unassisted” twins increases to 5% if you’re between the ages of 35 – 39. Science is looking at the theory that older women are more likely to conceive twins because of a rise in the production of a follicle-stimulating hormone (FSH). The theory is higher FSH levels can cause some ovaries to be over stimulated and release two – or more – eggs in a cycle.

Theory on Older Moms Increased Chances of Having Identical Twins Another theory on why older Moms have higher odds of having twins is that, as Mom becomes older, her eggs become more brittle, and instead of dividing during the initial phases of the baby’s development, they split into two separate babies.

Increased Use of Fertility Drugs Women face decreased fertility over the age of 30. As a result, women in this age range are more prone to use fertility drugs, or other treatments, which increase the chances of having twins. According to the American Society for Reproductive Medicine, about one-third of women between age 35 and 39 and two-thirds of women over 40 have fertility problems. If you are over 45, your chance of having twins is 17%. Who has the best odds of having twins or more using fertility drugs? If you’re brave enough to try having a baby when you’re over 50, your chance of having multiples is . . . 1 in 9.

3. Twins Run in Your Family “Do twins run in your family” is probably the second most common question asked to parents of multiples, right after “Are they twins????” The answer to the first question is, yes . . . and no.

If you, your mother, or your mother’s mother is a fraternal (dizygotic) twin your chances of having twins increases significantly. The main reason for this is an inherited a gene for “hyperovulation” – you release more than one egg during an ovulation cycle, which increases your ability to conceive fraternal twins.

Some experts also say that there is no correlation between Dad’s genetic background and the birth of twins. Other experts say that Dad may pass a ‘twin gene’ (the hyperovulation gene) from his side of the family to his daughter. Or the gene may be passed on to his son, who passes it on to HIS daughter – and so on.

Many experts also say identical (monozygotic) twins are not hereditary – identical twins are simply random by nature. Studies and research show that none of the ‘factors’ seen in increased twin births (fertility treatments, age, weight, hereditary, etc.) make any statistical difference in the chances of having identical twins. Many families with identical twins, however, beg to differ!

5.Weight and Height The American College of Obstetrics and Gynecology recently released a study involving more than 50,000 pregnancies in the US that shows women with a Body Mass Index (BMI) of 30 or higher saw an increase in chances of having twins. The study also found that taller women, in the 75 percentile for height, were also more likely to have multiples.

6.You are Nigerian You have increased odds of having twins if you are Nigerian. It is reported that Nigeria has the highest twinning rate in the world, about 1 in 22. A study concluded that the mother’s diet was the cause, being high in cassava, a type of yam or sweet potato. The peelings of this vegetable are thought to contain a chemical that causes hyperovulation.

7.You eat a pre-pregnancy diet rich in dairy and animal protein.A study performed by Gary Steinman, MD of the Long Island Jewish Medical Center in New York, compared the twin birth rate of Vegan Moms (moms who eat no animal products, including milk) to those Moms that consumed dairy and other animal products. It turns out that the milk-drinking moms were five times more likely to have twins over the Vegan moms.

8.Best Way to Guaranty you Have Twins
Although there are some things you can do to increase your chances of having twins, the only sure way to have twins in your family is to adopt. One of my friends has adopted not one but two sets of twins in her full house.