But one of our Bellyitch Bumpwatch alums, British TV host, actress and singer Myleene Klass, decided to dress her two daughters, Hero and Ava, as herself. You see, when Klass was pregnant with her first child in 2007, she wrote a journal about her pregnancy, “My Baby Bump and Me” and recently, last year, Klass released a resource book for parents called “Things to Make and Do with Your Children.”

It was cute and before, Klass shared the outfits that she planned to have the girls wear surrounded by her book. Adorbs! But…

Some of her countrymen, including the editors at Daily Mail, shaded her, saying it was narcissistic and egotistical to hold herself up with all the other established and historical book authors of the world. 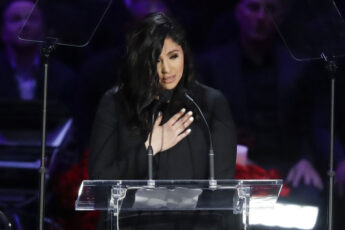