The President of the United States might have just given the bison the designation as the first ever National mammal, but that isn’t stopping people from consuming them as a healthier alternative to chicken and beef. I didn’t even realize that bison was eaten until I saw them on the menu at a restaurant a few years back.

The Honest Bison  company sells “100% grassfed and humanely raised” Bison for retail at supermarket. Interesting. I’m a vegetarian who wouldn’t eat a national mammal, or any mammal, but I realize others do, so I’m sharing a bison bratwurst recipe to consider if you want to mix up your grilling this Memorial Day weekend or any outdoor (or indoor) eating day this summer.

2 cups beef broth (or bison broth made with The Honest Bison’s soup bones!)

Sea salt and pepper to taste

Add onion, beer, and bison bratwurst. Simmer, turning brats occasionally, until beer is reduced to a syrupy consistency and onions are caramelized, about 10 minutes.

Remove brats and add beef/bison broth to the pan, scraping the bottom until mixture is fully incorporated.
Add the brats back into the pan and simmer until fully cooked, about 10 minutes more.
Remove brats and bring broth to a full boil until reduced to syrupy consistency. Be careful that it doesn’t burn off.
Reduce heat to medium-low and melt the grassfed butter, scraping up the caramelized bits in the pan.
Add brats back into the pan. Place sauerkraut around brats and cook until somewhat crisp. Turn brats over and stir often.
Add the sautéed Brussels sprouts and stir them into the sauerkraut until heated.

Season with salt and pepper to taste if needed.
Let The Honest Bison know how your dish came out, tag @thehonestbison on Instagram! Happy eating and Happy Memorial Day! Recipe modified from Chaos in the Kitchen. 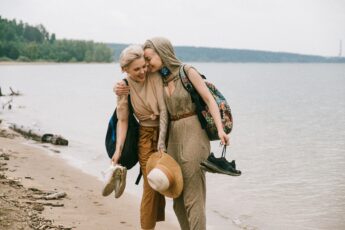