Chelsea Handler, today, is a childless comedian, but she could have been a mother of two if she hadn’t aborted the two babies she carried at age 16 after getting accidentally pregnant.  The brash and outspoken comedian wrote about the admission in an essay published in Playboy‘s upcoming “Freedom Issue.”

In the piece which is dedicated to discussing reproductive rights laws in the United States, she credits the US Supreme Court decision Roe v. Wade which upholds a woman’s right to abortion, for helping her  rectify not one, but two “irresponsible” decisions she made as a teen.

Handler called the decisions to get the abortions within the same year as”thoughtful”.

The first pregnancy came after planned unprotected sex, after telling herself she would be able to take care of any baby that could come from it.

“I just thought, ‘Why not?’ I can have a baby. Maybe I’ll have twins and give them rhyming names,” she detailed in the prose. “Of course, the idea that I would have a child and raise it by myself at that age, when I couldn’t even find my way home at night, was ridiculous. My parents recognized that, so they acted like parents for one of the very first times in my life and took me to Planned Parenthood.”

But then later that year, it happened again and then she said she was barely able to afford another $230 fee Planned Parenthood charges for a “safe abortion”.

“Getting unintentionally pregnant more than once is irresponsible, but it’s still necessary to make a thoughtful decision,” writes Handler, 41. “We all make mistakes all the time. I happened to f— up twice at the age of 16. I’m grateful that I came to my senses and was able to get an abortion legally without risking my health or bankrupting myself or my family.” 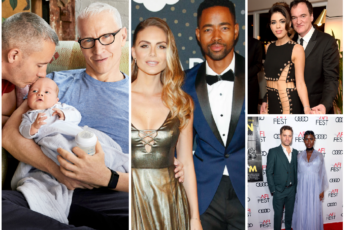