The Nigerian fashion blogger behind Hajarbie styled new Hijarbies after the two athletes who competed in the Rio Olympics in a hijab: sprinter Kariman Abduljadayel, the first Saudi Arabian woman to compete for her country and American fencer Ibtihaj Muhammad, the first US athlete to compete in a hijab.

Those two are the latest styled creations of  Haneefah Adam, a 24-year-old from Ilorin, Nigeria, who said she started dressing hijarbie because she too wanted a Barbie doll she could relate to as well.

“Ibtihaj Muhammad is the first US Muslim Olympian to compete while wearing hijab. She has won a bronze medal in #Rio2016. Super proud!” she captioned a photo of Muhammad.

“Sprinter Kariman Abduljadayel?inspires us with her effort and journey; as the first Saudi Arabian woman to compete for her country in #Rio2016,” she wrote of Abduljadayel.

“I’d never seen a Barbie with a hijab before,” Adam told Quartz, explaining that she wanted to dress the iconic plastic doll in a way that represented her own style. The pharmacology student designed and stitched Hijarbie’s new clothes herself.

Haneefah Adam is the creator of Hijarbie

In interviews with Mic and BuzzFeed, Adam explained that the designs are often inspired by looks worn by popular Muslim fashion bloggers.

“I was mulling about the idea for about three months while I was still studying for my master’s degree in the UK.

When I got back to Nigeria, I went to the mall, purchased a doll, dressed it up, documented it and here we are,” she told Style.Mic.

“I want [girls] to be inspired — this is about having an alternative and creating an awareness of having toys that adopts your religion and culture and in your own likeness, which at the end of the day, leads to an improvement in self-esteem,” she told Mic.

By Jeneba Jalloh Ghatt
HajarbieHaneefah AdamHijarbiesIbtihaj MuhammadKariman Abduljadayel
The Baby Name Simone is Ranked #821 in Popularity in the US, But that will Change Soon
Study: Pain Pill During Pregnancy Linked to Behavior Problems in Kids 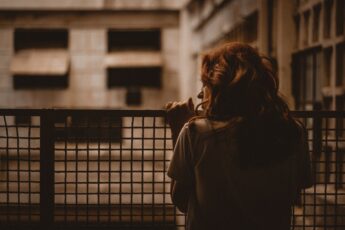 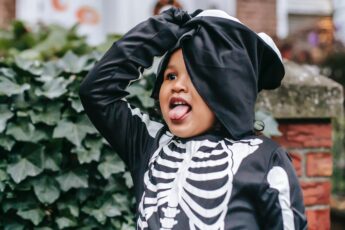