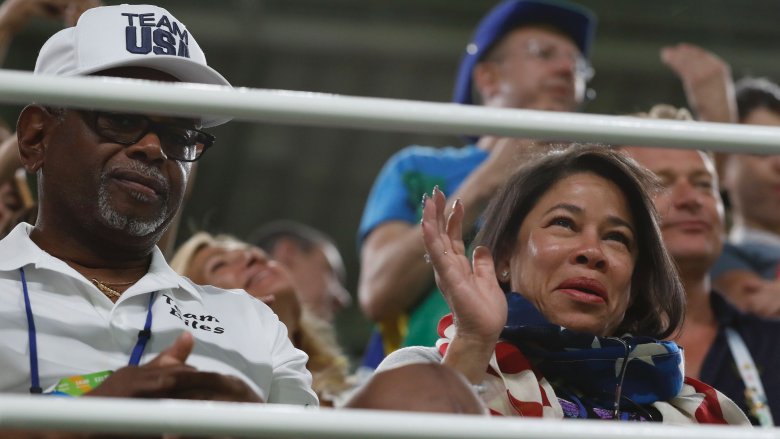 One NBC commentator is catching a lot of heat from the Adopted families community. Al Trautwig repeatedly refers to the adopted parents of US Olympic gymnast and Gold-Medal hopeful Simone Biles as her grandfather and his wife. While true, after finalizing the adoption, they got a new familial title.

Trautwig doesn’t seem to understand that it doesn’t matter what a family member was to you before adoption, once a child is officially adopted, the parental units on the adoption form become their mom or dad. End of story.

There really is no reason to ever refer to an adopted mom or dad of a child as anything other than that child’s mom and dad.

Biles grandad and his wife adopted Biles and her sister when the girls were taken away from their drug-addicted mom.

Yet, Trautwig defended his rude on-air characterizations after one Twitter member called him on it:

I can appreciate Carrie Goldman of Chicago Now‘s response:

As a journalist and also a mother through adoption, I think that NBC should do a better job of educating their commentators. When Trautwig publicly denies that Ron and Nellie Biles are Simone’s parents, it is a terrible blow to adoptive families everywhere. It threatens the legitimacy of Simone’s own self-identity. It is not Al Trautwig’s place to say whether or not Ron and Nellie are Simone’s parents. His tweet brings back the pain that adoptees feel every time they are told that their mom and dad are not their real parents.

My daughter was born to another mother. She, like Simon Biles, lived in foster care before she came to us. Her dad and I are her parents. To every adoptive mother or father out there, you ARE a parent. You are validated. You are real. Your love and devotion and time and sweat and unconditional love make you a parent. Don’t ask Al Trautwig. Go ask the sons and daughters who love you, who call out your name when they are scared or excited or lost or hopeful or sick or joyful. Adoption is about love and family and so much more than 130 characters in a Tweet.

Trautwig has since deleted the offensive tweet after being dragged by parents and adults who were adopted as children all across the internet. As when I last checked, he is still responding to people on Twitter coming for him. Good luck, dude.

He is the same guy who called another Twitter user’s mom in Israel because he didn’t like what the guy tweeted at him. ‘Can dish it but can’t take it’ much?

And, this is not the first offensive gaffe from an NBC commentator this Olympics which is only a few days old, might I add.

After Hungarian swimmer Katinka Hosszú blew away her competition in the  400-meter individual medley, broke the world record and scored a gold, commentator Dan Hicks credited her husband for the win.  After she won, the camera cut away to her enthusiastic husband/coach, Shane Tusup. That’s when Hicks added “and there’s the person responsible for her performance”. He too got roasted afterwards.

When will they learn? sigh