A Pew Research survey released  in 2013 found that 32% of Jews said they had a Christmas tree in their home the previous year.

It’s common especially in interfaith families among Jews married to non-Jews.  The survey found that 71% said they put up a tree.

More and more Jewish families are adopting Christmas holiday traditions like  putting up Hanukkah bushes and trees, and even Menorah trees in their homes.

With Christmas being such a major celebrated holiday and season in the United States, many parents of Jewish children have found a way to meld the festivities with their own religious practices.

You can get a Menorah tree for about $300 on Amazon.com

Recently, we’ve noticed many Jewish families hanging Hannukah stockings, and integrating the traditional festival of lights with the customs of Christmas. After all, much of the traditions aren’t really related to Christianity and some elements of Christmas trace back to pagan practices.

My mother is Roman Catholic and my father Muslim and more than anyone in the family, he looked forward to decorating the tree and exchanging presents.Over the years, it could easily be argued that the Christmas season has become secular to a certain extent.

That’s exactly what those who are critical say.  The reason it’s easy for non-Christians to adopt Christmas traditions is because the holiday has become  an excuse to get caught up with the consumerism that has taken over Christmas.

It has become less about the birth of Jesus Christ and more about an excuse to go crazy in the mall. Well…. 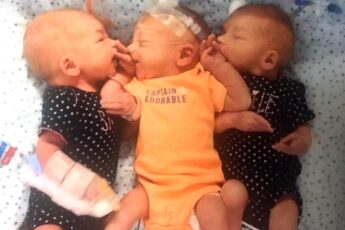