We have institutional memory of this stuff and we’ve come to the conclusion that Adrienne and Chris Bosh have THE MOST lavish and detailed-oriented celebrity baby showers of all time!

Before Vogue, Marie Claire UK and Glamour did their own versions of celebrity baby showers round up with more recent showers, we posted ours last January 2016. The original.  Here is ours again, in case you missed it (we’re going to have to update it later, though)

The 2013 Parisian-themed baby shower that the NBA star and his wife had for the arrival of their daughter Dylan Skye was over the top! It featured at least one dozen different, elaborate and exquisitely decorated cakes.

For party favors, guests, which included fellow Heat star player Dwayne Wade and his actress wife Gabrielle Union, got Neiman Marcus gift cards to take home. They also got to create their very own perfume.

The Garden-themed Southern shower they had to welcome their first child, now 3-year old Jackson, in 2012 was very cute but not as over-the-top.

Now that the star of the NBA‘s Miami Heat and his wife are expecting twin boys, we cannot wait to see what fantabulous extravaganza is put on the celebrate the arrival of the #BoshTwins, who already have their own hashtag and everything.

But first, let’s reflect on all the pristine, frilly, feminine cuteness that was Dylan (and Jackson’s) showers with these throwback picks. Divine Delicacies Custom Cakes, Jackie Ohh Events and Avante Gardens helped plan the event. 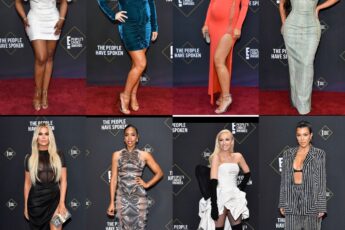