With a bevy of celebrities giving birth to twins, naturally, a lot of people suspect that IVF or some other form of medical intervention or technology was used to achieve these twin pregnancies.

And as celebrities are quite influential, their experiences (whether admitted or not) may convince more women to think it is the best solution to procreating when and if they happen to bump into troubles or if they wait to their later years to start a family.

However, the fact is that success rates for IVF depend on a number of factors, including the reason for infertility, where you’re having the procedure done, and your age.

The CDC’s national statistics on assisted reproductive technology (ART) procedures performed in the U.S., including IVF, GIFT, and ZIFT, reveal that IVF is by far the most common; it accounts for 99% of the procedures.

This is true even though success rates are relatively low.

Not that great of odds, but a lot of women and couples who can afford it still seek out IVF treatment.  A lot of it has to do with the pressure to quickly use technology after a few months of infertility even.

“There is a certain amount I think of fear-mongering that happens with women over 35,” says one woman in a trailer for the movie “Fertility: The Shared Journey with Mercier Therapy” which advocates a form of reproductive fertility therapy that involves re-alignment of the reproductive organs and pelvic region. “We don’t have time. We need to act now.”

The treatment’s creator, Dr. Jennifer Mercier, herself struggled to conceive and was disappointed with the drugs, the IVF process and started to question the IVF community. Eventually, through researching  and dedicating her life to alternative practices that were less damaging to the body and the purse, Mercier created an approach to conceiving that she says boasts a 5X more success rate than IVF for a fraction of the cost and a fraction of the stress to the couple and the body’s reproductive organs.

Her whole-body approach maintains the integrity of the woman physically and her reproductive organs remain unscathed, intact and free of drugs, Mercier promises.

Mercier currently is a Naturopathic Doctor, Midwife, licensed Massage Therapist and holds a Ph.D in Natural Medicine. She has been a women’s health practitioner since 1999.

It’s certainly a holistic and alternative solution but one some may want to consider when exploring other options to conception.

By Jeneba Jalloh Ghatt
ertility: The Shared Journey with Mercier TherapyJennifer Mercier
Parents Who Smuggled Kids Into US may Face Criminal Prosecution
Checklist: The 7 Things Expectant Moms Need to Do Before Baby Arrives 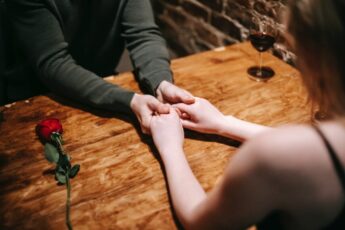