Yesterday, Adele did the universal subconscious hand over belly cupping that pregnant women do without even thinking, but only she did it in a photo that she posted on her Instagram account. You know what that means?

She triggered the bump watch brigade as speculation among her fans and followers immediately swarmed in social media that the 28-year old singer-songwriter is expecting her second child with husband Simon Konecki.

Recall that at the end of her North America tour, the multi-Grammy Award winner told the farewell tour audience that she was going to go have a baby, indicating that she will take her time off from touring to grow her family.

We know this may be a false alarm, but there have been several incidences in the past when a celebrity may have been pregnant at a time she was photographed cupping her belly but had not made any big public announcement confirming such news. Mariah Carey and Jennifer Lopez come to mind. (see above and actually Carey later miscarried, we believe)

We have blogged often about the “Bump Watch Speculation” which happens when a celeb woman has overindulged in a meal and is photographed by the paparazzi emerging from a restaurant, wears a dress with an unnatural bubble in it or gains a few pounds that show up in the belly area.  She is immediately presumed to be with child.

It could be nothing. Time will tell. We’ll be waiting. Stay tuned. (smile) 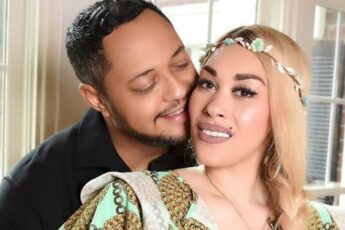