Between youth league team sports, school physical activity initiatives, and the variety of athletic lessons and skills that today’s kids participate in, there are tons of opportunities every day for kids to showcase either sportsmanlike qualities or the foibles of a sore loser.

Emotions tend to run high, especially in younger children, making it even more difficult for them to display themselves as a good sport. There are several ways that parents and authority figures can help kids to become sportsmanlike competitors; these are a few of the simplest and most effective.

1. Model Sportsmanlike Conduct – Kids learn by emulating the adults that are important to them, so it’s imperative that parents, coaches, and caregivers model good sportsmanship at every opportunity. That means applauding good plays regardless of who made them, keeping negative comments and criticisms to yourself, and never making a child feel bad about himself because of an athletic mistake.

2. Don’t Focus on Wins and Losses – Instead of focusing on the wins and losses of a kids’ sports team, adults should concentrate on acknowledging good plays and offering supportive assistance to build skills that children are less confident in. Emphasizing the importance of playing to the best of your abilities rather than obsessing over a win helps kids feel less absorbed with scoring and allows them to be more in tune with teamwork and dedication.

3. Never Reward Excessive Aggression – A child that delivers a win through overly-aggressive conduct should be congratulated on her success, but also encouraged to do so in a manner that can’t be construed as bullying the other players on the field.

4. Instill a Sense of Pride – When children are praised and taught to feel a sense of pride in their athletic accomplishments, parents and coaches can also help to instill a sense of humility. Kids that learn the difference between confidence and cockiness are also beginning to understand the concept of sportsmanlike conduct versus swaggering conceit.

5. Emphasize the Importance of Having Fun – At a young age, even budding athletic stars are still learning the fundamentals of the game and are beginning to build the foundations of skill. Kids that feel pressured to perform beyond their means or are forced into participation are not only almost certain to grow to resent their sport, but also to become more focused on winning at all costs. Keep kids’ sports focused on having fun, working together and building skills that may be valuable in the future.

6. Don’t Coach From the Bleachers – In addition to embarrassing your child, shouting at his teammates, coaches, and the other team from the sidelines is a great way to teach kids exactly how not to behave. There’s nothing sportsmanlike about railing the other team, berating children for a fumble, or badmouthing a coach your child looks up to. Remember the first rule of teaching kids to be a good sport is to model that behavior yourself, and this includes refraining from taking on the head coach role from the bleachers.

7. Point Out Good – and Bad – Conduct in Professional Athletes – The Olympic Games and other sporting events provide parents and coaches with a great opportunity to point out stellar sportsmanship, but it can also create talking points for discussing bad conduct on the part of a professional athlete or sports figure. When major sports names make the news for either a temper tantrum or an impressive display of grace, talk about it with your kids. Ask them how they feel about the situation, creating a dialogue that allows you to both hear what your child has to say and pass along the wisdom that you’ve learned over the years.

8. Discouraging kids from looking up to trash-talking, insulting athletes who make a name for themselves by bashing their teammates and opponents is one of the most important steps to helping them learn to be good sports themselves, as children will model their own behavior after that of their heroes. While you can’t control who your kids look up to, you can calmly and gently point out their favorite stars’ attitudes, when they’re someone to look up to, and where they have room for improvement.

Remember, though; badmouthing a rude professional athlete to your child isn’t likely to be viewed by her as much different from that athlete threatening to pulverize his opponents.

Choose your words carefully, and help your kids become the best sports they can be. 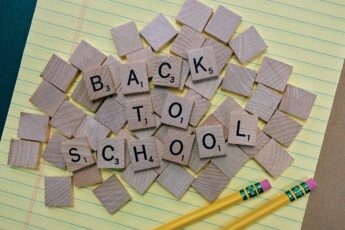