Even though actress Naturi Naughton is counting down the days until she welcomes her first child with her longtime beau Ben, she hasn’t stopped working.

In fact, the petite bombshell has been making the rounds at Upfronts and other talk shows promoting this season of her hit STARZ network show, POWER.

Naughton, who is also famously known for being one of the three original band members of the 2000s R&B singing group “3LW” along with Adrienne Bailon, plays the family matriarch on the show opposite football player turned actor Omari Harwick who serve’s as Naturi’s onscreen husband. James “Ghost” St. Patrick.

A few weeks back on June 26, she stopped by ABC network morning show Good Morning America to promote the show alongside her co-star and the show’s executive producer Curtis “50 Cent” Jackson, who plays villain and  Ghost’s arch nemesis Kanan.

On her character, Naughton explains, “Tasha really evolves. She becomes a stronger woman,” adding about the power couple mom who must stay strong and take over the family when her husband is sent to jail for a crime he didn’t commit. “She also kind of takes control as a mother. Ghost is in prison and, honestly, she has to pick up the pieces. When you watch this season, you’re going to be like, ‘He left her with a bunch of mess.’ We don’t know what to do because our lives are kind of shaken.”

Host Robin Roberts sent the mom to be off with some gifts including  onesies with the words “Girls Have Power” and “I Love Uncle 50” with a tray of Rice Krispy Treats which Naughton expressed in an recent interview has been on of her pregnancy cravings.
Watch 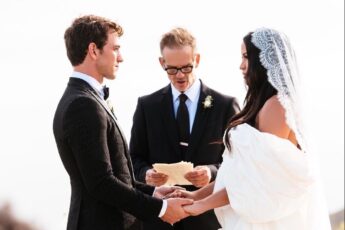