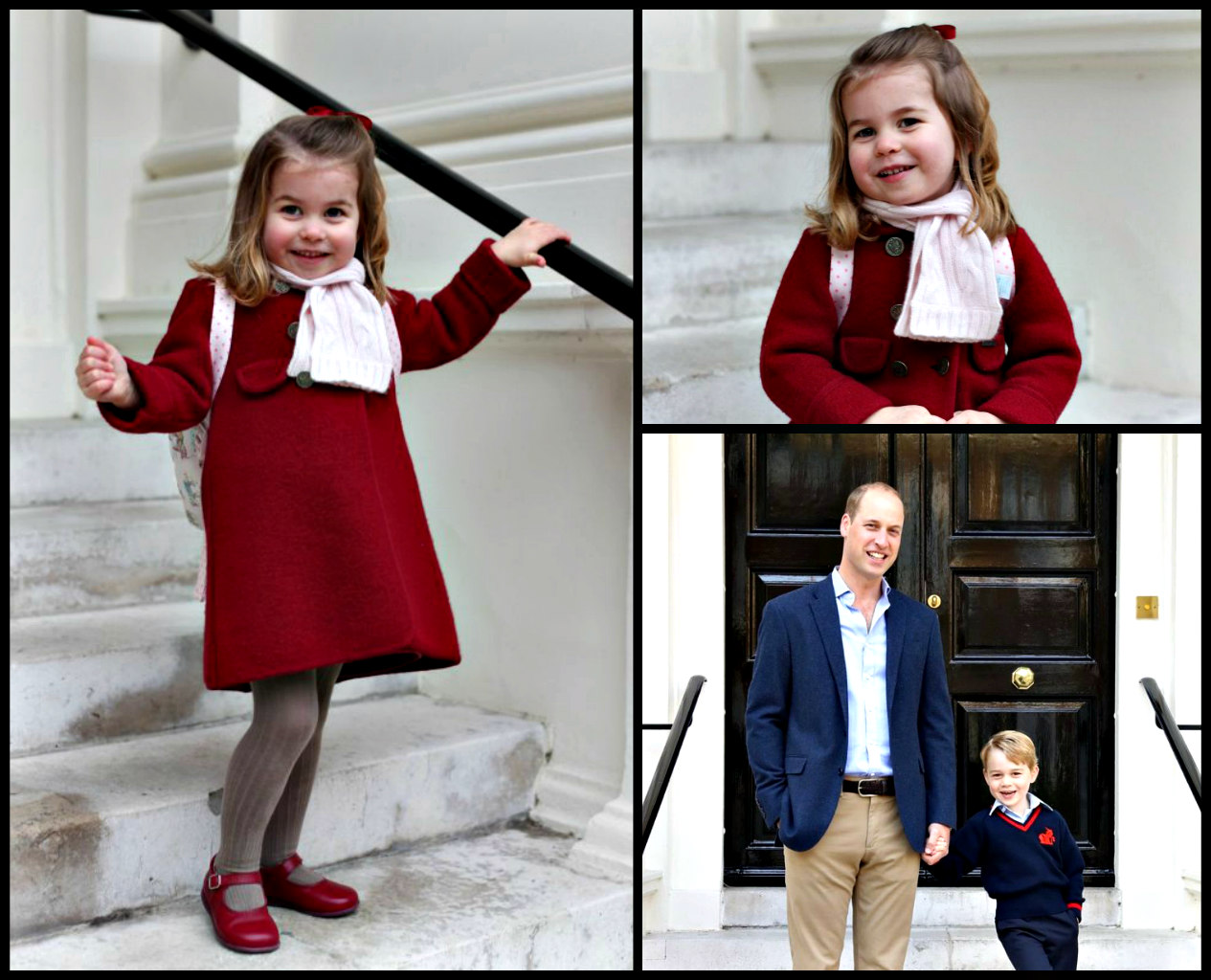 Princess Charlotte started her first day of nursery school last week and she charmed the pants off of audiences that peeped the adorable photos her mom Duchess Catherine took of her the morning of.

The photos were taken right before she made the 5 minute walk to Willcocks Nursery School from the Cambridge’s London home. William and Kate released a statement along with the photos.  Big brother Prince George started primary school at Thomas’s Battersea in September, a £20K-a-year family-run establishment situated in an old grammar school in Wandsworth.

Apparently, the young princess, like her brother, already speaks two languages, so she will be ahead of the other students who attend for the price of £3,000  per school term.

According to the Metro UK, Princess Charlotte has been practicing with her Palencia-born nanny, Maria Teresa Turrion Borrallo. A source is reported to have told People magazine the young Princess has learned several Spanish phrases and is ‘very sweet and very confident — she’s always chatting away’. The source also described her as ‘so polite, but also fun and energetic,’ adding, ‘She has beautiful manners.’

Charlotte was styling as well in the first day of school photo in a double-breasted burgundy Razorbill style coat by Amaia Kids,  Mary Janed with hard sole in maroon by Spanish designers Doña Carmen,  and a soft cashmere scarf by Marie Chantel which offers a collection of luxury children’s merchandise. It was founded by Princess Marie-Chantal, wife of  Crown Prince Pavlos, the eldest son of King Constantine II of Greece.