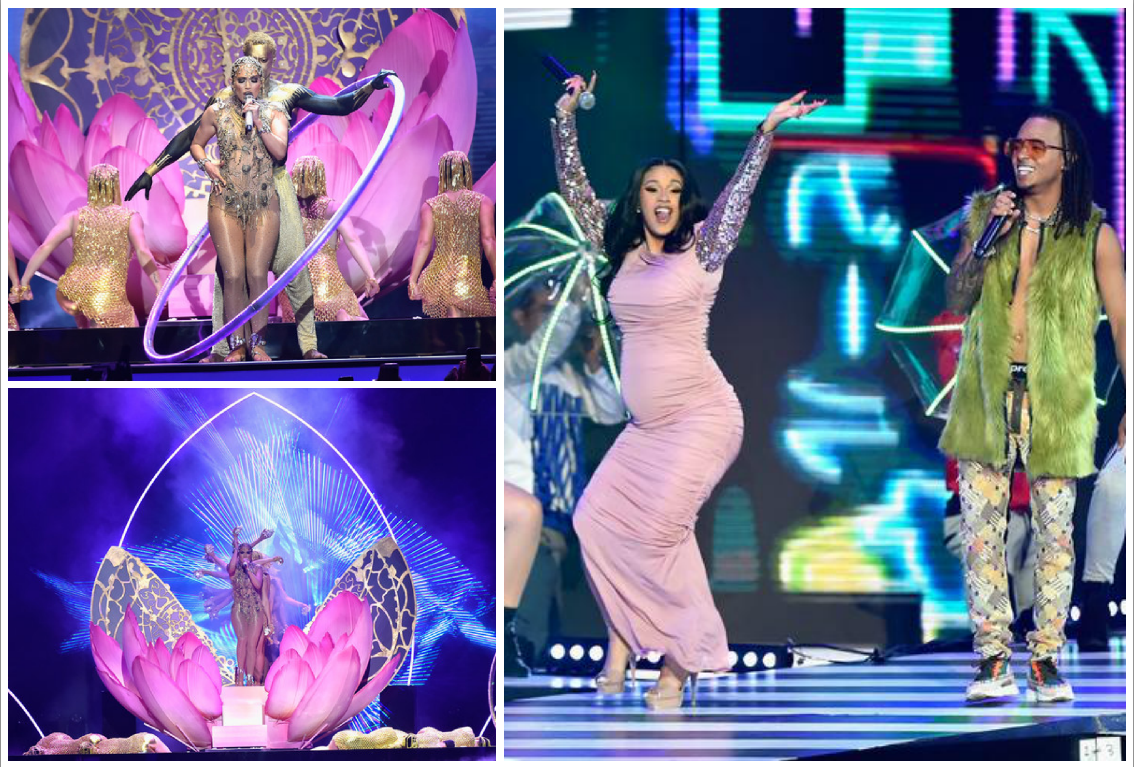 Mom-to-be rapper Cardi B and singer-actress  Jennifer Lopez performed onstage  this weekend at the 2018 Billboard Latin Music Awards at the Mandalay Bay Events Center on April 26, 2018 in Las Vegas, Nevada.

Each year, singers, rappers and other recording artists with roots in Latin music cross over into American and Global industries. These performers are honored annually at this award show which recognizes sales and chart toppers. 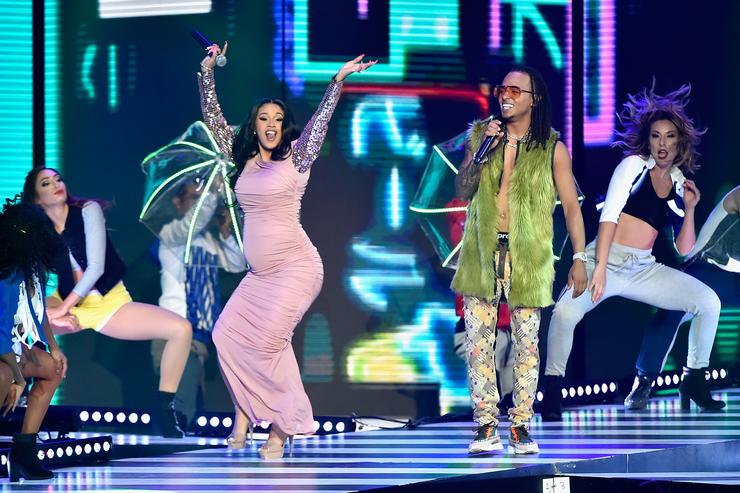 She later took to her Instagram page to thank the Latin Billboard Awards for giving her an opportunity to perform. The Bronx native did so in Spanish before being briefly interrupted by her fiance rapper Offset of Migos.

Though Jennifer Lopez wasn’t nominated for any awards, she did use the occasion to debut her  new song “El Anillo” during a very elaborate staging. The mom to twins showed off her voluptuous figure in a nude bejeweled body suit.

Had such a great time at the #LatinBillboards @JLo killed it such an amazing performance #icon pic.twitter.com/uapaYdC6zG

During the show, the guys took many of the awards especially Luis Fonsi, Daddy Yankee, and Justin Beiber whose hit song “Despacito” was a staple on the airwaves all last year.