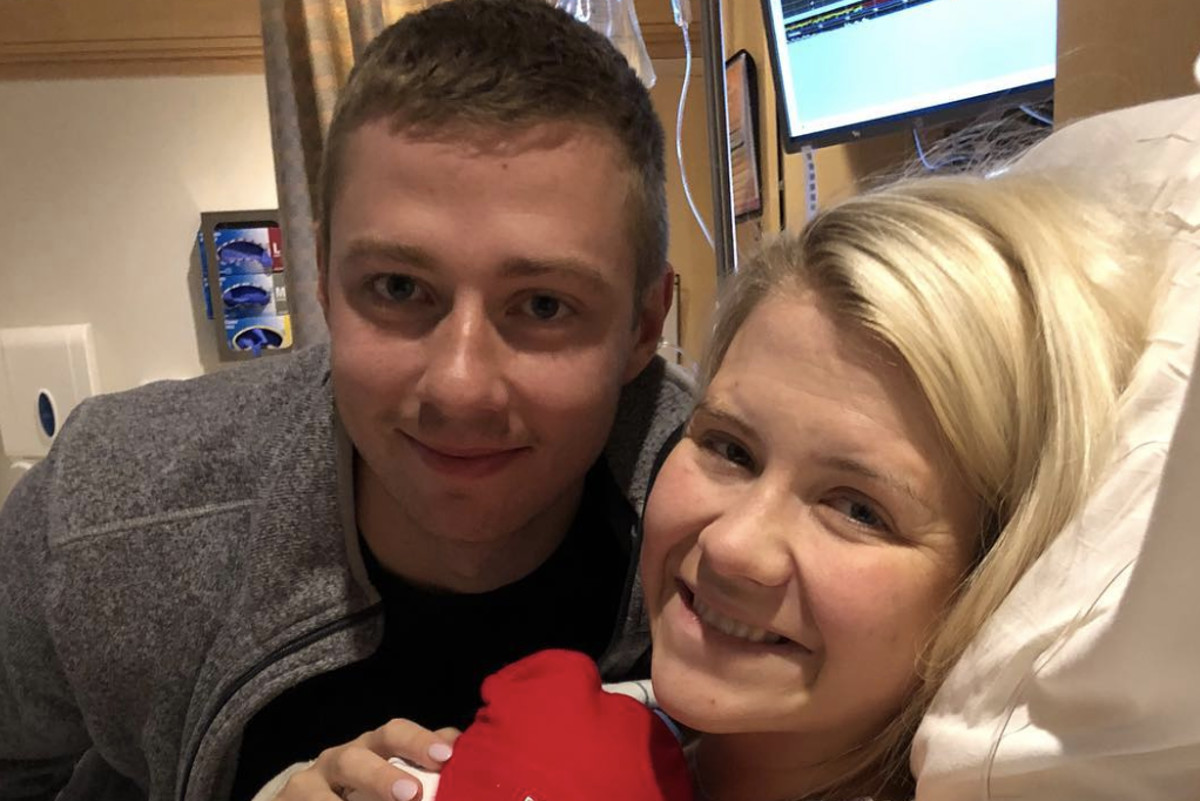 Smart shared a photo from her hospital bed, with Gilmour by her side and her newborn daughter in her arms. “So happy to welcome Olivia to our family,” the caption read, alongside five heart emojis.

Smart, 31, announced she was expecting in June, when she shared a look at the sonogram. “Pretty HUGE news!!!!!! We’re expecting baby #3 in November!!!!” she wrote on Instagram.

he journalist and advocate for missing children and her husband have two other children, 1-year-old son James and 3-year-old Chloe, who can often be seen on Smart’s Instagram page.

The couple married in 2012 during a private ceremony in Hawaii, reports PEOPLE. They live in Park City, Utah.

Smart gained national attention in 2002, when she was kidnapped at knife point from her home in Salt Lake City by Brian David Mitchell and Wanda Ileen Barzee. Nine months later, she was rescued on a street in Sandy, Utah. She testified that she was raped and tied up while being held captive.