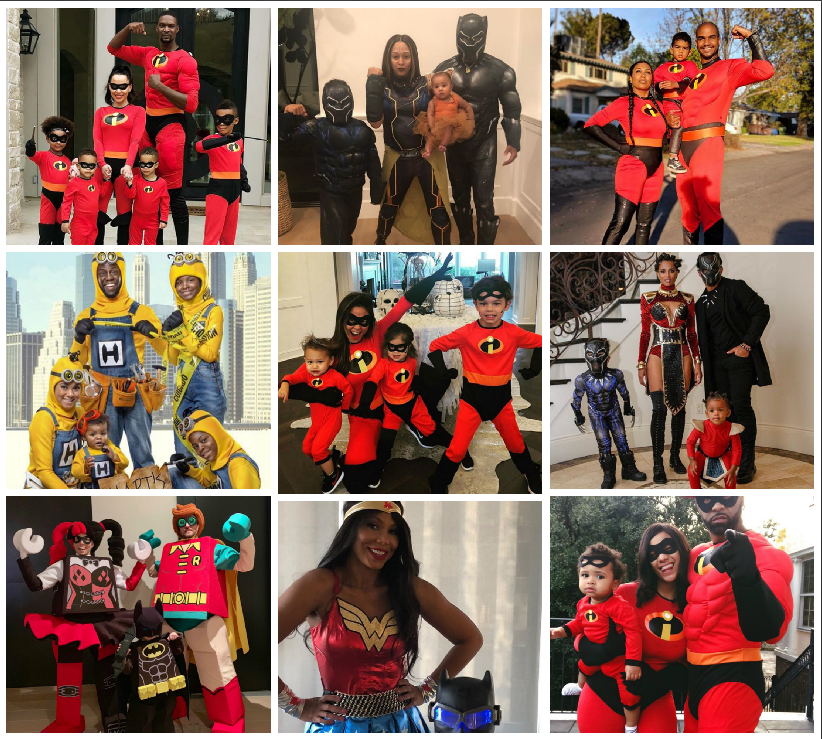 Here are some additional amazing celebrity family Halloween costumes from this year that rocked! And one thing I’ve noticed while pulling this together using their respective Instagram photo shares is that the Super Heroes theme was the preferred costume.

On top of that list, about 4 families did the Incredibles this years. In years past, Mariah Carey and The Baldwins among other families had gone with that group costume option. Here is a quick run down of other fabulous costumes including some amazing over-the top ones that are not super heroes but are from popular movies and other pop culture figures. 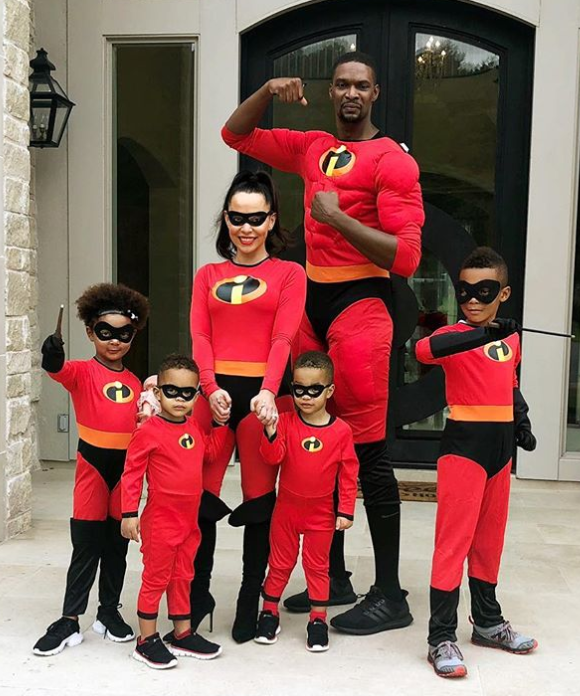 Adrienne and Chris Bosh and family as The Incredibles 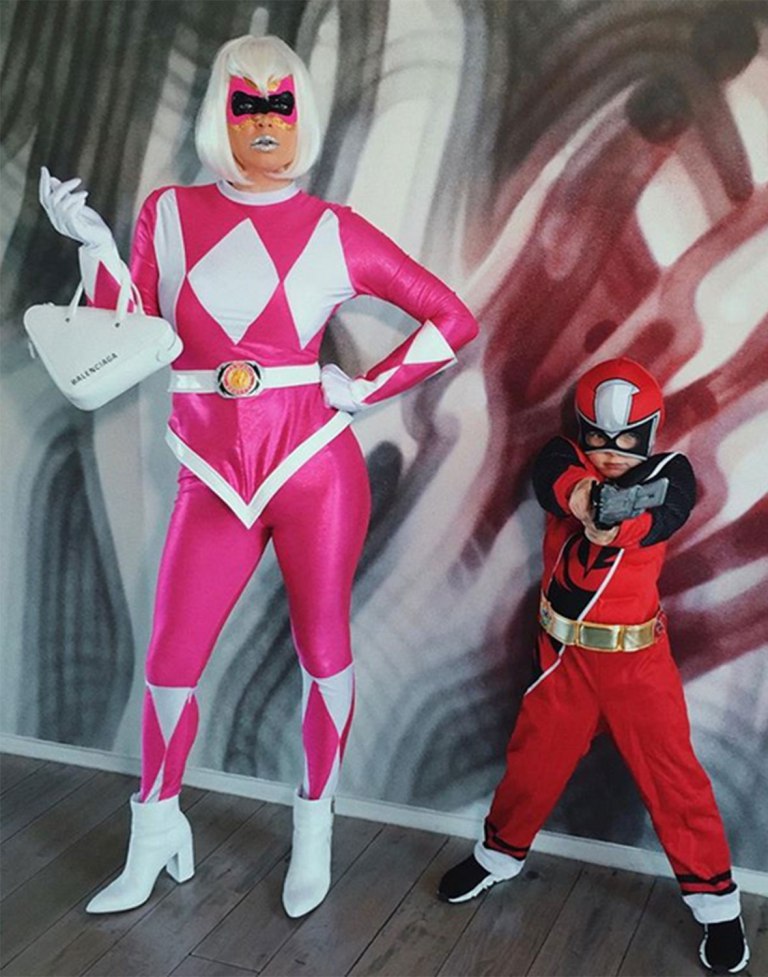 Fergie and her son Axl were are super heroes Power Rangers 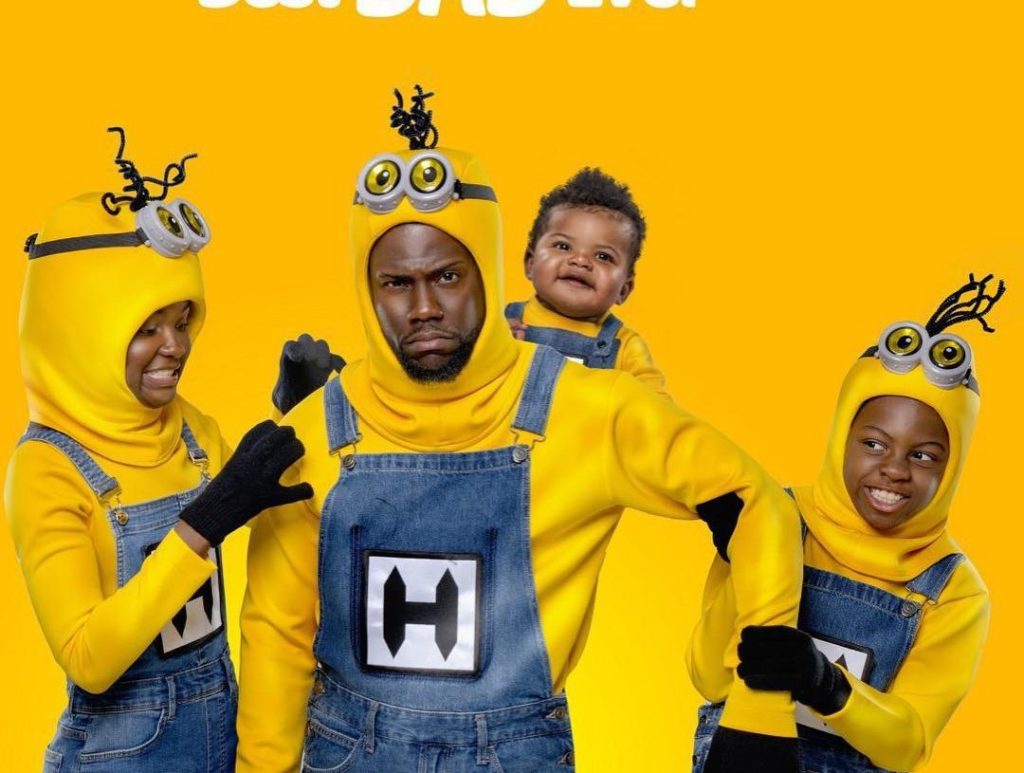 Kevin Hart and family as Minions 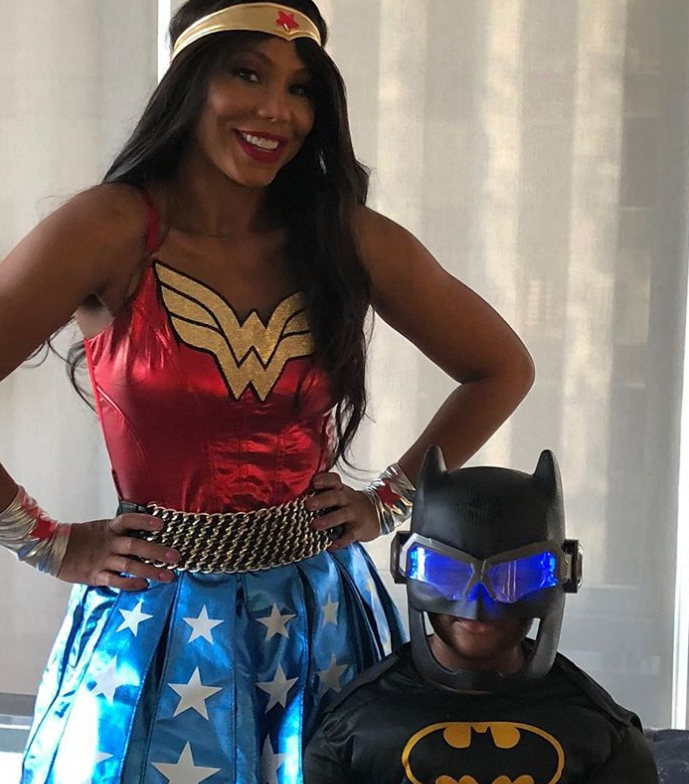 Wonder Woman Tamar Braxton and her son Logan as Batman 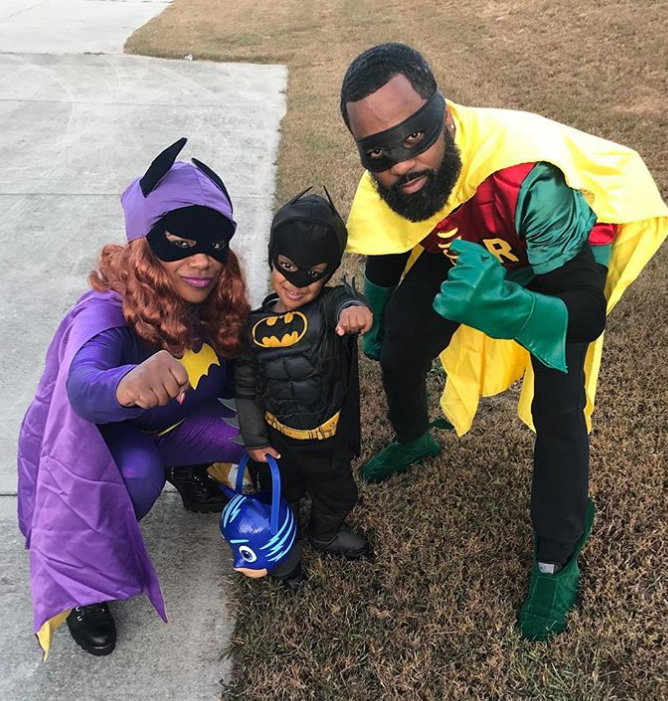 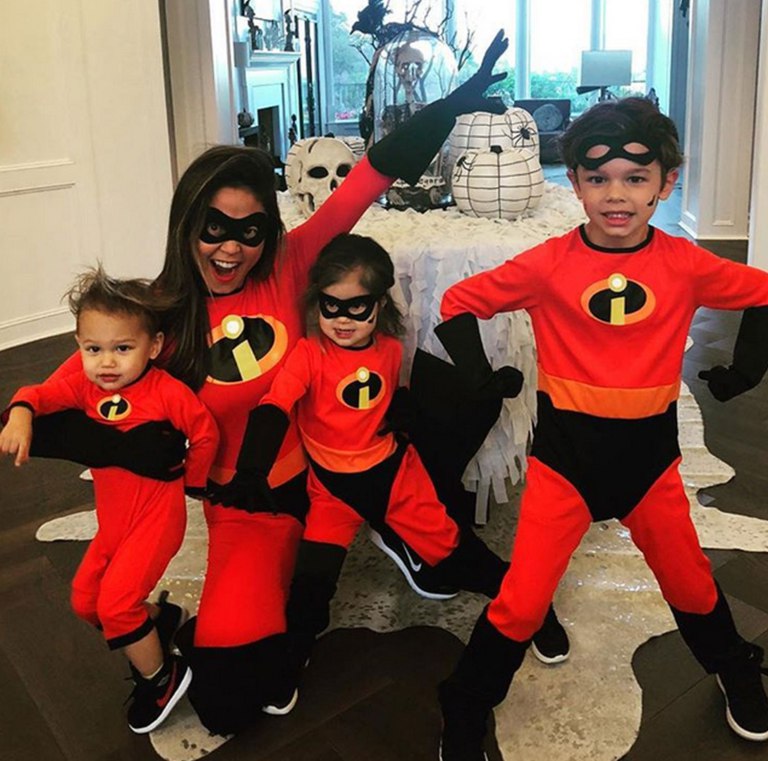 Vanessa Lachey and her kids were also The Incredibles. 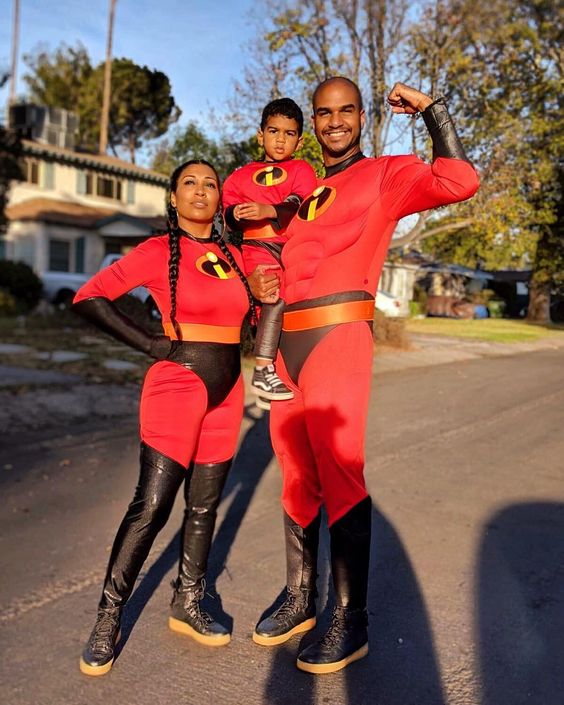 Singer Melanie Fiona and her family were also The Incredibles 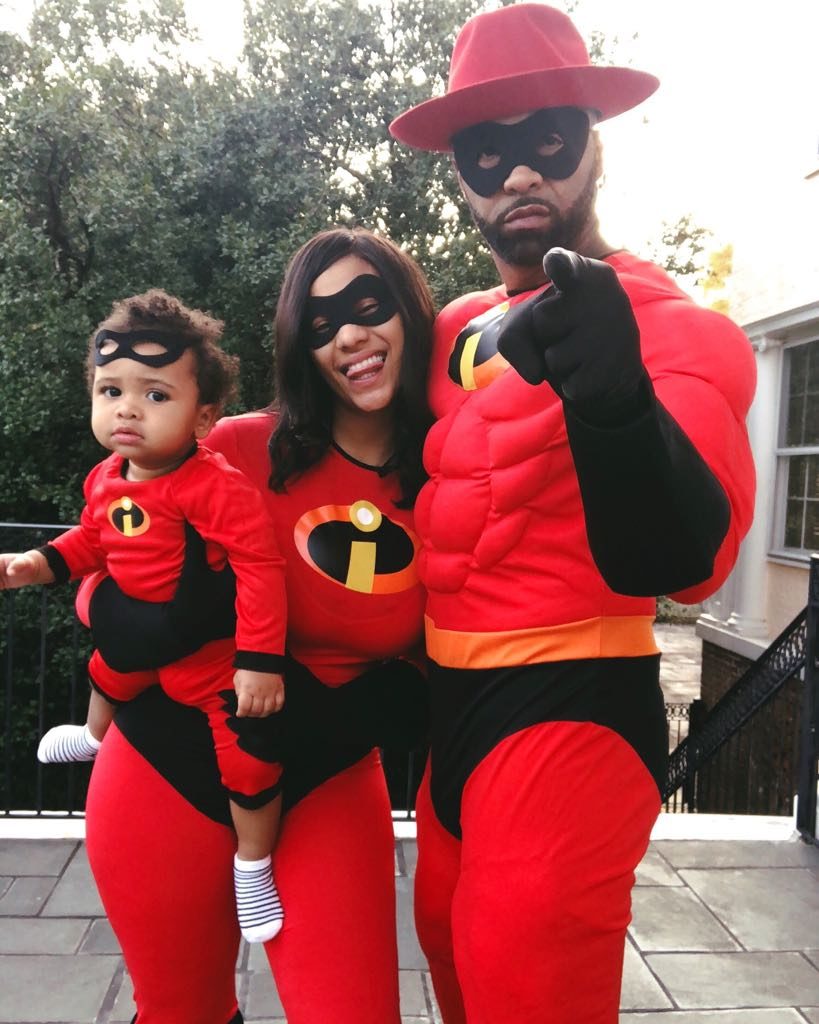 And finally so was Cyn Santanna and fam 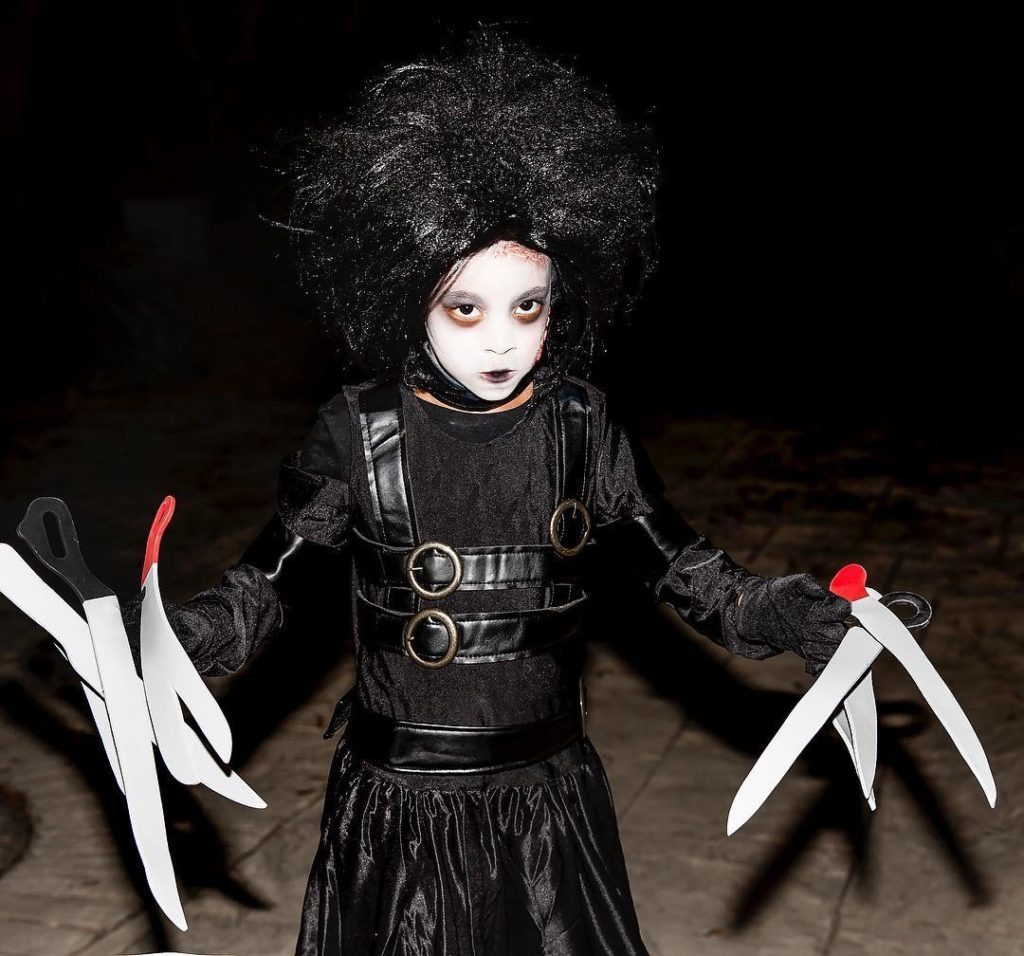 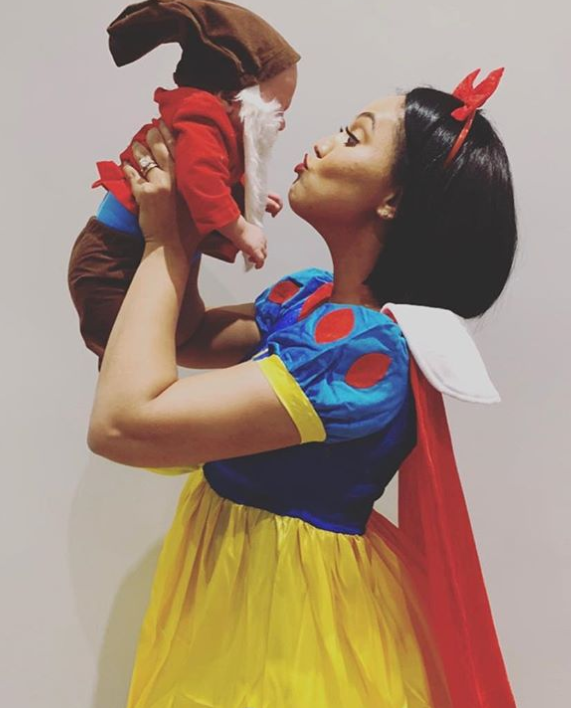 No doubt Ayesha Curry as Snow White and her 4-month old son Canon as a Dwarf were the cutest! 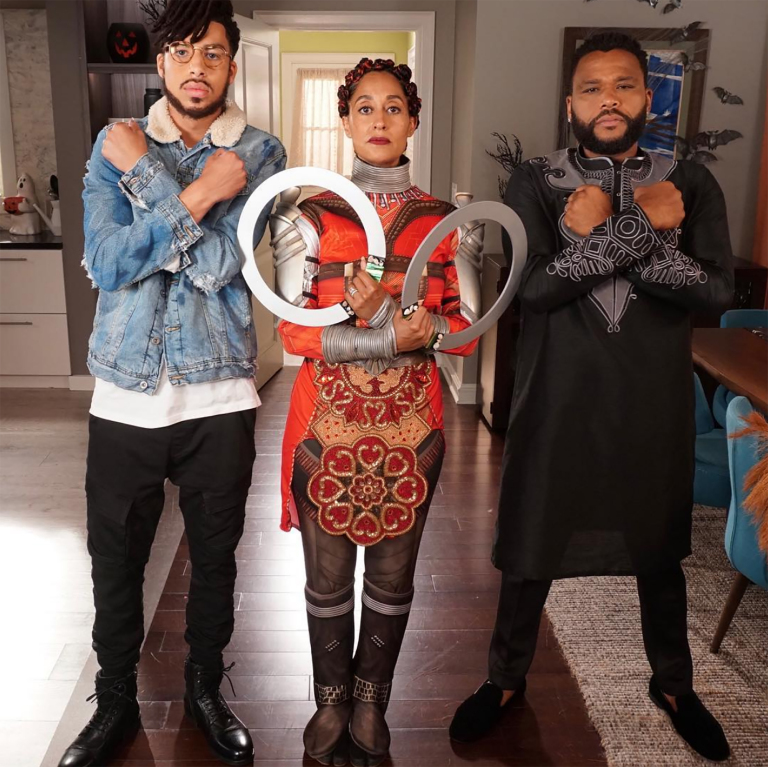 Not a family costume but here is Marcus Scribner as Erik Killmonger, Tracee Ellis Ross as Nakia, and Anthony Anderson as T’Challa from Black Panther 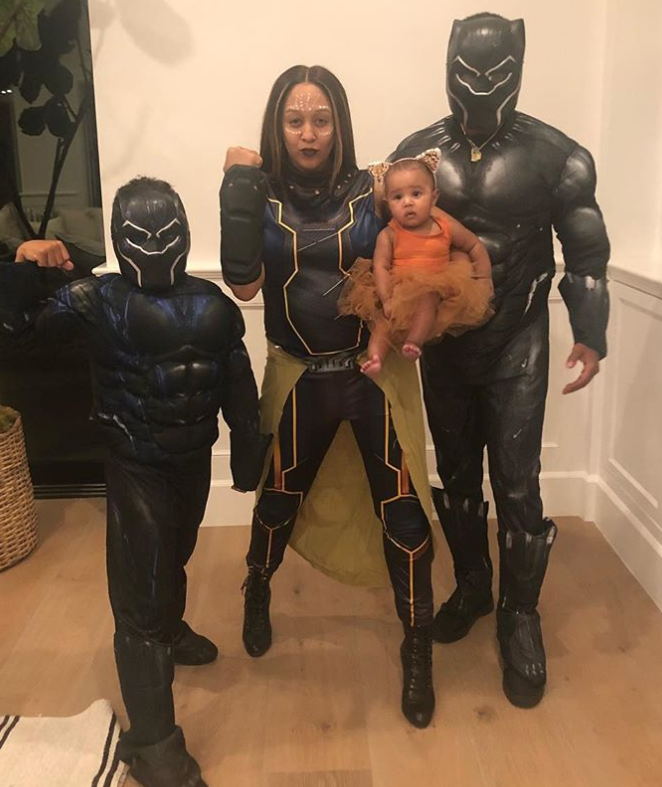 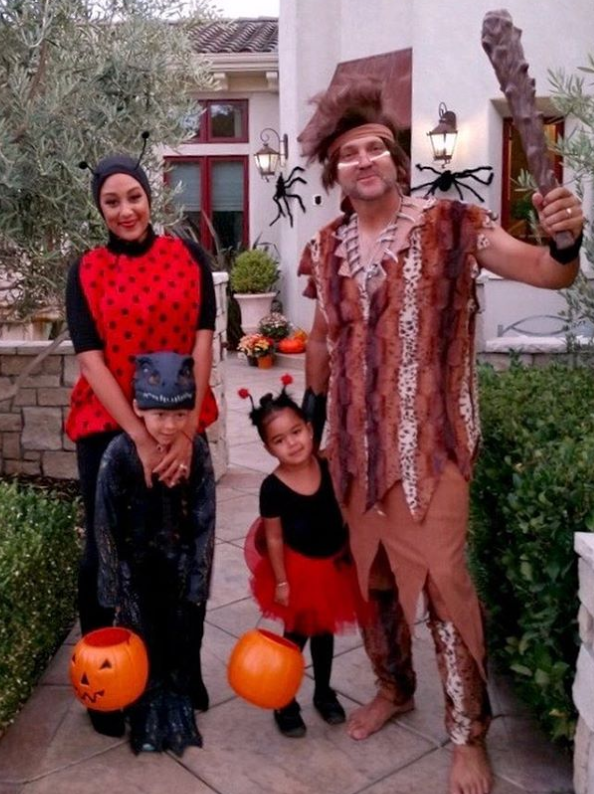 Her sister Tamera Mowry-Housley and her daughter were lady bugs with husband Adam Housley as a cave man and their son Aden a dinosaur. 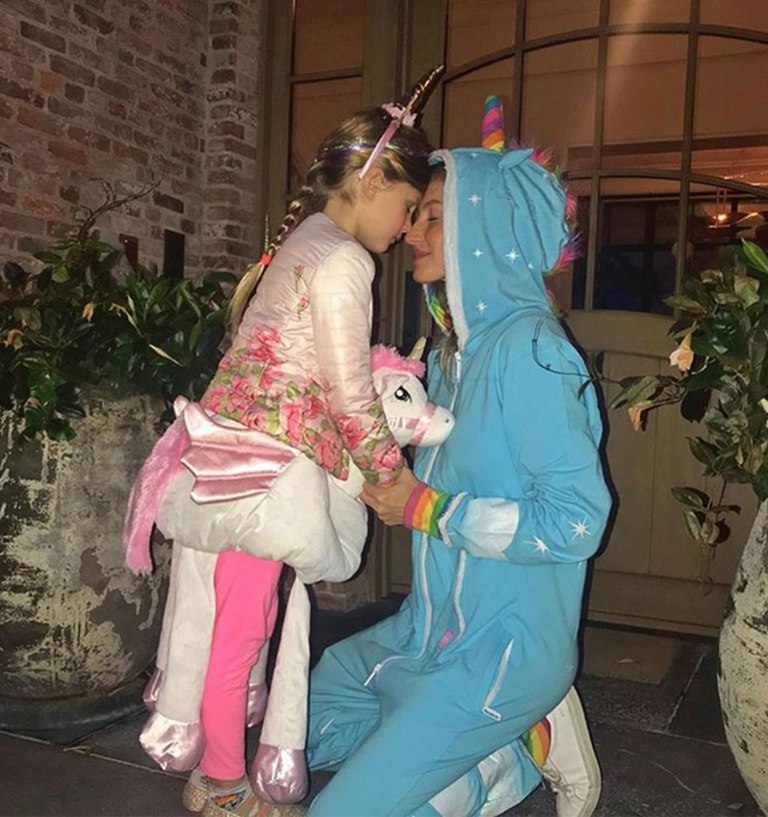 Gisele Bundchen and her daughter were unicorns. 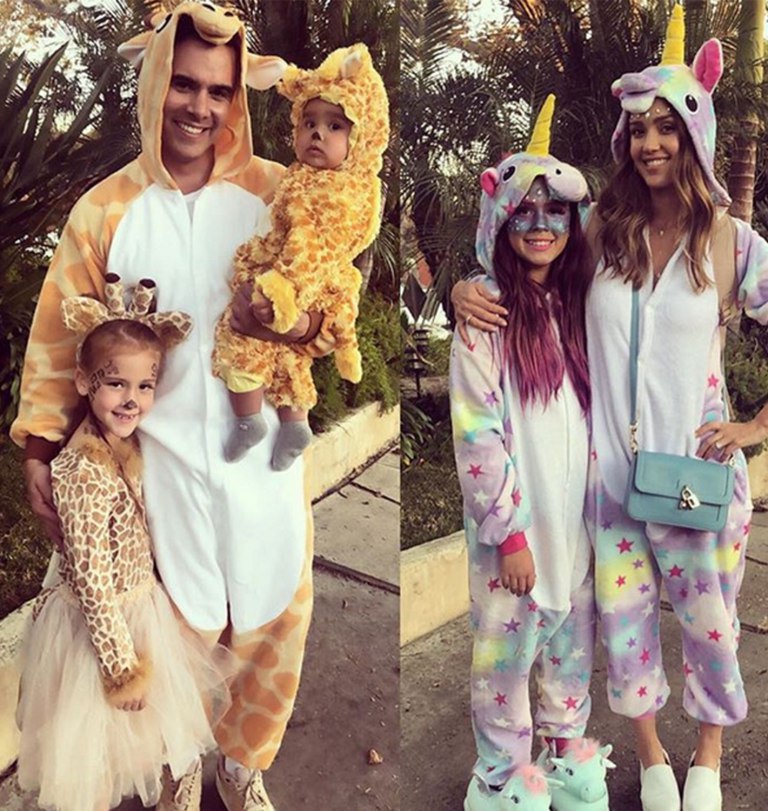 As was Jessica Alba and her daughter while her hubby Cash Warren and their other kids were giraffes. 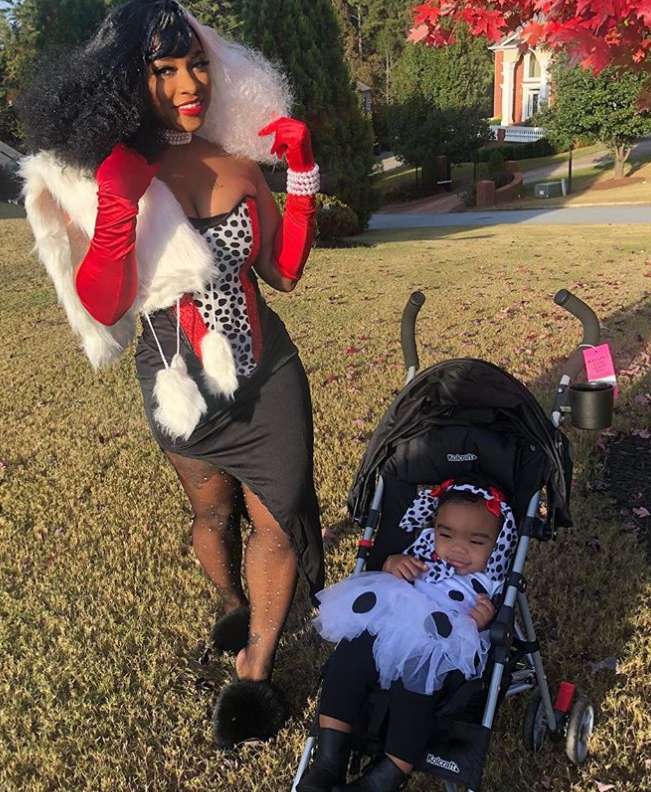 Toya Wright was Cruella DeVille and her daughter a dalmatian 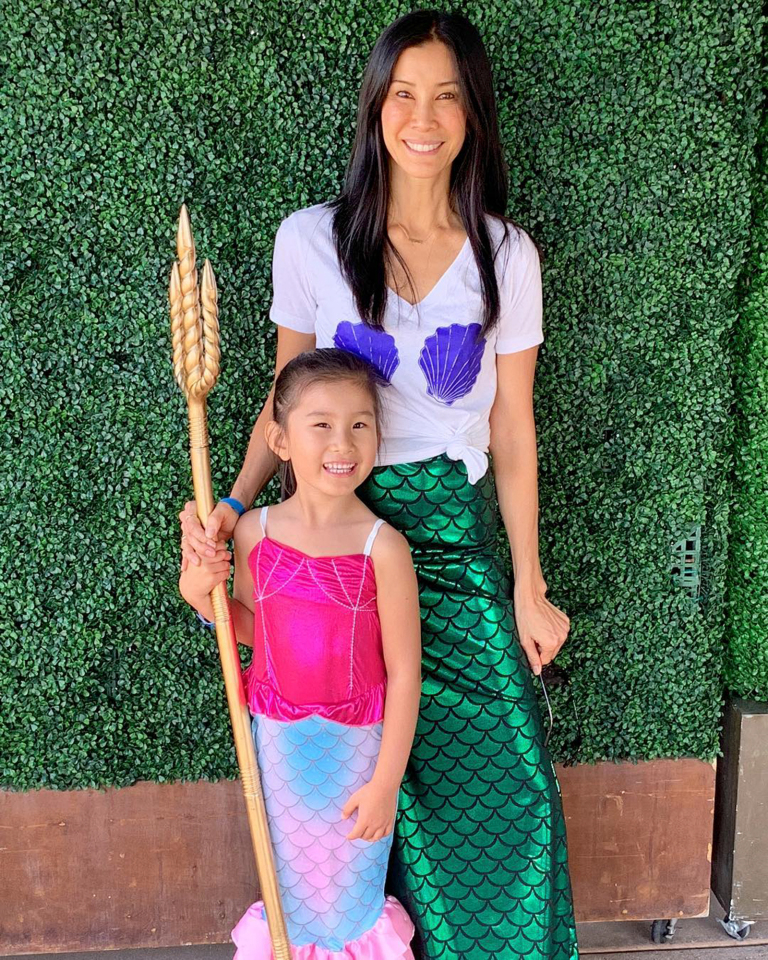 Lisa Ling and her daughter Jett were mermaids 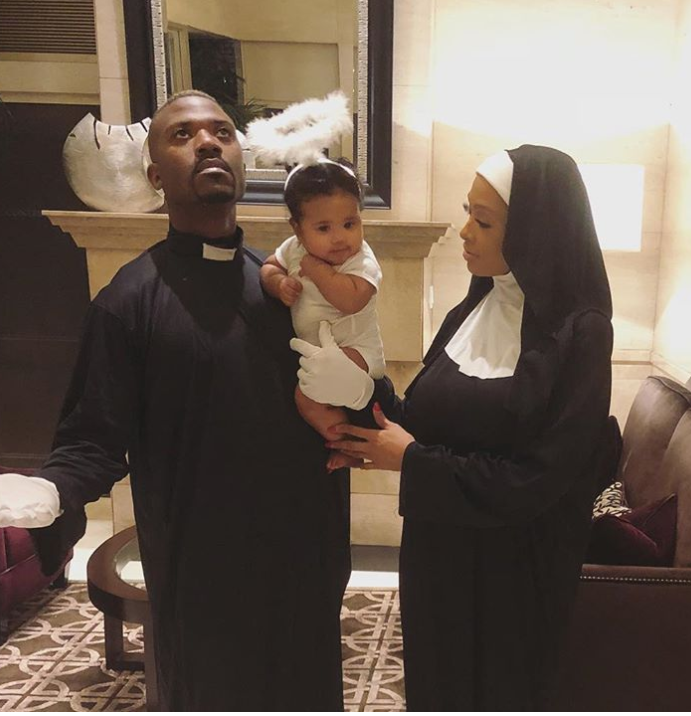 Ray J and wife Princess Love and their daughter were Holy figures, a priest, Nun and angel. 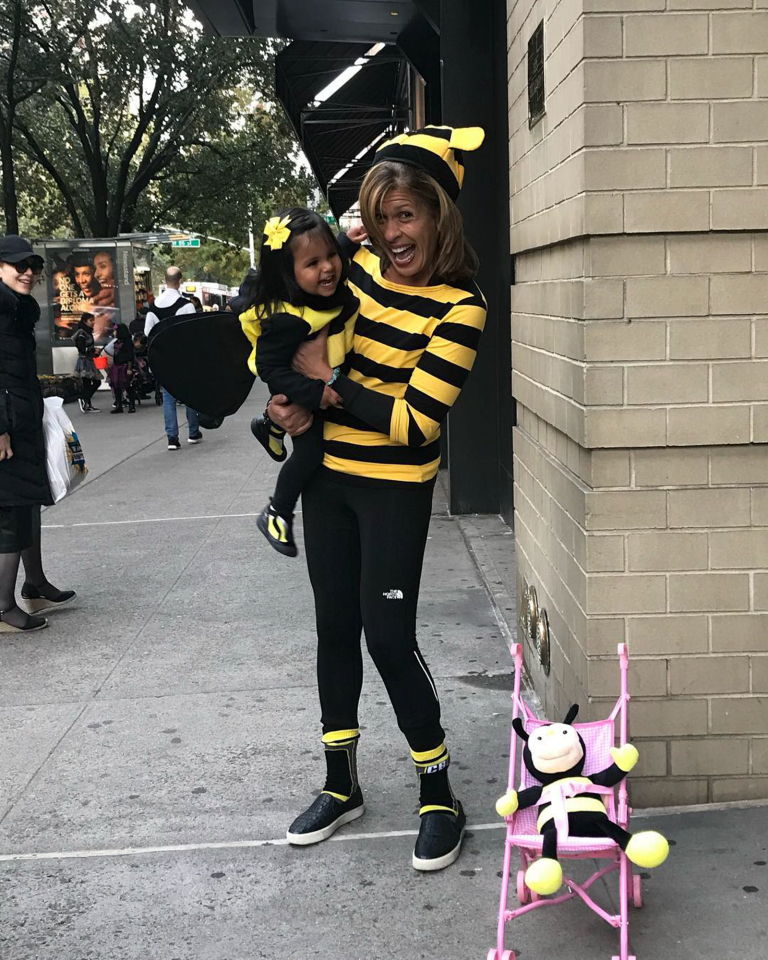 Hoda Kotb and her daughter were bumble bees.