While reading about BravoTV‘s reality TV star of Southern Charm Kathryn Dennis‘ drama with her ex and co star Thomas Revenel, I learned that the couple actually beat Kim Kardashian and Kanye West to naming their son Saint.

Dennis and Revenel welcomed their second child together St. Julien Rember Ravenel on November 9, 2015 and the Wests’ first son Saint West was born a month later on December 5, 2015.

It was shocking for me to also learn that Dennis reconciled with Ravenel and decided to have a second child with him despite what she said he put her through. In a very recent interview with PEOPLE magazine in advance of the show’s Season 6 premiere, Dennis claimed Revenel sent her away to another city, forced her to hide her pregnancy and birth of their first child, a daughter.

“I was removed,” Dennis, told the celebrity and entertainment magazine. “He moved me immediately to a different state, kept my pregnancy a secret until the day I gave birth.”

Dennis was 22-years old at the time and Revenel, the son of former South Carolina Congressman Arthur Ravenel Jr., ran as an Independent candidate for the United States Senate that year.

I won’t say more as those two are in a bitter and contentious custody battle with explosive allegations about each other’s fitness to be a caregiver that you can read more about here. 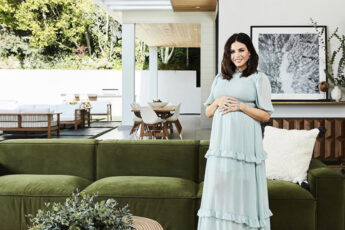