One of the best photos of today’s US Women’s National Team defending VICTORY against the Netherlands in the 2019 FIFA Women’s World Cup Championship was a photo of the only mom on the American team, Jessica McDonald, and her 7-year old son, Jeremiah, sprinkling confetti on her head.

Before the tournament, The Associated Press ran a feature late last month on McDonald, who made her debut at the start of the second half against Chile during round one.

About her son being able to appreciate the magnitude of what his mom was about to do, McDonald said, “he doesn’t fully understand, but at least he’s at an age right now where he’s actually going to remember this.”

“I tried to explain to him: ‘Buddy, we’re going to the World Cup,’” the American forward remembered. “And he’s just like: ‘OK, can I have a toy now?’”

McDonald is a marvel to her teammates, who are amazed the 31-year old can balance her mommy duties with professional sport, solo.

“I don’t know how she does it,” midfielder Morgan Brian said in the report. “It’s pretty remarkable when you think about it and know how much we sacrifice and we put into this team and how much effort off the field that we have to give, and to know that her time is limited off the field and recovering and doing all the things that she needs to do. It’s pretty impressive that she’s here at this level.”

Left back Crystal Dunn is also stunned by McDonald.

“She’s always talking about how early she has to wake up to make sure Jeremiah is taken care of,” Dunn said. “I wake 10 minutes before training and I’m annoyed training gets pushed up earlier and earlier sometimes. But her ability to balance life is just incredible and I think, hopefully, going forward more women choose her route and not feel like they have to choose their career over having a family. I think the new generation is going to feel like they have the option of doing both.”

Traveling to France maybe new to Jeremiah, but being on the road with mom is not new because he has been her road dog since birth.

His mom has played for Melbourne in Australia and for professional teams in Chicago, Seattle, Portland, Houston, Western New York and North Carolina.

Though McDonald has used her teammates as baby sitters, there is a lot of work still to be done towards more rights for working moms on the club level of teams.

“There hasn’t been any positive steps for moms in the NWSL,” McDonald said. “Now we’re kind of getting our heads together, getting ideas together, and so now we can start somewhere as moms. … Child care is not cheap. And if you look at our paychecks and you look at child care, there goes our paycheck. How are we going to eat? So yeah, it’s needs to change. We need to do something about it, being helped financially at least.”

We know now that after today, and all the rallying cry for the US Women’s Team hopefully may be on its way to finally getting parity with the US Men’s team which earns about $13,000 per game while the women earn under $5K, while being more successful and generating more excitement, titles and wins than the men’s team.

Come on man, These are the champions!

Also, Nike knocked it out of the park with this ad: 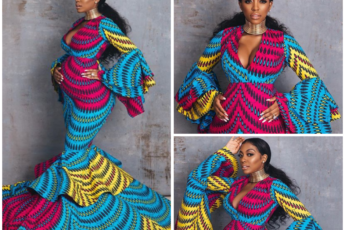