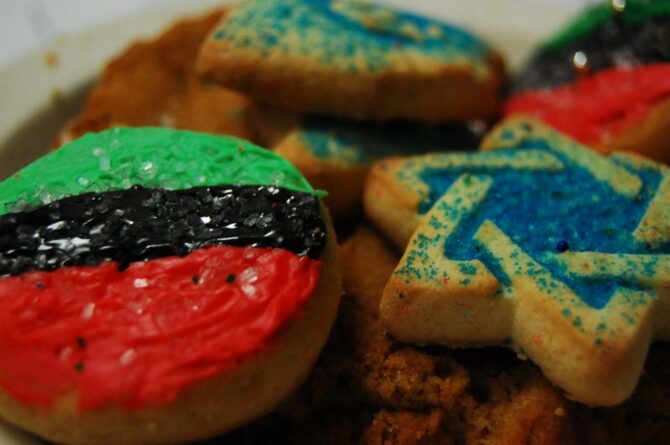 The first day of the Jewish Festival of Lights started yesterday, December 22. It’s one of the few times that Christmas and Hanukkah will be celebrated the time time. Now if you consider the fact that Christmas technically is 12 days, and Kwanzaa starts on December 26, this year three of the most commonly celebrated holidays during this season will overlap.

Now if you are parents to a mixed religious household or came from one, you know how amazing this could be.

The scholarship and surveys of inter-religious households are scarce however, in  2008, the Pew Research Center found that over one-quarter of people lived in religiously-mixed households.

For certain, over the next 11 years, that number has grown exponentially, probably.

Also, PBS pointed out that most interfaith families usually decide to pick one religion and stick with it; but it also has quotes from families who embrace both.

As a person who grew up with a Catholic mother and a Muslim father, I have experienced this type of inter-religioug home upbringing and have the opinion that interfaith marriages are even harder than interracial ones. [You can fight me on that]

In my dad’s religion, the children are supposed to practice Islam but up until I was about 5 years old, he didn’t actively practice but when my sister was born and after our Islamic “Naming Ceremony”, my mom decided that she didn’t want to raise religion-less kids so she took us kids to church. For 12+ years, I was a Christian until I turned 17 and my dad found Allah once again and started taking us to Arabic school, and a cultural program in the Washington, DC area.

At that age of advanced adolescence, my Faith set as a Christian had already set in and I would question the scribes and the teacher’s interpretation of the Qua-ran, which I found conflicted from the Holy Book.  That turned me off and confused me so much so that I looked forward to going off to college the next year so I could practice NO RELIGION and be Agnostic!

It was liberating at first but then it got depressing as I started questioning life, the afterlife, if it existed.

My First Christmas shirts are plentiful for baby but you rarely see My First Chanukah onesies or clothing and that’s why I was digging this Israeli-made Baby’s First Chanukah Organic Body Suit as part of Wild Dill’s Hebrew Baby Collection.

It was very lonely and scary.

I started to study afterlife experiences, and studied Faiths of the world, and eventually met and married my current husband who is a Catholic and I fell back into my original religion.

I do not believe my experience is rare. I think children in mixed religion homes suffer. If you want to do it, go at it but know it’s going to be a challenge.

Writer Hannah Werthern wrote about her concern in a Parents.com piece:

It is tempting to me to invite Santa and Hanukkah Harry to our house every December, but I worry that my kids will get confused. Will they think everyone celebrates a mishmash of holidays? I will say it was truly surprising for me to see the number of books on celebrating both holidays — someone even made a “Hanukkah and Christmas: Picture Books Featuring Interfaith Celebrations” Pinterest board! (Wait, is everyone already celebrating a mishmash of holidays without me?) I also worry that the meaning behind each holiday will get lost along the way. Hanukkah is actually not that big of a deal to my family, so I’m OK with Santa stealing the show a little bit. but I’m not going to be happy when the Easter Bunny comes knocking at the door during Passover Seder. For every family, the holidays work a bit differently. I guess we’re just going to have some growing pains.

I can appreciate her concern. 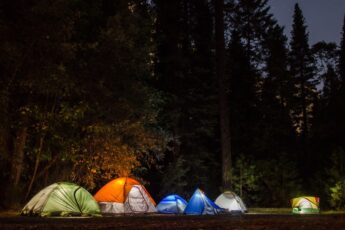