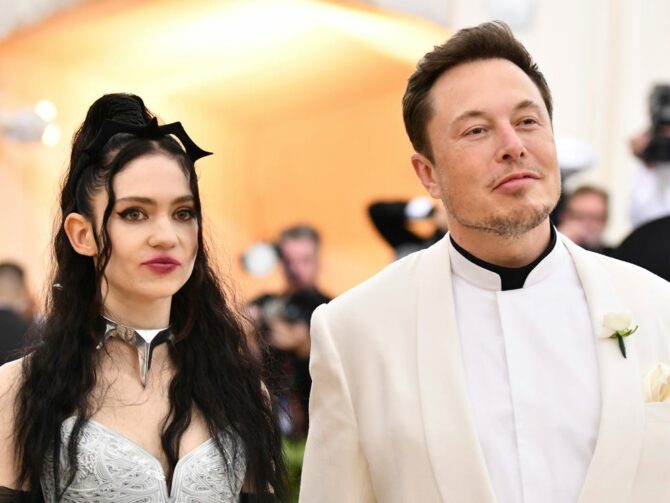 Tesla CEO Elon Musk and his Canadian musician girlfriend Grimes are expecting their first child together, a baby boy.

The ethereal 31-year old announced the pregnancy news by posting a photo of herself in the nude on her Instagram page, revealing a large baby bump with a photoshop of a fetus over it.

She replied to a fan who commented on the photo with “knocked up”.

The singer, real name Claire Boucher, orignially posted a version of the maternity portrait shot by photographer Eli Russell Linnetz that displayed her nipples which was ripped down by the social media site before she reposted an edited version

Comments from several celebrities, including from the singer Janelle Monae, expressed congratulatory and emotional messages to the singer.

Censored for insta haha – almost got away w it ?

Yesterday, Musk alluded to the baby’s sex by reposting the photo of Grimes with the comment, “X is Y”, and given the XY chromosome is indicia of a boy, most assume that’s what the couple who’ve dated off and on since 2018 are having.