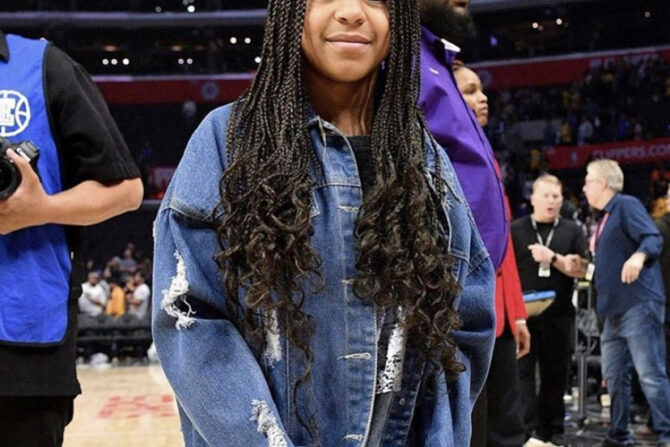 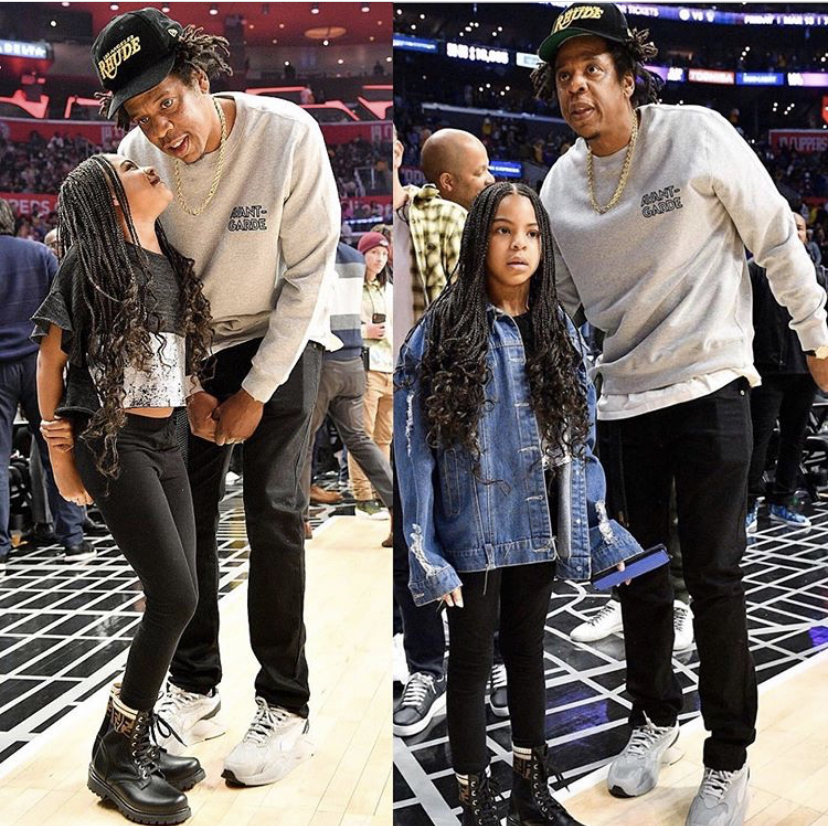 Before the NBA (and many other major American sports leagues) could cancel the season because of the novel coronavirus pandemic, Blue Ivy Carter and her dad Jay Z got to sit court side at an Los Angeles Lakers versus the Los Angeles Clippers this week.

The stylish tot showed up to the Staples Center in a custom personalized denim jacket, a grey cropped ruffle sleeve short sleeve shirt, with black leggings and a chic pair of on trend lug-sole combat boots with a sock-style upper. She wore her hair in individual braids that were curled at the very ends

Blue’s boots were from Fendi Kids, its FF logo boots, which feature a lace-up design and a rounded toe, and retails for $714 and you can get over at Farfetch.com. 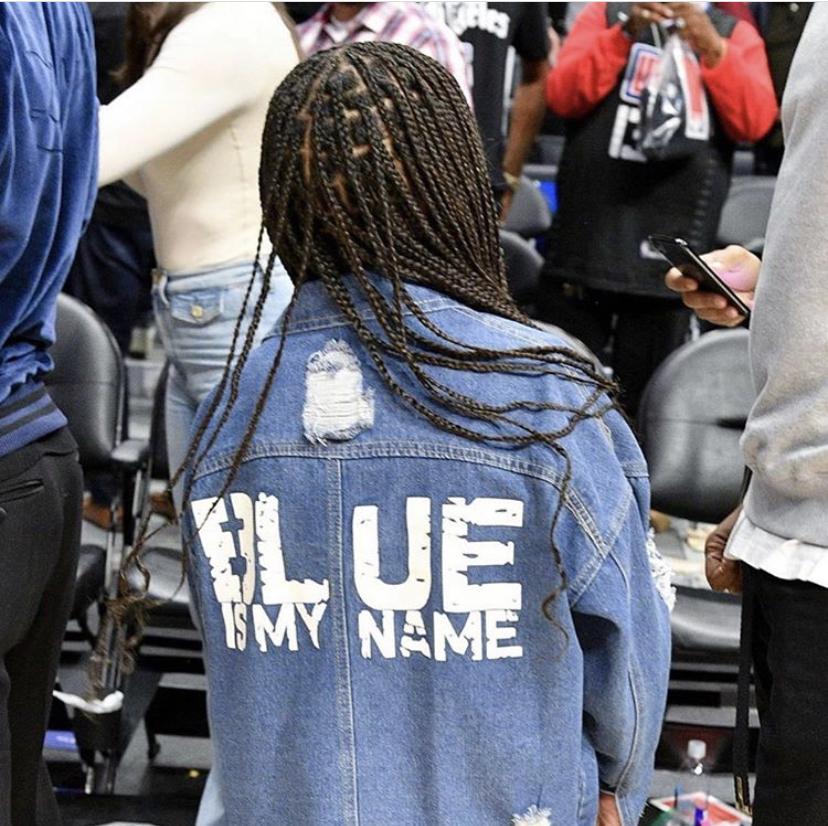 [Get a less expensive look with a $49.99 H&M Jacket , a pair of Daria Girl Combat Boots by Madden Girl for $49.99,  a pair of high waisted pants by Zella Girl for $35 and a simple grey short sleeve ruffle sleeve graphic tee from like H&M for $15.]

After the game, she was shy about starstruck over seeing All-Star LeBron James and seemed hesitant to ask him something.

“If you want it, you gotta tell him,” Jay-Z can be heard telling his daughter in a videotaped encounter of the 8-year old asking for an autographed baskedtabll. “You almost got it out. Yeah, just do it.”

She eventually made her request and James responded: “You want a ball from me?… By the time you get out of school on Monday, you’ll have it.”

Blue, who was born on Jan. 7, 2012, is the first child of Beyoncé and husband Jay-Z. The couple also share twins Rumi and Sir, who are 2. 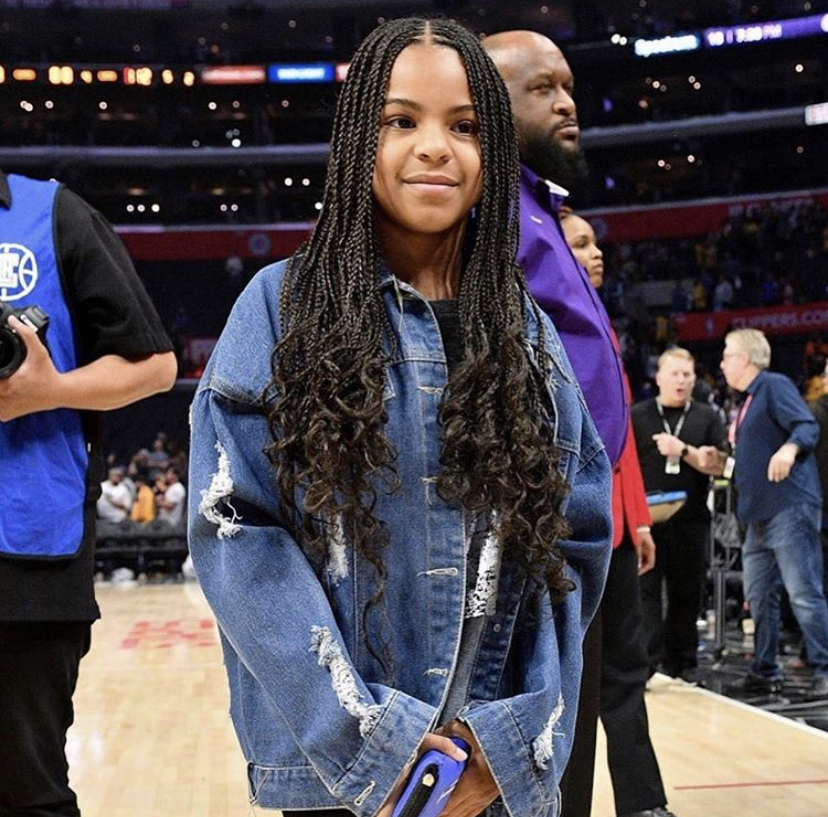 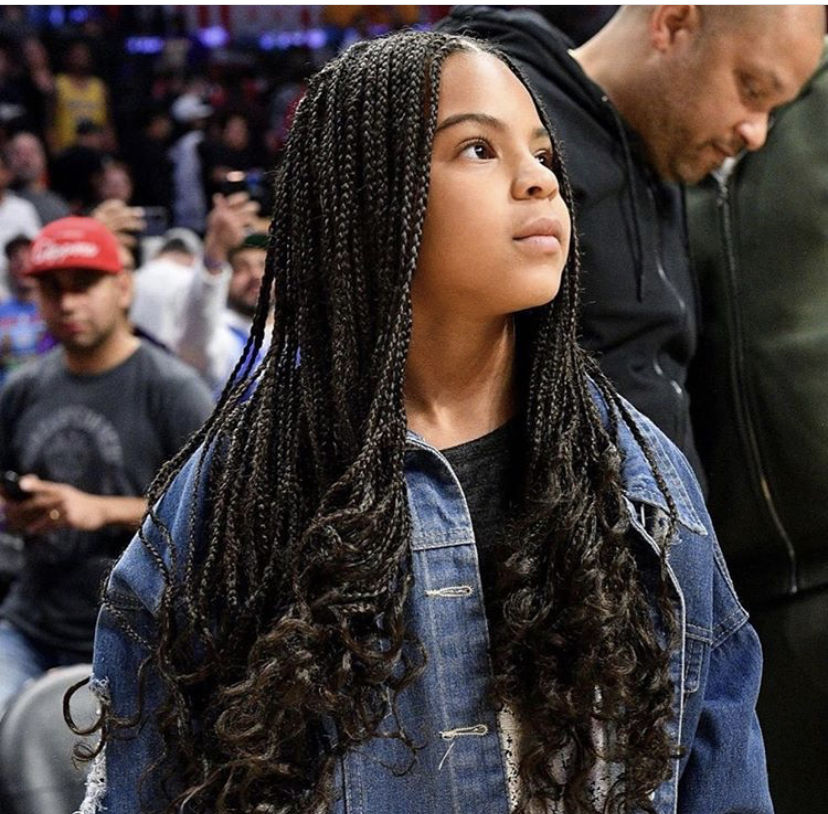