This all happened just 14-days into the newborn’s life. It’s not uncommon for the famous duo (or many celebrities these days, Beyonce and JayZ have trademarked their kids’ names).

However, for North, Saint and Chicago who were trademarked earlier this year, she hadn’t specified so many companies.

TMZ reported on Thursday that the savvy couple secured the bag by filing for the baby’s trademark at the U.S. Patent and Trademark Office on May 18 under Kardashian-West’s company, Kimsaprincess.

The product categories include: fashion and beauty sectors, baby goods, children’s clothing, jewelry, watches and skin care among others were included in the request.

Currently, Kardashian-West is studying to become a lawyer and plans to take bar exam in 2022. She and Ye also revealed that their family doctor Paul Crane, the same one who delivered Psalm’s bis sisters North and Chicago and big brother Saint delivered Psalm.

She and Kanye celebrated their 5th wedding anniversary yesterday, May 24th.

Big happy news all around for the family!

While reading about BravoTV‘s reality TV star of Southern Charm Kathryn Dennis‘ drama with her ex and co star Thomas Revenel, I learned that the couple actually beat Kim Kardashian and Kanye West to naming their son Saint.

Dennis and Revenel welcomed their second child together St. Julien Rember Ravenel on November 9, 2015 and the Wests’ first son Saint West was born a month later on December 5, 2015.

It was shocking for me to also learn that Dennis reconciled with Ravenel and decided to have a second child with him despite what she said he put her through. In a very recent interview with PEOPLE magazine in advance of the show’s Season 6 premiere, Dennis claimed Revenel sent her away to another city, forced her to hide her pregnancy and birth of their first child, a daughter.

“I was removed,” Dennis, told the celebrity and entertainment magazine. “He moved me immediately to a different state, kept my pregnancy a secret until the day I gave birth.”

Dennis was 22-years old at the time and Revenel, the son of former South Carolina Congressman Arthur Ravenel Jr., ran as an Independent candidate for the United States Senate that year.

I won’t say more as those two are in a bitter and contentious custody battle with explosive allegations about each other’s fitness to be a caregiver that you can read more about here.

Congratulations to Kim Kardashian and Kanye West on the birth of their fourth child, via surrogate.

The Keeping Up with the Kardashians star confirmed the news on Twitter on Friday. 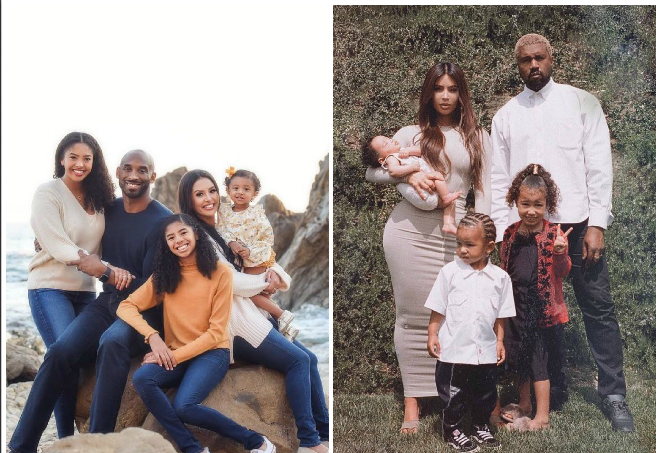 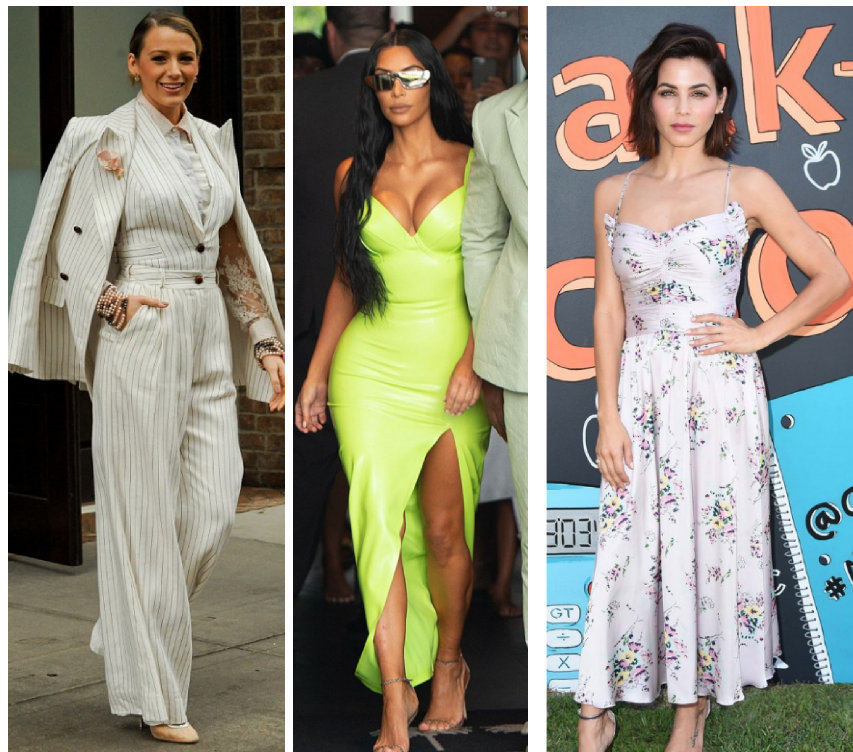 This weekend, stars were out and about looking fabulous as usual but three stood out style-wise:

Blake Lively was fierce in a tailored man’s suit compliments of a sharp pin-striped Zimmerman blazer, vest, and palazzo pants. Get the Striped crinkled silk wide-leg pants HERE and the blazer HERE!

And Lively and Tatum stayed true to a uniform look all weekend with both being spotted out and about in similar looks. Lively in yet another unique man suit, this time by Roland Mouret with Christian Louboutin heels while carrying a Valentino purse and Tatum in a cute off the Cotton On shoulder frock! 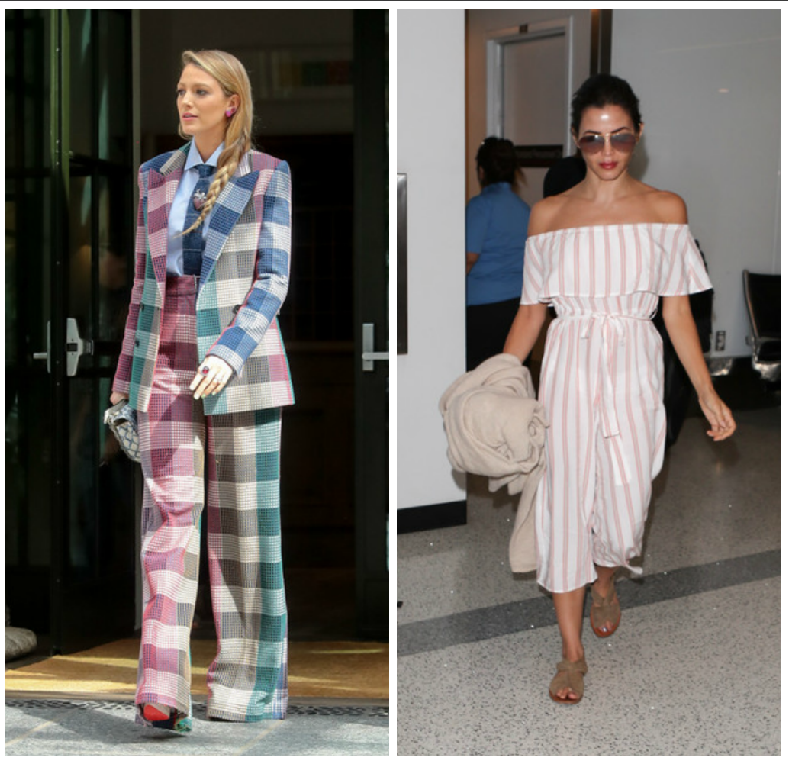 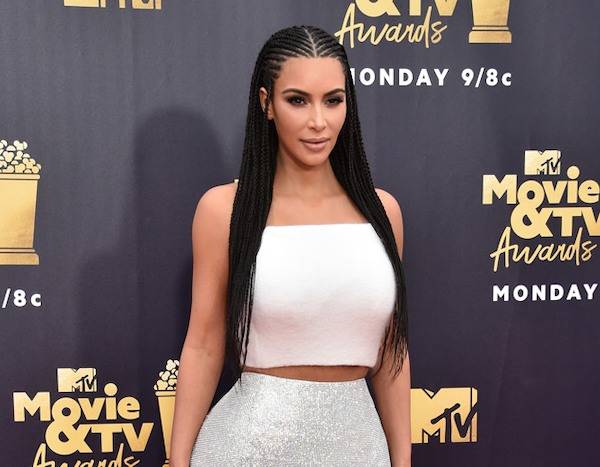 Kim Kardashian-West wore West African Fulani braids to the MTV Movie awards and it elicited a lot of reactions and responses from people, some accusing her of cultural appropriation.

For those who don’t know, the term refers to the wearing of clothing, hairstyle, accessories or some other item indigenous to a culture not your own for fashion purposes while not recognizing, defending or engaging with the culture in other context, otherwise. It is not a new term, but one that is getting a lot of mileage because social media has exposed it.

It was not the first time Kardashian-West was accused of it for wearing braids. She has done it a few times before. I have no opinion but I did want to use the opportunity of a lot of people talking about Fulani braids to plug a post I did on the topic over on my braids blog, JJBraids.com you can access here. 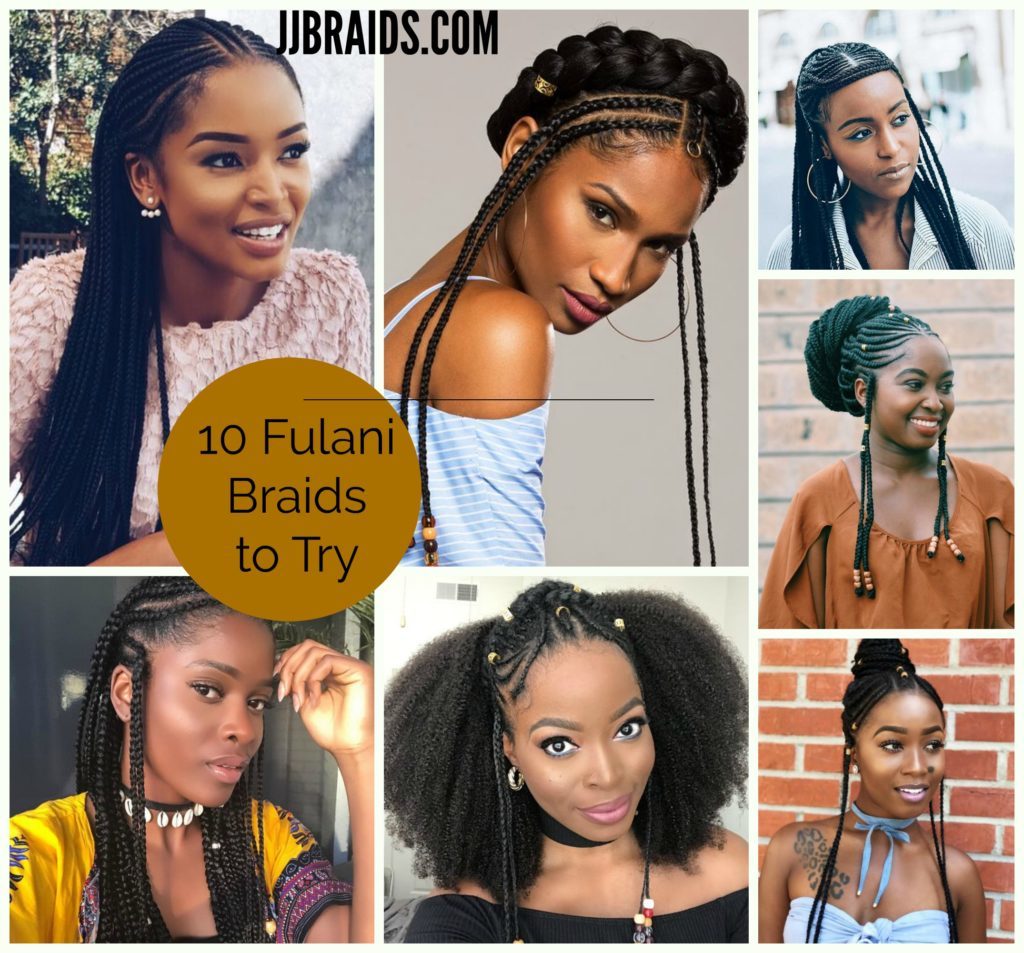 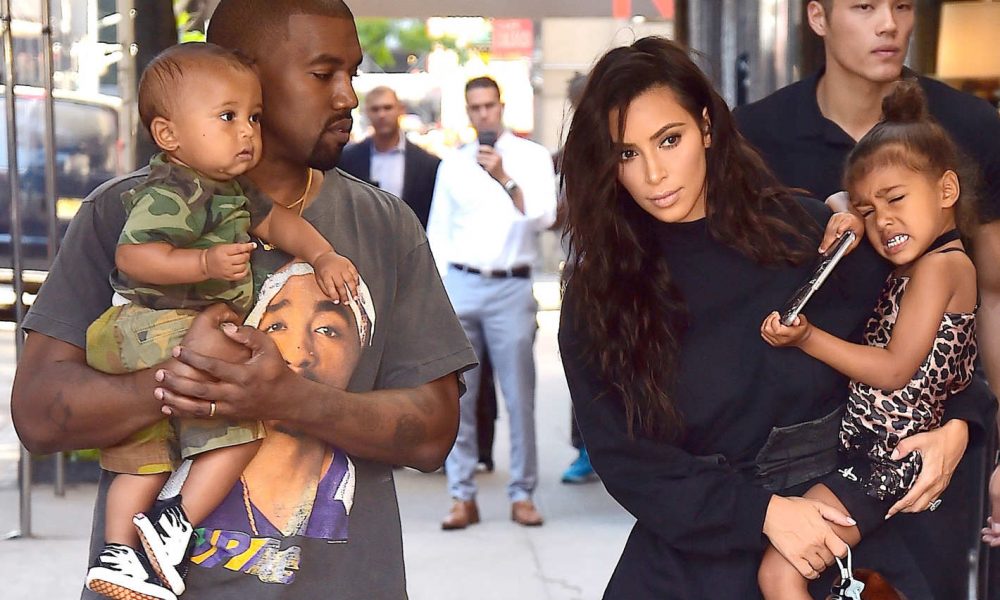 Kardashian West said that not carrying the child herself was “so hard”, but that the couple had an instant connection with her.

West was raised in the US city Chicago.

Kardashian West carried and gave birth to her older children but was advised against getting pregnant again because of possible medical complications.

Her daughter North is now four years old and her son Saint is two.

But she suffered from pre-eclampsia and placenta accreta on those occasions.

Pre-eclampsia is a condition that usually occurs in the second half of pregnancy and can cause serious complications including seizures and death if not monitored and treated. 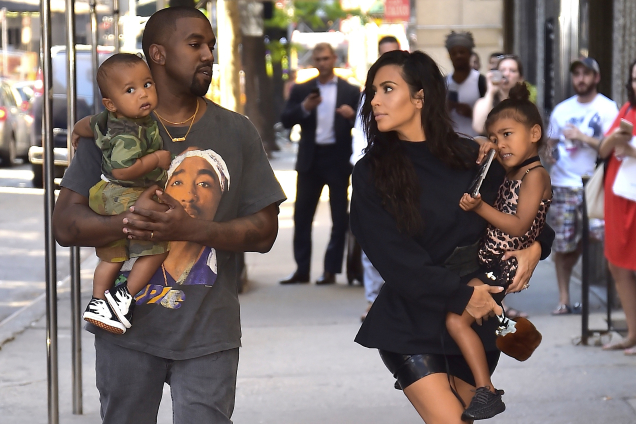 Kim Kardashian West and her husband Kanye West welcomed their third child together, a daughter, born on  Monday, Jan. 15, at 12:47 a.m.

“Kanye and I are happy to announce the arrival of our healthy, beautiful baby girl,” Kardashian West wrote in a post titled “She’s Here!”

“We are incredibly grateful to our surrogate who made our dreams come true with the greatest gift one could give and to our wonderful doctors and nurses for their special care.”

“North and Saint are especially thrilled to welcome their baby sister,” the business mogul and reality TV star said. 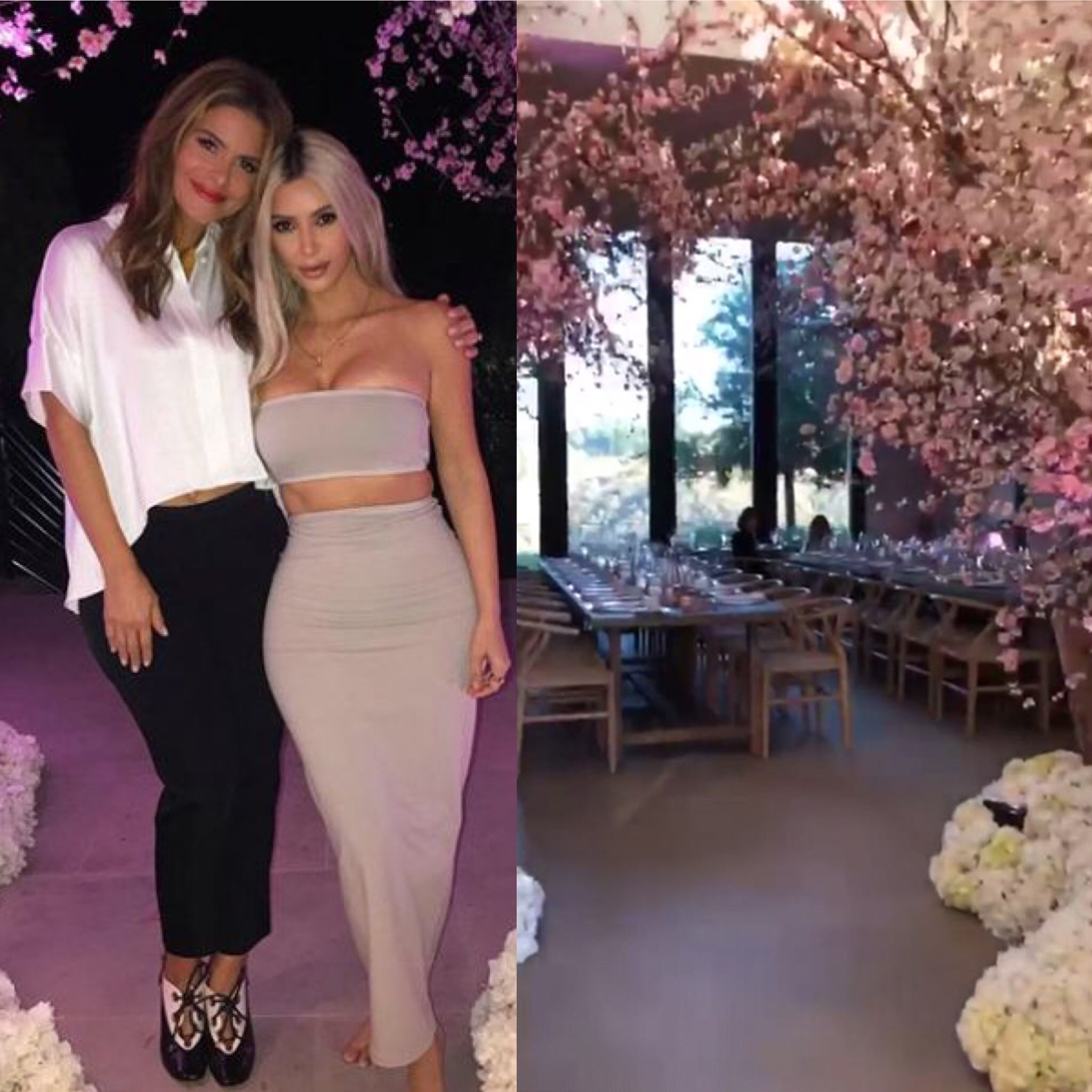 Here I am defending Kim Kardashian-West critics again. It has literally become a pastime for me

This time, the KKW Beauty purveyor is being shamed for not inviting her surrogate to her lavish Baby Celebration last week.

During an appearance on the TV talk show The Real, the reality TV star explained her decision to Loni Love.

“I introduced her to my family earlier that day, and I just thought … I don’t know, it was a weird decision to have to make,” Kardashian admitted. “Of course I would have wanted her to be there, and be a part of it, but I hadn’t really gone that far in explaining [the surrogacy] to my kids yet. So I have to figure that out first before they really see, and then if we’re celebrating, you know, her … I just wanted to celebrate the baby,” she continued. “I think I have to explain it to my kids first, and figure out how I’m going to explain it to them.” So, that’s that: it’s all about the kids.”

A lot of people in the general public are quite clueless on pregnancy. Surrogacy is very complicated. It is even banned in several countries and some states have very strict rules.

Besides that, similar to adoption, there is a lot of emotional turmoil and angst associated with it. While the surrogate and the parents can become close and have a bond, there is always that fear that the surrogate could develop too much of a bond to the baby she is carrying and resent the parents.

That is what happens in adoption and why birth moms often are not given a chance to hold right after delivery the baby they, pre-birth, have decided to give up for adoption.

When you add young children in the mix, including those who have memories of a previous pregnancy and seeing mommy with a big tummy like her daughter North did with son Saint, I get it.