Media personality Amber Rose is the latest pregnant celebrity to reveal that she suffers from fom hyperemesis gravidarum, or extreme morning sickness.

The pregnancy complication is characterized by severe nausea and dehydration, with mild cases treated with dietary changes and rest, and more severe versions requiring hospitalization and IV-infused nutrition and hydration.

The SlutWalk founder told her Instagram followers in a May 2019 series of short videos that she experienced it with her pregnancy with son Sebastion, who she shares with ex-fiance Wiz Khalifa.

“For people that don’t know what it is, it’s basically extreme nausea, vomiting and dehydration, and [I’m] really, really tired,” Rose told her social media at the time. “I can eat a little bit more now because I’m in my second trimester, but not much, and I pretty much sleep all day.”

She added: “I try to, like, be cute and get my hair done, and then I just slept in it and messed it up. All in all, babies are a blessing. God bless women, man. We are resilient. We get through it. It’s really, really hard being pregnant. I’m not gonna lie.

“To all the women out there who just pop out babies like it’s nothing, God bless you guys because oh, my God, it’s a lot,” the model went on to say. “I want to be out. I want to be cute. I want to show off my belly. I can’t get off this couch. I’m just tired and want to barf all day. It’s just not fun. But it’s totally worth it. Totally, totally worth it. “

Duchess Kate suffered from hyperemesis gravidarum when she was pregnant with Prince George, Princess Charlotte and Prince Louis. Other celebrity moms, including Amy Schumer, and Kelly Clarkson have opened up about similar experiences.

Only two weeks after giving birth to first child, son,
Gene Attell Fischer., comedienne Amy Schumer is back on stage!

The actress shared a photo of herself on a small stand up venue, famed
Comedy Cellar in New York City., with mic in the hand with the caption, “I’m Back!”

Schumer, who suffered from extreme morning sickness during her pregnancy, and her husband Chris Fischer welcomed their first child together on May 5

Overshadowed by the birth of the Royal Baby, Comedian Amy Schumer gave birth to her first born child, a son she and hubby Chris, named Gene Attell Fischer.

“10.55pm last night. Our royal baby was born,” the actress wrote Monday on Instagram, sharing a postpartum photo of herself, husband Chris Fischer and their new baby boy.

In a subsequent Instagram share of Fischer holding the baby, she told her fans and followers the baby’s name.

Before this week, Schumer suffered with extreme morning sickness, hyperemesis gravidarum,throughout her pregnancy, a condition that gained wide public attention when another Royal Kate Middleton suffered with it during her pregnancies.

The I Feel Pretty star had talked about being overshadowed by a Royal pregnancy.

“I’ll tell you who it’s not fun to be pregnant at the exact same time as: Meghan Markle,” Schumer said in her recent Netflix stand-up special, Growing.

Comedienne Amy Schumer had photographer Heather Sten shoot some maternity photos of herself for a New York Times profile and it is awesome!

Personally, I do not like the feature because I think that it is all over the place and is missing meat and potatoes I wanted the author to get from the funny woman.

Anyway, I am still happy to see her get a profile whilst preggers.

It has had a bit of a roller coaster of a pregnancy for Schumer who is expecting her and hubby Chris Fischer‘s first child. It has been marked by hospitalization for extreme morning sickness.

So the bookend to her 40 weeks is this totally unconventional shoot that features the I Feel Pretty star in the puff undressing as she frolicked in the rain running towards a gaggle of geese.

She captioned a series of photos of the spread:

On a chilly Nola morning it’s best to chase ducks with nothing weighing you down except a baby. Photo by @heathersten for the @nytimes on a rainy night it’s also a good idea. Thank you @zinomanjason for your profile on me. Brutally honest. My favorite kind of honesty. See you in another 10 when you write about me again. Article on nytimes.com

In another photo, the mom-to-be covers her bare breast with clumps of Spanish moss set to a forest backdrop. Deep!

Being naked was no big thing.

“As someone who has been told a million times they are fat and ugly, it does not matter!” the comedian, who’s expecting her first child with husband Chris Fischer, told the New York Times. And she’s very much looking forward to meeting her little one, saying, “I think I will experience [some other level of joy] with a baby.”

Amy Schumer is looking for motivation during her “tough” pregnancy.

The 37-year-old I Feel Pretty star revealed her struggles in an Instagram post on Thursday.  Schumer announced she was expecting her first child with husband Chris Fischer in October.

“The last few days have been tough. I’m grateful as hell and know it’s temporary but tough just the same,” she wrote in the caption of a photo featuring her dog.

The comedian, who has had to postpone show dates from her comedy tour, asked her fans for motivation by having them tag her in photos and videos of their children.

“Please if you don’t mind. Post pics of your kids and tag me #amyschumer,” she wrote. “My friends sending me pics and vids of their kids is making me feel so much better. Much love accepting dog photos too.” 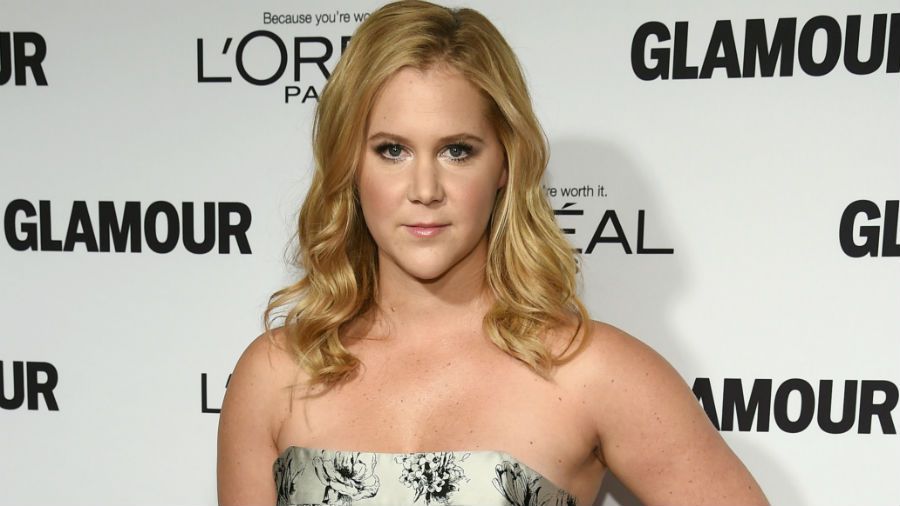 Add comedienne Amy Schumer to the list of women who have had to be hospitalized for severe morning sickness.

The comedic actor was set to perform her standup routine in Dallas, Texas on Thursday but instead checked into the hospital. The comedian has experienced extreme nausea in her pregnancy and now has been diagnosed with hyperemesis gravidarum, an acute morning sickness.

“I am in the hospital. I’m fine,” the I Feel Pretty star captioned a photo of herself in a hospital bed. ” Baby’s fine but everyone who says the 2nd trimester is better is not telling the full story. I’ve been even more ill this trimester.”

Good to know. This is Schumer’s first child with her husband of about 10 months chef Chris Fischer. 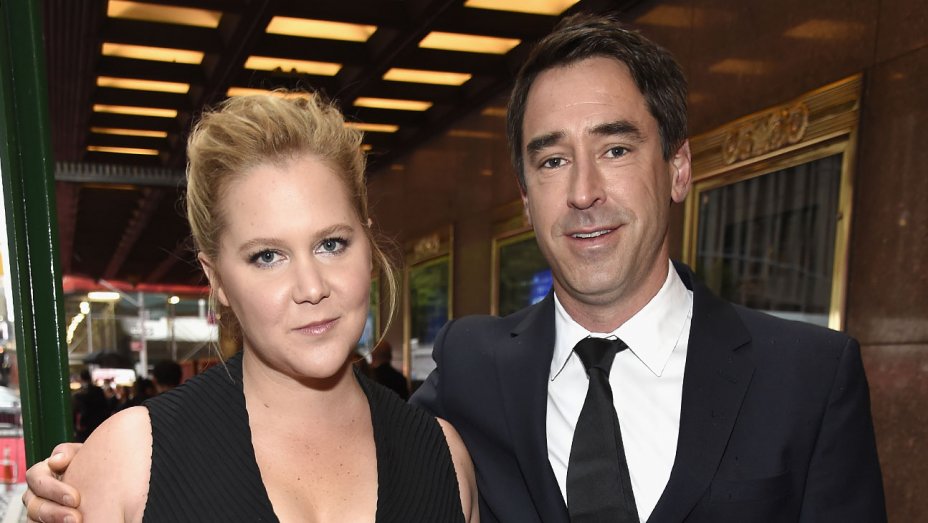 Amy Schumer is pregnant with her first child — but she’d rather you focus on the midterm election.

The I Feel Pretty comedian who recently  married chef Chris Fischer in February, announced the pregnancy on journalist Jessica Yellin’s Instagram page Monday by burying the lead at the end of her list of voting recommendations for the website News Not Noise.

“Chris and I are thrilled and almost positive he’s the father. I look forward to competing with Markle every step of the way,” she joked while confirming her baby news. 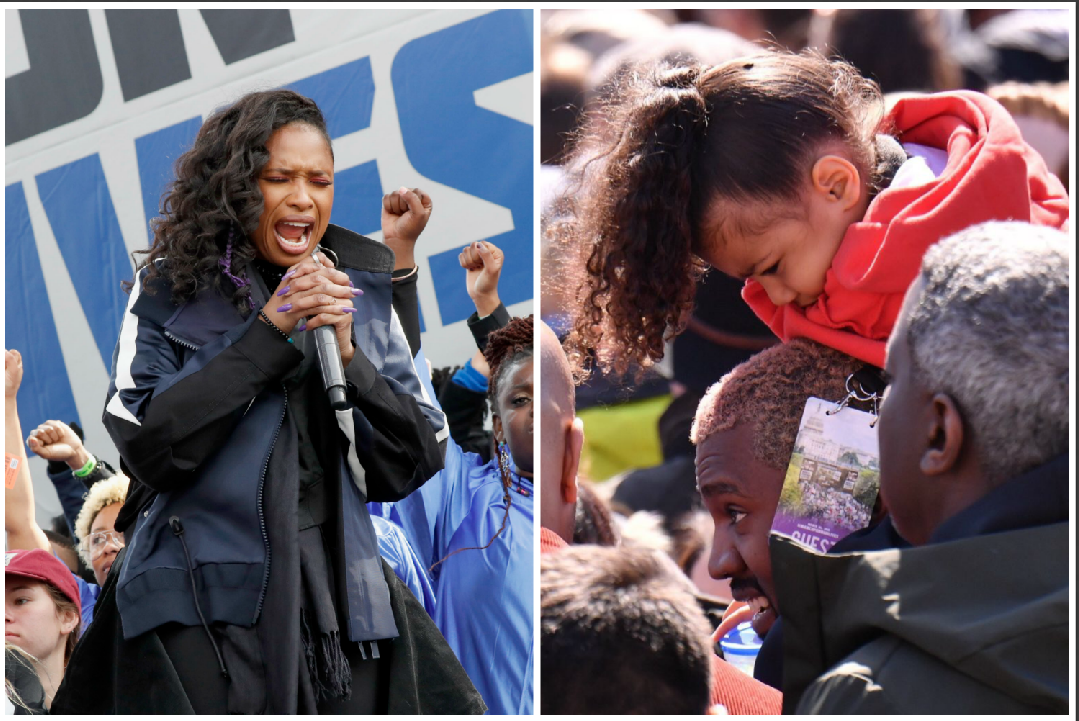 Doing a Netflix special while seven months pregnant and building an entire set around the state of being pregnant was a brilliant move by comedienne Ali Wong. Since the release of  her special Baby Cobra (a take on Wong’s favorite yoga pose) last May, the Fresh of the Boat writer has been selling out her stand up shows all across the nation.

It’s raunchy humor and per an Elle magazine feature on her,  the jokes “range from trapping her Harvard Business School husband, to the ingredients for a perfect marriage (e.g., mutual racism), and why housewives are the geniuses of our time.”

Hey @aliwong fans! Don’t wait til tomorrow to get your tickets to our 6/9 show, get them now with password COBRA! https://t.co/ll5KVm2n2D pic.twitter.com/lTH7z6izoz

Wong, who has appeared in Chelsea Handler’s Are You There, Chelsea? and Inside Amy Schumer, is among those ultra hard working celebrities, especially for the way she embraced it at a time when most would probably take a break from the road.

“Pregnancy for a working woman is generally perceived as a weakness. You’re tired at work, and then you have to take time off afterward to recover from the birth, and care for the baby. I’m lucky because my boss, the showrunner at Fresh Off the Boat, was really cool about me taking time off, but I was still nervous about having that “maternity leave” conversation,” she told Elle. “Every woman is. [And] I had so much anxiety about my stand-up career taking a big hit, so I wanted to use my pregnancy as a source of power and turn it into a weapon instead of a weakness. When you’re pregnant, you’re hungry, tired, and fat, so you have this “I don’t give a fuck” attitude that lends itself really well to performance. You let go of all dignity and shame, and it’s beautiful.”

The half Vietnamese/Half Chinese-American credits Alicia Keys for empowering her.

“There’s a BET Awards tribute to Prince, where Alicia Keys sings ‘Adore‘” Wong explains. “She climbs up on the piano, kicks her feet up in the air, and sings with such passion—all pregnant and powerful—and it really inspired me.”

And since giving birth to daughter, Mari, in November 2015, Wong kept motherhood in her stand up routine.

“I’ve been going up on stage in my sweatpants, with no makeup, looking like Vietnamese Nell, talking about my real-ass experience with breastfeeding, the nanny search, and mommy groups,” she humorously shared.

On seeing her billboards all over cities, Wong said they made her miss pregnancy.

This is happening tomorrow. Hide your kids, hide your wife. You best believe my mom emailed this picture to all of her frenemies. Subtext of Tammy Wong: “Picture me Rollin’!!!!”

“People are so nice to you when the baby is inside your body. They treat you like a reproductive goddess. They open doors for you [and] don’t let you carry heavy stuff,” she explained. “Then when the baby comes, nobody cares about you, and society treats you like garbage. You walk into a restaurant with a stroller and everyone rolls their eyes.”

Aint’ that the truth!?