So it seems Jennifer “JWoww” Farley is taking cues from her bestie Nicole “Snooki” Polizzi when it comes to declaring in the public how much she dislikes pregnancy.
Snooki infamously told TMZ cameras she thought pregnancy was  “disgusting“.
In an inside story in this week’s In Touch Weekly magazine, JWoww declares that “pregnancy sucks!”
While keeping it real, she adds. “I’m exhausted, my boobs are massive and I’ve never been this big. I mean, it’s a blessing, but it’s crazy.”
But  JWoww is but the latest in a slate of Reality TV show moms who had spoken openly about their disdain for being pregnant while they were recently preggers.
America’s Next Top Model All-Stars winner Lisa D’Amato said pregnancy is pretty “gross.”
Tamar Braxton-Herbert said one episode the WE TV shows Tamar and Vince that she thought the idea of breastfeeding a baby was “disgusting” and repeatedly focused on the weight gain and being and feeling “fat.”
Much of Kim Kardashian‘s time shown to TV audiences while she was pregnant was dedicated to how fat and unattractive she felt pregnant and her lamenting on being anxious about shedding the weight and posing nude after giving birth.
Certainly, they are entitled to be candid and open and honest. We thought actress Busy Phillips was refreshing when she also shared how it’s never as rosy and perfect as most other celebrity women paint it to be.
Nonetheless, know that with all this public negative chatter, will come harsh words especially from the very large members of the infertility and TTC (trying to conceive) set who would gladly trade nine lives of their lives to experience all the woes and “horrors” of pregnancy.
Just keepin’ it real. 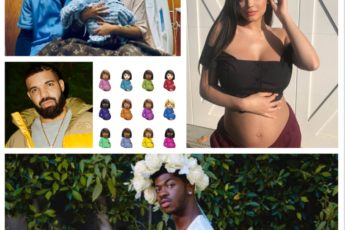