Monday, before going into a custody hearing, Kill Bill actress Uma Thurman reportedly lashed out at reporters that showed up at the NY Supreme Court building in Manhattan to cover the case between Thurman and her ex fiancé  businessman boyfriend Arpa Busson.

“The press doesn’t belong in Family Court,” she snapped at the cameras. “You should respect people’s privacy…thank you, goodbye!’’.

The court certified a temporary custody agreement that would award Bussman more time with his 3-year old daughter Luna.

Also, in that same building on Tuesday, a judge ordered Gossip Girl actress Kelly Rutherford to return her two children, visiting her for the summer back, to their dad who lives in Monaco.
“What the judge did yesterday was shocking, illegal and abusive to my children,” the actress told PEOPLE in a statement on Wednesday. “Without any legal authority, a judge from the lowest ranking court in the state court system violated the highest ranking deferral constitutional rights of my American citizen children.”

Her ex husband husband Daniel Giersch, a German citizen, has been previously awarded temporary custody of their now 8-year old son Hermes and their 6-year old daughter Helena.  Because he was not granted a visa to come to the US, he was permitted to keep the children in his care abroad.

In keeping with that arrangement, New York Supreme Court Judge Ellen Frances Gesmer ordered the children back to Monaco after Rutherford refused to return them to Europe.

“Knowing she had no authority, Judge Gesmer seized my children and their U.S. passports, and forced them to leave the United States and reside in Monaco, a country where neither they nor I, nor even their father, has citizenship,” Rutherford told news outlets. “The children’s father didn’t care enough about the children to be here himself. Contrary to his many false claims, he, like all German citizens, can come to this country anytime on his German passport. But he didn’t bother.”

Giersch’s mother went to court Tuesday to collect the children after the judge’s orders and take them to the airport to be with their dad. 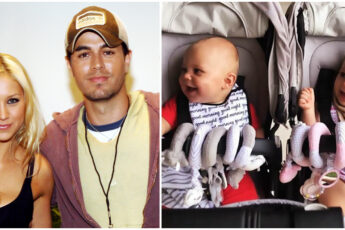