The same week that Gabrielle Union opened up about fertility struggles, Tyra Banks and Chrissy Tiegen are also sharing about their personal battles.

A clip from Banks’ new lifestyle show,  FABLife, reveals the two models getting real on what they’ve gone through to start a family.

Tiegen revealed that in the 10 years she has been with and later married to John Legend, she has spent some of that time trying to conceive but it has been hard and she sort of resents the constant prying by others asking when she will start a family.

The outspoken in social media star said she is asked about it“every single time I sit down for an interview with anybody.”

She seems to resent it.

“I can’t imagine being that nosy to be like, ‘So, when are the kids coming?’” she says. “Because who knows what somebody’s going through?… I will say, honestly, John and I were having trouble…it’s been a process. We’ve seen fertility doctors, and then once you open up about all those things to other people you start learning that a lot of other people in your life are seeing these people, and they have this shame about it.”

Banks said she could relate.

The episode will air this Monday but you can Watch the clip from the show below: 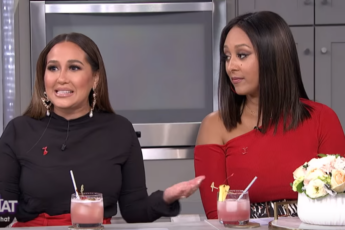