A somewhat-depressing new report found that only a third of pregnant women gained the “appropriate” amount of weight while carrying their progeny, while nearly half (47 percent) put on too much and another 21 percent didn’t gain enough. It’s a veritable Goldilocks situation.

For the study, researchers from the Centers for Disease Control and Prevention looked at data from about 3 million birth certificates where a woman carried a single child to term (that’s at least 37 weeks). They pulled the mothers’ height as well as pre-pregnancy and delivery weight to determine how many pounds they gained as well as their body mass index (BMI).

Women who were overweight or obese before getting pregnant were most likely to gain too much weight — 62 and 56 percent of them did, respectively — even though experts say they should gain the least. The guidelines are specific to the mother’s starting weight. Specifically, women with a BMI in the normal range of 18.5 to 24.9 should gain 25 to 35 pounds, overweight women (BMI of 25 to 29.9) are told to put on 15 to 25 pounds, and obese women (BMI of 30 or above) should only gain 11 to 20 pounds. Underweight women (BMI less than 18.5) should gain the most: 28 to 40 pounds. 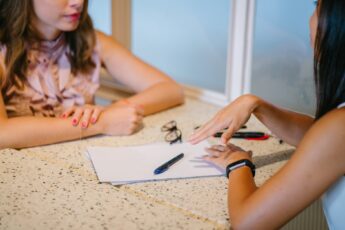