TV host and The Hills alum Audrina Patridge made a red carpet debut for the first time since announcing that she and fiance Corey Bohan are expecting a baby girl.

The  host of  the NBC show 1st Look was at the  LAPALME magazine unveiling of her cover at The Room in Hollywood, California.

Her TV hosting family and friends were there too:

Always good running into @iamcattsadler and @mariolopezextra A photo posted by Audrina Patridge (@audrinapatridge) on Mar 19, 2016 at 2:18pm PDT

Patridge said she struggled to keep the gender a secret. “I told my family while I was still in the ultrasound room! I had to send them pictures and videos instantly,” the mom-to-be told US Weekly on Wednesday. “Corey can’t wait to teach her how to surf!We are so excited to meet her. She already has a personality kicking around in my belly.”

She also recently announced that they plan to wed at the end of the year and she has been collecting ideas on Pinterest, the new universal online wedding planning platform. (smile). Congrats! 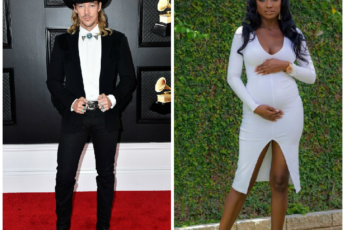