Yup! You may have seen Victoria Secret ads plenty air on any given broadcast network, but if an advertiser includes too much flesh of plus-sized women in an ad like how Lane Bryant recently did, then you won’t see it because it will be banned.

According to Lane Bryant,  because of the nudity of the models in its ad, ABC and NBC rejected the retailer’s “This Body” advertisement, which includes plus-size modeling ‘it girl’ Ashley Graham, and  celebrates body acceptance.

The ad also featured a woman breastfeeding her baby. Yay! Bravo! Breastfeeding acceptance too…only  too bad it may never see the light of day.

And if you watch closely (see ad below), you’ll notice that there are no nipples or other personal intimate body parts shown.  Consider also that the love scene of an average soap opera that airs in the middle of the day on both networks could reveal the same amount of flesh. And when it is shown on a soap, it’s usually of a couple in bed after or before having sex.

A rep from NBC on Thursday denied the network had outright “rejected” the ad, NY Daily News reported.

“As part of the normal advertising standards process, we reviewed a rough cut of the ad and asked for minor edits to comply with broadcast indecency guidelines,” NBC told the site. “The ad was not rejected and we welcome the updated creative.”

A rep for Lane Bryant told NY Daily News that  “as is” the ad is banned but it is currently deciding whether to re-submit it for consideration.

“I don’t think these models are any more nude than any other models we’ve seen on TV,” the rep said. “This was not a hard-hitting conversation about body positivity. This was a playful way to engage our women and all women.”

ABC declined to comment. That network has aired the Victoria’s Secret fashion show even though CBS has too and owns the rights to the show, Refinery29 adds.   All of the networks have approved spots for Vicky Sec like this one, the fashion site pointed out.

Yet in 2010, ABC  and FOX banned a Lane Bryant ad featuring curvy plus-size women in lingerie.  You have to admit, it smells a bit like hypocrisy or a double standard.

“Victoria’s Secret commercials are airing all throughout the day, but when it comes to a Lane Bryant commercial, we have a little bit of extra, you know, overflowing, and then everybody freaks out,”Graham told CBS News at the time.

h/t I am Not the Babysitter 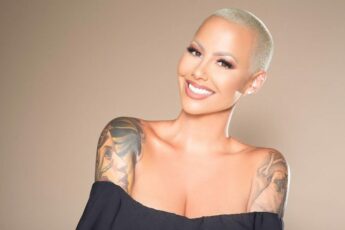