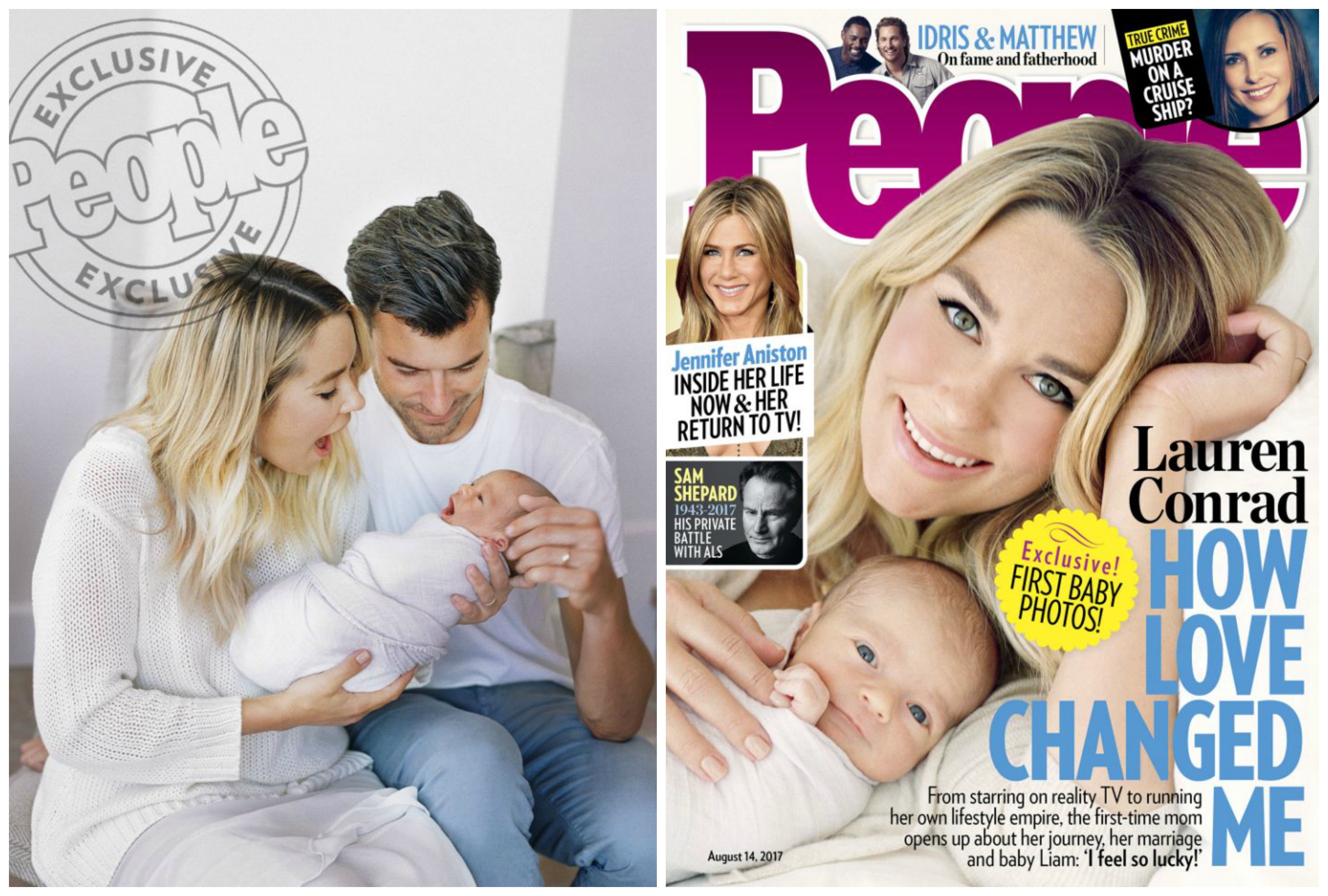 A few years back, celebrities made a lot of money off of their babies’ first photos and magazines would pay millions for the exclusive rights. Gone are those days as more reveal first photos themselves on their social media feed without much fan fare.

I think the drop in demand has to do with decline in the magazine sales industry, in general, and also the explosive growth of digital and online media where getting free copies of “exclusive” things is really really easy to do. It no longer is a lucrative way for stars to earn money from their offspring.

But alas, though I am not sure if they were paid or not, but Lauren Conrad and her husband William Tell released their son William James‘ first photo to PEOPLE magazine.

They are featured on this week’s cover. Inside the magazine, the former star of MTV‘s The Hills  and lifestyle brand talks how she’s evolved on the idea of becoming a mom.

“In my early 20s I was open to having them or not having them. But after meeting William, I changed my mind,” she told the mag. “I knew I wanted to have a family with him. But I didn’t want to do it right away.”

She adds that her new little one has definitely changed her perspective on things though she was never really baby crazy.

“I’m crazy about Liam, but I never really got baby fever,” she adds. “We wanted to enjoy being married and to really be in the right space. We took our time, so it was something to look forward to.”