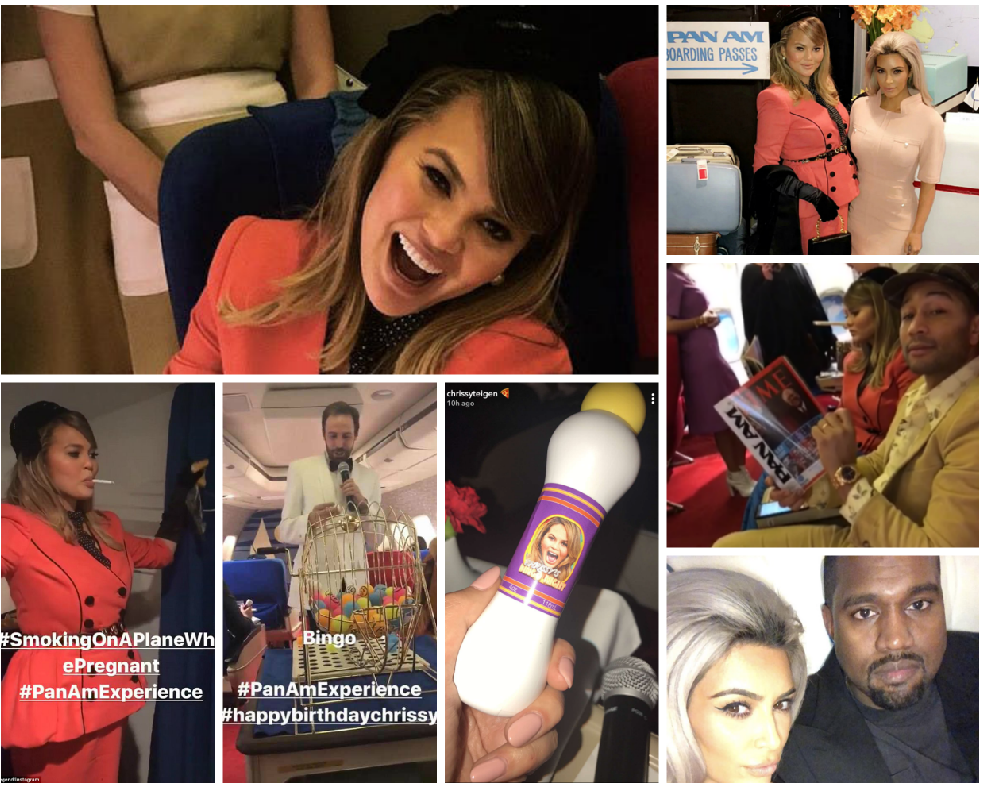 Second-time mom-to-be Chrissy Teigen celebrated her 32nd Birthday at the Pan Am Experience in Pacoima, California.

Teigen was outfitted in a salmon colored tweet 60s style suit and square handbag, quite fitting with the era theme.

The party attendees played Bingo and used bingo markers with Teigen’s face on it. She later got up doing a full in-flight demonstration while dangling a fake cigarette from her mouth.