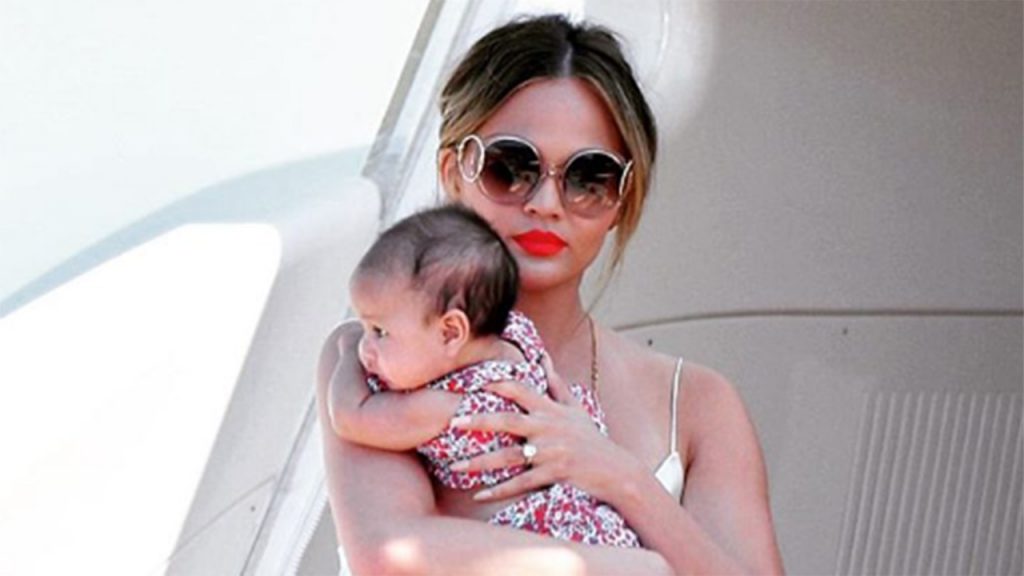 Chrissy Teigen is staying consistent on her opinion of the post-baby body reality.

After giving birth to her daughter Luna in April 2016, the model turned TV host said during a  Today Show appearance that she didn’t think it was realistic for women to look to celebrity women as the standard for the post-delivery body.

“Anyone in the public eye, we have all the help we could ever need to be able to shed everything,” the Lip Sync Battle host then told the network. “So I think people get this jaded sensation that everybody’s losing it so quickly, but we just happen to be the ones who are out there.”

She added: “We have nutritionists, we have dietitians, we have trainers, we have our own schedules, we have nannies. We have people who make it possible for us to get back into shape. But nobody should feel like that’s normal, or like that’s realistic.”

Since giving birth to her second child, son Miles, earlier this year, the former Victoria Secret angel has found herself on the same side as most women.

In a new Twitter post about her personal insecurities, Teigen gets deep about seeing those perfect bods in social media.

“It’s crazy. I think it’s awesome people have killer bodies and are proud to show them off (I really do!!) but I know how hard it can be to forget what (for lack of a better word) regular ’ bodies look like when everyone looks bonkers amazing,” she tweeted.

She added, “also I don’t really call this ‘body confidence’ because I’m not quite there yet. I’m still insecure. I’m just happy that I can make anyone else out there feel better about themselves!”

While vacationing in Bali with her husband John Legend, she gave her fans and followers an up close look at her stretch marks on her back and thighs.

“I guess these just aren’t going to go away.” she captioned the photo. “This is my new body.”

Nice that she is embracing what so many women feel ashamed of…Bravo Chrissy!