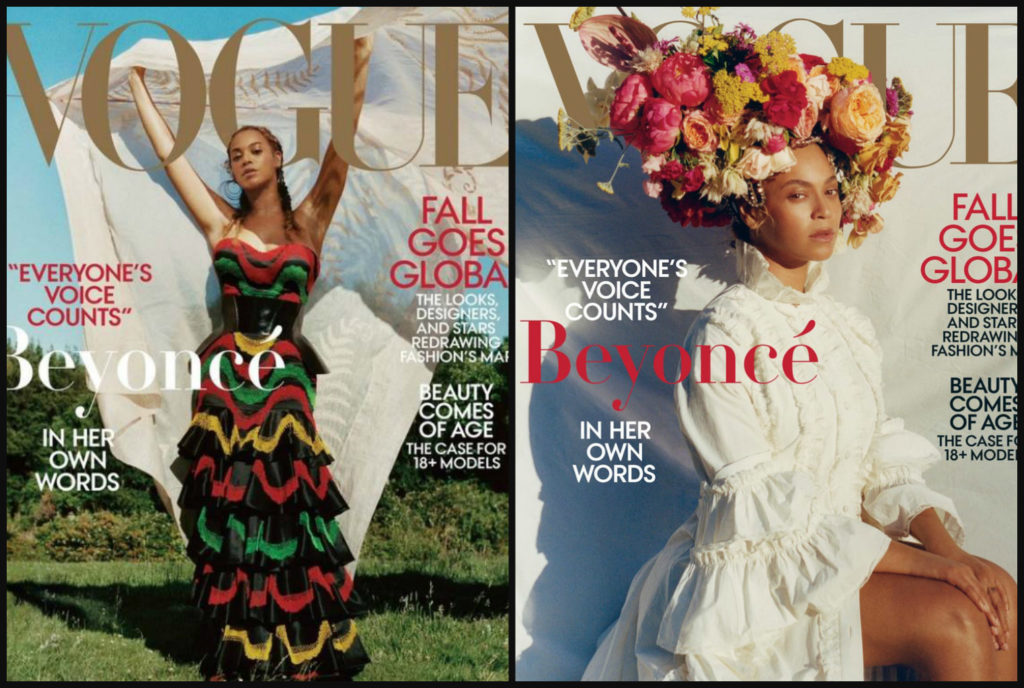 In an unprecedented move, Vogue permitted Beyoncé to have editorial control over its popular September issue and not only did Queen Bey make history by hiring the magazine’s first Black photographer, Travis Wright, in its 126 history to shoot a cover, but she also gave us unprecedented insight into her pregnancy, labor, delivery and her perspective motherhood in her own in-person first person narrative!

It is a glorious issue! On Newsstands now. Here are some of the nuggets she shared with us all:

About the evolution of the magazine and fashion industry towards black people and people of color:

“When I first started, 21 years ago, I was told that it was hard for me to get onto covers of magazines because black people did not sell,” Beyonce told the magazine. “Clearly that has been proven a myth. Not only is an African-American on the cover of the most important month for Vogue, this is the first-ever Vogue cover shot by an African-American photographer.” 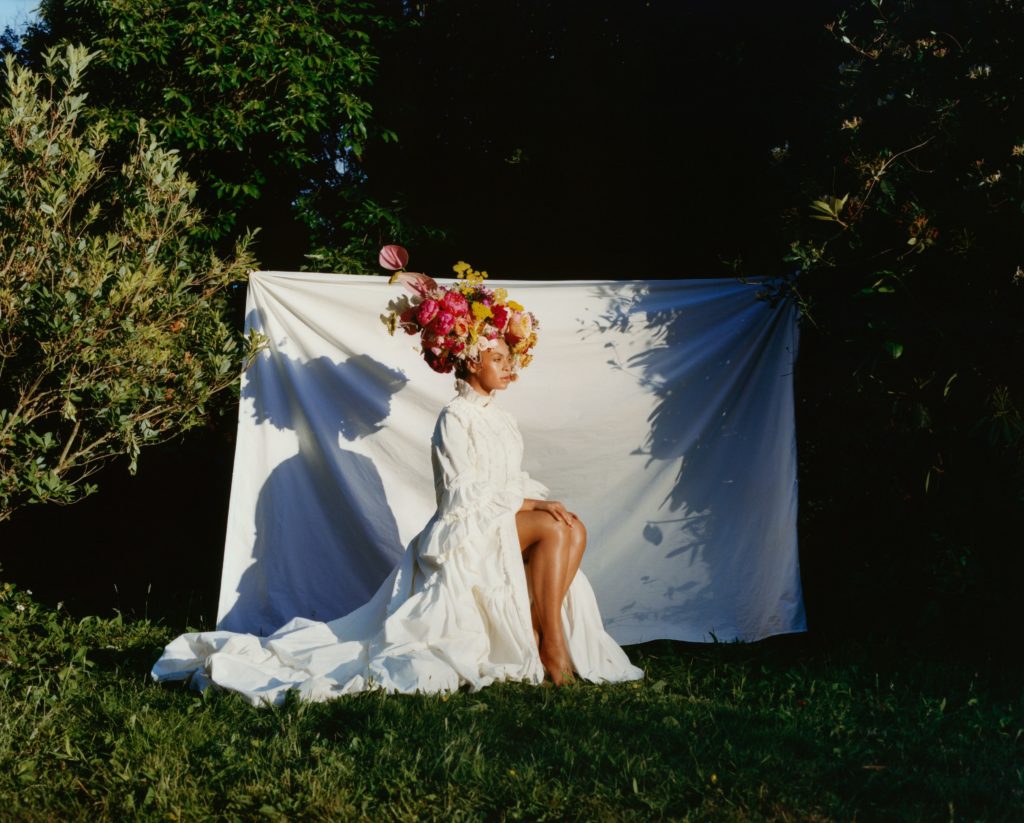 About the delivery of her twins who were born via C-section due to Preeclampsia:

“I was 218 pounds the day I gave birth to Rumi and Sir,” she wrote. “I was swollen from toxemia and had been on bed rest for over a month. My health and my babies’ health were in danger, so I had an emergency C-section. We spent many weeks in the NICU.”

It was a shocking experience that she credits her husband, Jay Z for helping her deal with:

“My husband was a soldier and such a strong support system for me,” she continues. “I was in survival mode and did not grasp it all until months later.” 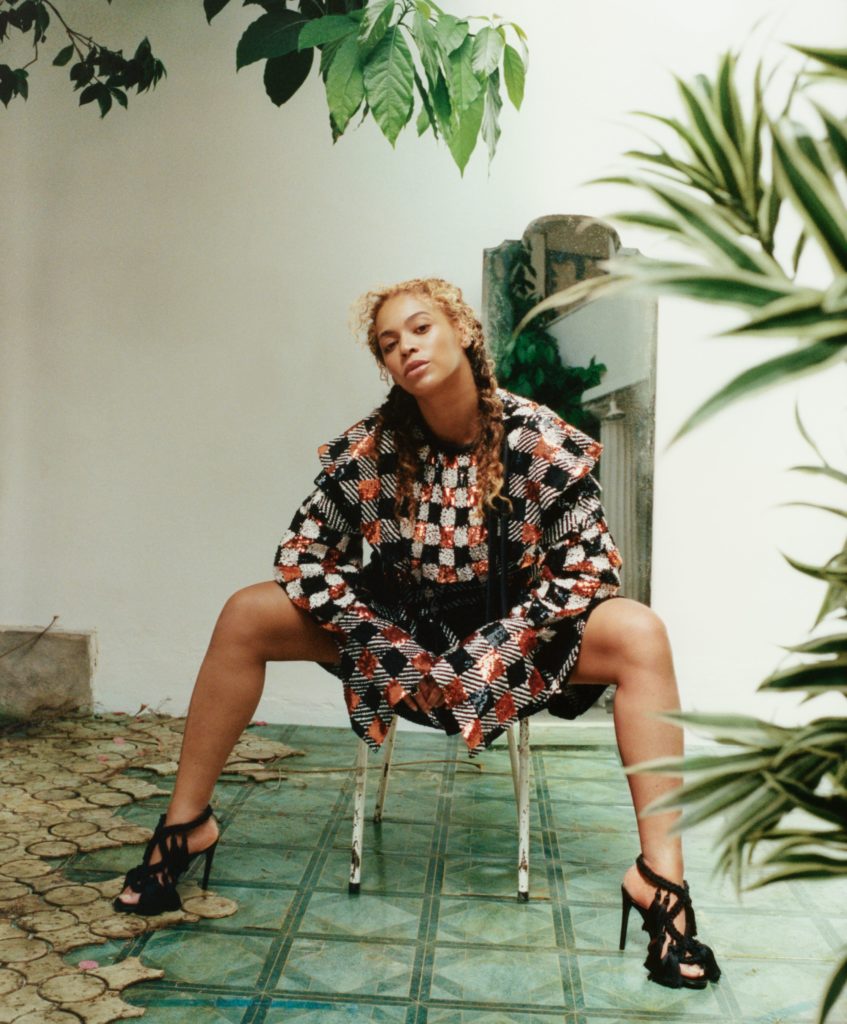 About realizing that C-Section recovery takes a lot longer and is harder than vaginal birth recovery:

“After the C-section, my core felt different,” she stated. “It had been major surgery. Some of your organs are shifted temporarily, and in rare cases, removed temporarily during delivery. I am not sure everyone understands that. I needed time to heal, to recover.”

About embracing her new extra set of curves that have come compliments of being a mom to three:

After giving birth, “my core felt different,” she shared, and  added that he “embraced being curvier” and as she was preparing for her Coachella headlining shows.  And thought she went vegan temporarily, gave up coffee, alcohol and fruit drinks while getting in shame for that performance, she is cool with her different, more full and rounder body.

“To this day my arms, shoulders, breasts, and thighs are fuller,” she wrote. “I have a little mommy pouch, and I’m in no rush to get rid of it. I think it’s real. Whenever I’m ready to get a six-pack, I will go into beast zone and work my (butt) off until I have it. But right now, my (bigger bikini area) and I feel like we are meant to be.” 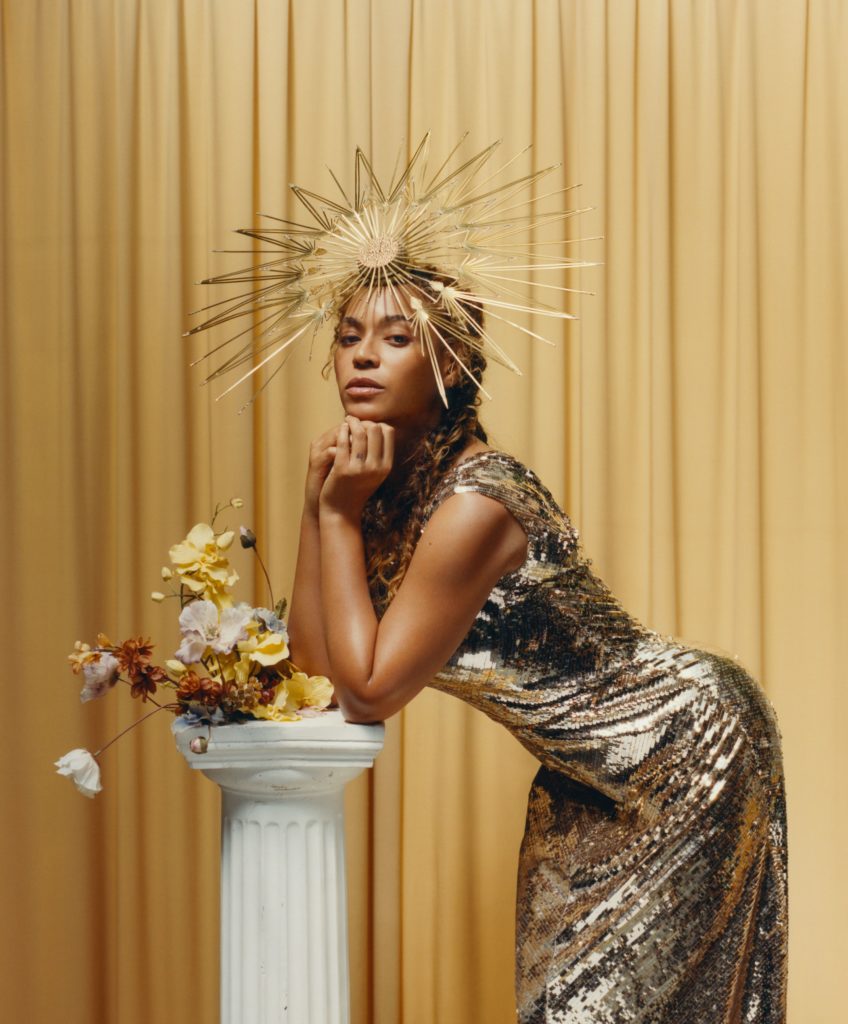 About lessons from succumbing to societal pressures for celeb women to peel off baby weight shortly after giving birth:

“I believed in the things society said about how my body should look,” she wrote. “I put pressure on myself to lose all the baby weight in three months, and scheduled a small tour to assure I would do it. Looking back, that was crazy.”

About the different way she is approaching recovering from twin delivery:

“During my recovery, I gave myself self-love and self-care, and I embraced being curvier,” the “Apesh*it” singer pens.  “I accepted what my body wanted to be… was patient with myself and enjoyed my fuller curves.” 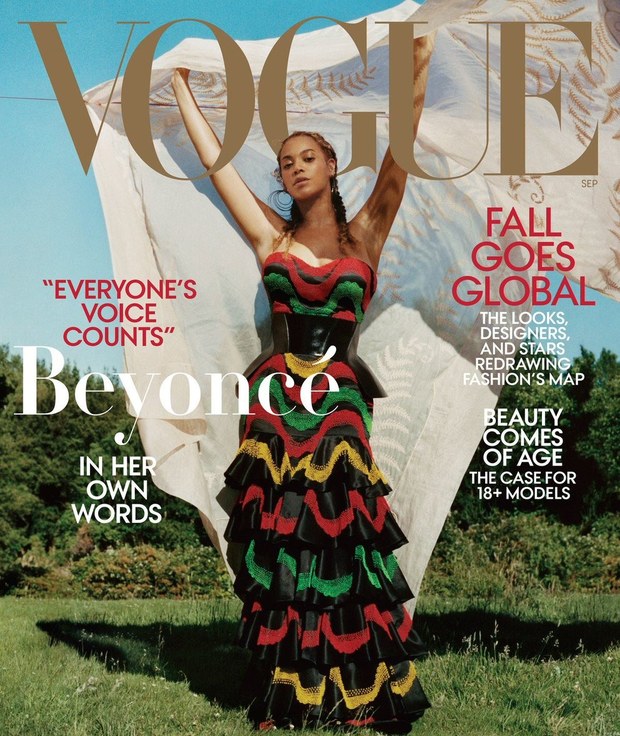 Going back to Natural for the Vogue shoot

She purposefully went with the bare stripped away, back to nature, theme and for the Vogue shoot avoided “the wigs and hair extensions” and wore scant makeup in an attempt to inspire other women to embrace their natural bodies.

On growth from her 20s to today:

“I look at the woman I was in my 20s and I see a young lady growing into confidence but intent on pleasing everyone around her,” the multi-platinum global artist revealed. “I now feel so much more beautiful, so much sexier, so much more interesting. And so much more powerful.” 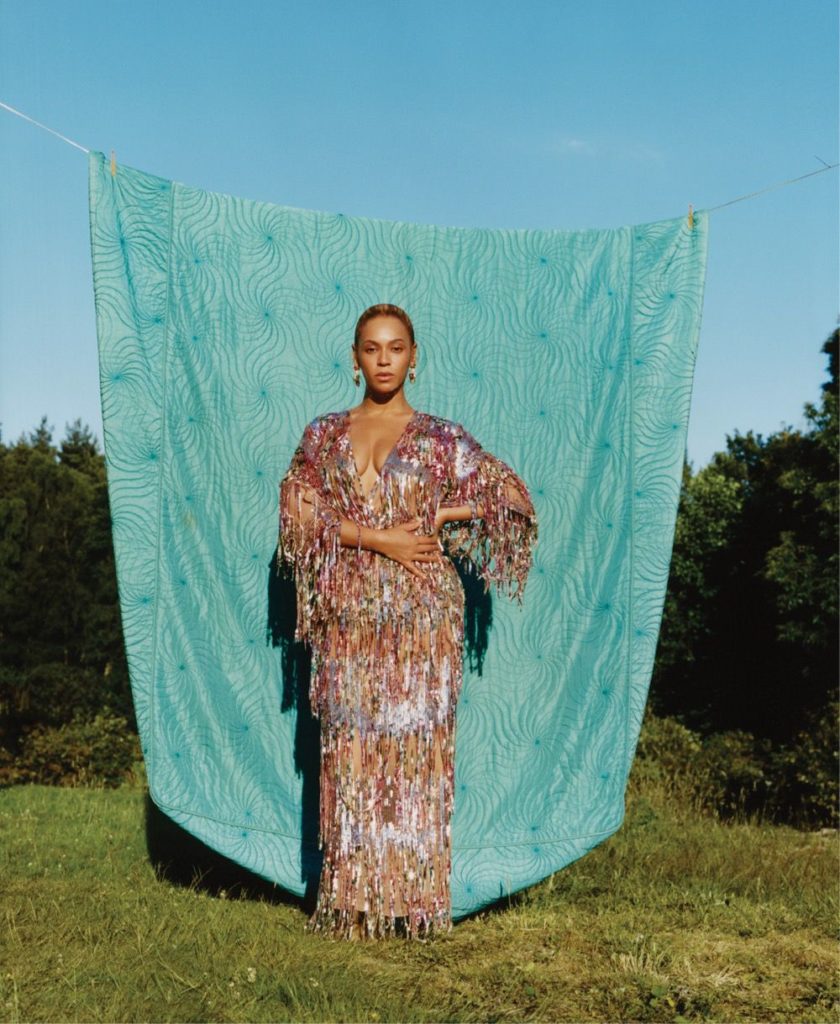 About connection to her slave and African ancestry:

“I researched my ancestry recently and learned that I come from a slave owner who fell in love with and married a slave,” she shared. “I questioned what it meant and tried to put it into perspective. I now believe it’s why God blessed me with my twins. Male and female energy was able to coexist and grow in my blood for the first time,” adding,  “I pray that I am able to break the generational curses in my family and that my children will have less complicated lives.” 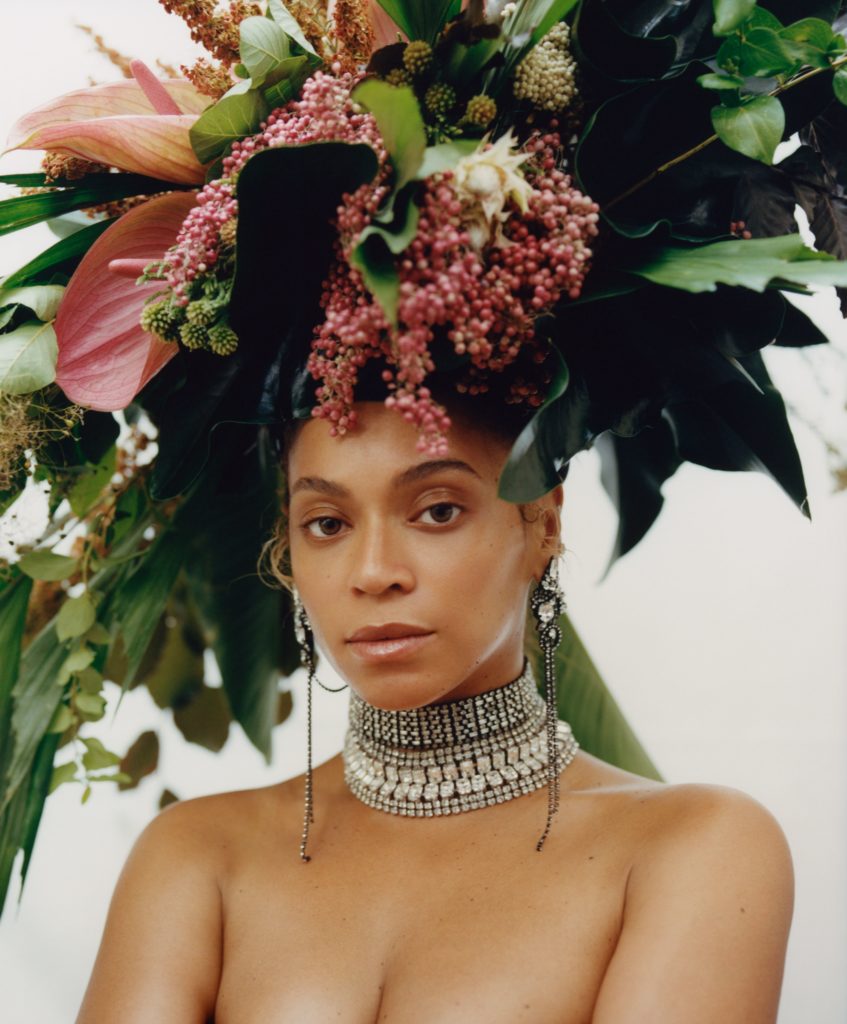 On exposing her heritage and roots and culture to larger audience during Coachella:

“I had a clear vision for Coachella. I was so specific because I’d seen it, I’d heard it, and it was already written inside of me,” she writes about singing “Lift Every Voice and Sing,” known as the black national anthem, during her performance and quoting Malcolm X in between songs.

“I know that most of the young people on the stage and in the audience did not know the history of the black national anthem before Coachella. But they understood the feeling it gave them,” she explained. “It was a celebration of all the people who sacrificed more than we could ever imagine, who moved the world forward so that it could welcome a woman of color to headline such a festival.” 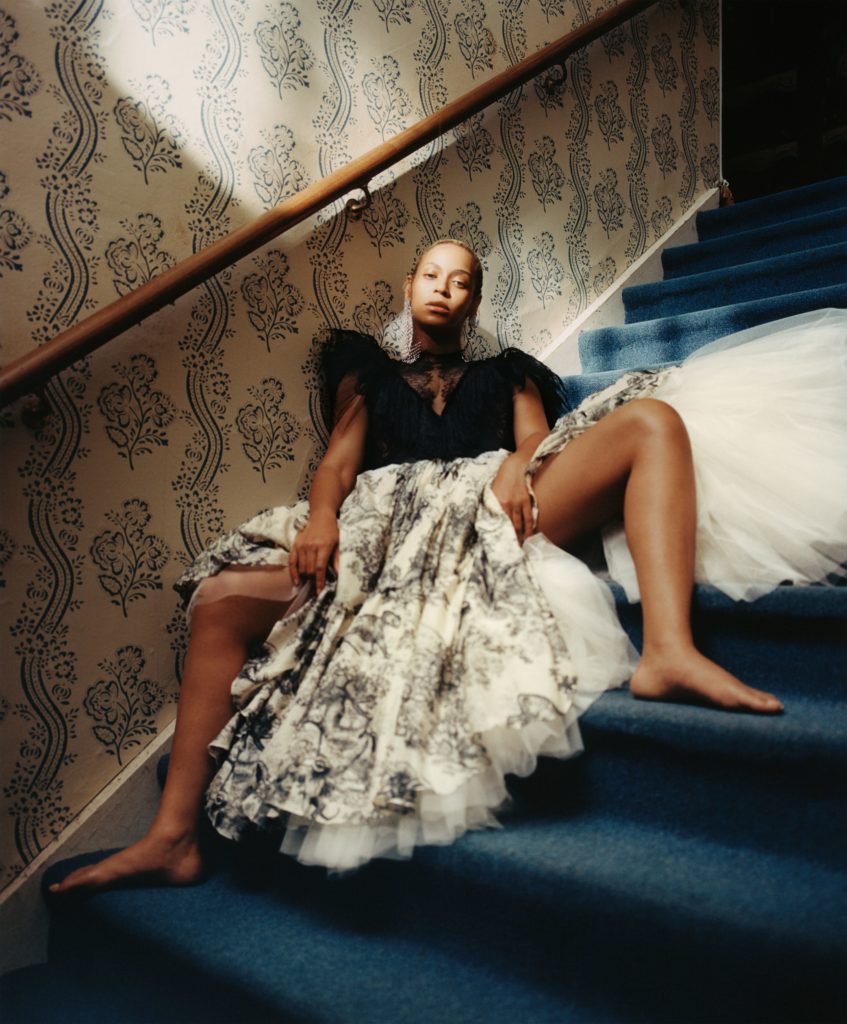 About what she wishes for her daughters and son:

As the mother of two girls, Beyonce says she wants her daughters to know that they can be anything, “CEOs, as bosses, and that they know they can write the script for their own lives.”

“They don’t have to be a certain type or fit into a specific category. They don’t have to be politically correct, as long as they’re authentic, respectful, compassionate, and empathetic,” she writes. “I want the same things for my son. I want him to know that he can be strong and brave but that he can also be sensitive and kind. I want my son to have a high emotional IQ where he is free to be caring, truthful, and honest. It’s everything a woman wants in a man, and yet we don’t teach it to our boys.” 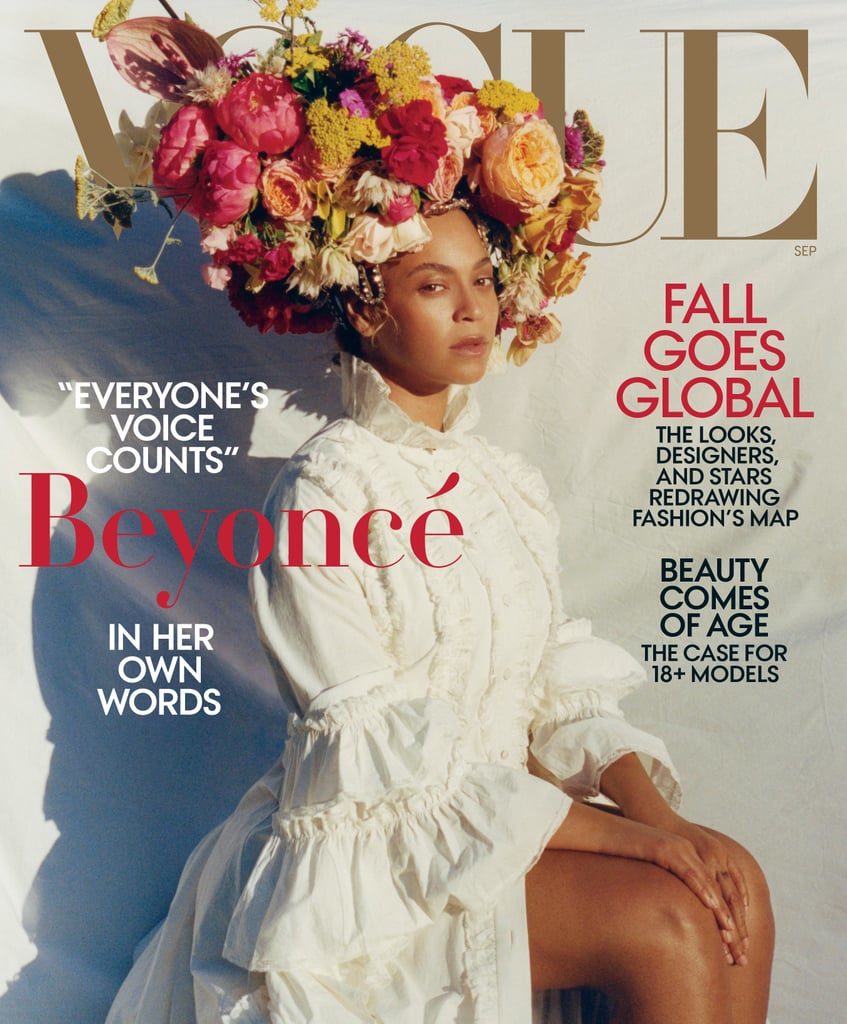 Beyonce is currently embarking on the On The Run II tour with Jay-Z, which concludes on Oct. 4 in Seattle.