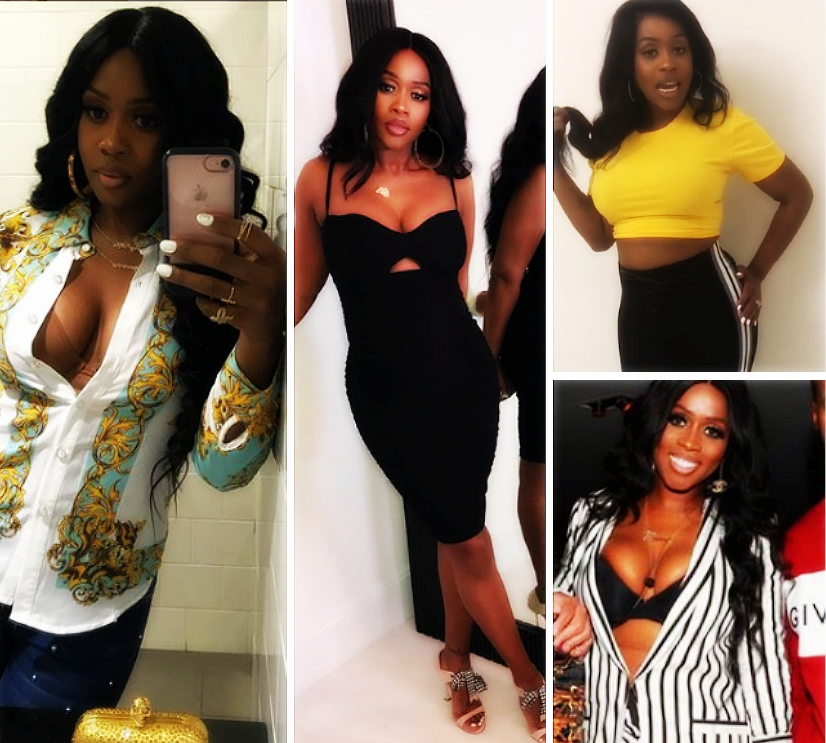 However, the pretty cocoa-complexioned vixen and business woman has not yet “popped”, if you will, and is sporting still a pretty chic and sveltish figure in her cute collection of clothing.

Judging from the pics the Dark and Lovely spokeswoman and brand ambassador has posted on her social media pages, you can barely tell that she and her hubby of  10 years will be welcoming their first child by year’s end.

They suffered a very much public miscarriage and since she became pregnant, Papoose has had a hard time containing his excitement about becoming a parent.

Remy Ma already has a 17-year old son Jace from a previous relationship and  Papoose has a daughter 13-year old Dejanae Mackie.