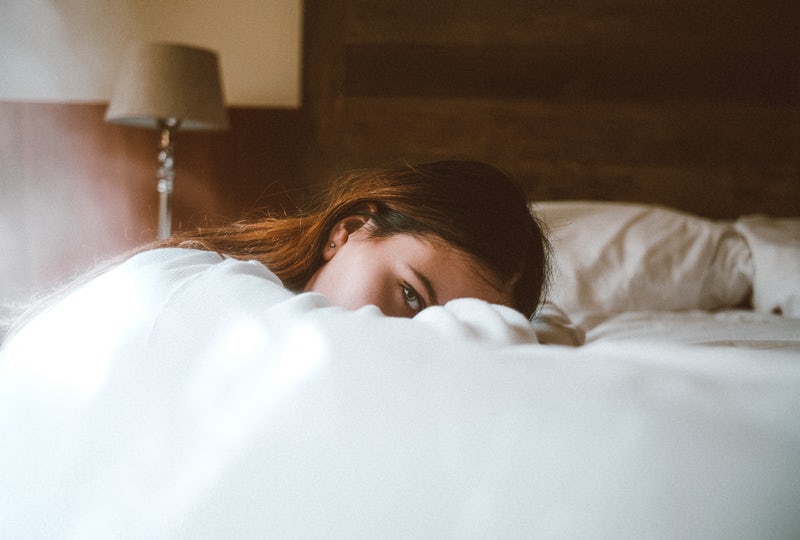 Over 40 million adults in the U.S. suffer from anxiety and panic disorders. And as privileged as they are, celebrities are no exception when it comes to panic attacks. Whether it’s a one-time event or something they consistently struggle with, dealing with a panic attack is never easy.

Most recently, in the media and her new book, Gisele Bundchen described the debilitating panic attacks she experienced when she was younger and how they almost led her to suicide.

Bundchen is not the only celeb who has confessed to former or current panic attacks.  Others include Lena Dunham, Caitlyn Jenner, Emma Stone, Ellie Goulding, Amanda Seyfried, and John Mayer.

We turned to Dr. Sanam Hafeez PsyD, New York City-based neuropsychologist and Teaching Faculty Member at the prestigious Columbia University Teacher’s College for some insight on what average Joe and Janes can to overcome panic attacks.

The good news is, recovery is possible does not take an A-listers budget.

What is a panic attack?

Panic attacks typically begin suddenly, without warning. They can strike at any time — when you’re driving a car, at the mall, sound asleep or in the middle of a business meeting. You may have occasional panic attacks, or they may occur frequently. Panic attacks have many variations, but symptoms usually peak within minutes. You may feel fatigued and worn out after a panic attack subsides. Dr. Hafeez states that “One of the worst things about panic attacks is the intense fear that you’ll have another one.  A panic attack occurs when the body experiences a sudden surge adrenaline out of proportion to any perceived danger or threat.”

What is a panic disorder?

You may fear having panic attacks so much that you avoid certain situations where they may occur. It can become so severe as to cause agoraphobia where people become housebound.  When this occurs, it is known as panic disorder.” She adds, “the word ‘attack’ is actually a misnomer as nothing is being attacked. Panic occurs when the body goes into a state of fight or flight even when no real danger is present.

A person can be sitting at their desk typing, yet feel as if they are being chased by a lion and the body is responding with adrenaline appropriate to a dangerous situation, but not realistic for the situation the sufferer is actually in.”  Dr. Hafeez stresses to those who suffer from the panic that, “Nobody has ever died from a panic attack! A person may feel as if he/she wants to die, or death is imminent, but it simply will not happen!”

How did Gisele Bundchen reduce her panic?

As Gisele Bundchen has mentioned, her panic attacks subsided when she made lifestyle changes such as not drinking a bottle of wine per day, stopping a pack a day smoking habit, incorporating meditation, yoga, and cutting out sugar.  After a few months, she says she stopped experiencing any panic attacks and had a new outlook on her life and her health.

What can you do to reduce and cope with panic?

Dr. Hafeez says that “Taking control of breathing is the first step to controlling a panic attack. The goal is to create a slow stream of air by breathing in and out. This prevents hyperventilation and a buildup of carbon dioxide in the blood. It is helpful to practice mindful breathing outside of panic attacks. This equips people who experience panic attacks with the techniques designed to stop them. There are apps and YouTube videos people can watch to practice breathing techniques for panic. “

Another helpful strategy is learning to relax the body. This technique involves tensing and untensing various muscle groups. This lowers overall tension and stress levels that can contribute to panic attacks. Start with the feet and work up to your forehead. Tighten the muscle while taking a deep breath in, hold for a few seconds and then release the tension while breathing out. Move up the body, one muscle group at a time.

This is the act of accepting thoughts as they come, but not letting them blow out of proportion. It is a mental framework designed to help people stay present at the moment without overanalyzing the stressful elements of life. Mindfulness incorporates many relaxation and meditation techniques.

Panic attacks can originate from thoughts that spiral into deep-seated worries. Cognitive behavior therapy (CBT) is an effective, lasting treatment for controlling panic attack symptoms. CBT is a helpful option for people who experience repeated panic attacks. CBT challenges fearful thoughts. What are you afraid will happen? Is there evidence to support these fears? A practitioner trained in CBT can equip an individual with the tools to successfully control and defuse a full-blown panic attack.

There are many uncomfortable physical symptoms of panic and anxiety, such as feelings of tension, tightness, and pain sensitivity. Yoga postures, known as asanas, help ease the physical discomfort that is caused by anxiety. Asanas work to stretch, lengthen, and balance the muscles. These postures can assist in releasing built-up muscle tension and stiffness throughout the body.

Cut Down on Sugar and eliminate caffeine

Although many people can’t start their day without a “cup of Joe,” Dr. Hafeez says that “for panic sufferers, caffeine can trigger panic attacks because it is a stimulant and can cause people with anxiety to have palpitating hearts and shaky hands. Sugar can cause blurry vision, difficulty thinking, and fatigue, all of which may be interpreted as signs of a panic attack, thereby increasing worry and fear. A sugar high and subsequent crash can cause shaking and tension, which can make anxiety worse. While dietary changes alone cannot cure anxiety, they can minimize symptoms, boost energy and improve the body’s ability to cope with stress.”

“If you think smoking calms you down, think again,” says Dr. Hafeez.  A study of thousands of smokers shows that they are three times more likely than non-smokers to have panic attacks and panic disorder. Tobacco smoke may induce panic attacks in susceptible individuals. “There can be other mechanisms by which smoking induces panic: the effect of nicotine for example,” says Dr. Hafeez. “Nicotine has a stimulating effect on the brain.”

There are clear links between alcohol and anxiety, and between alcohol and panic attacks. Alcohol can trigger panic attacks because on a physiological level drinking can cause low blood sugar, dehydration, increased heart rate, and increased levels of stress. Dr. Hafeez offers that, “A drink from time to time is not harmful, but when people use drinking to deal with anxiety and panic, they can experience severe consequences. Like other frequently abused substances such as caffeine or cocaine, the combination of alcohol abuse, hangover, and withdrawal can lead to an increased risk of panic attacks. As a consequence, this kind of abuse can result in both an alcohol addiction and more severe anxiety and panic disorders.”

There are many anti-depressants, mood stabilizers, and benzodiazepines like Valium, Ativan, Clonopin, and Xanax that can help keep panic under control when combined with therapy. Antihistamines (such as hydroxyzine) and beta-blockers (such as propranolol) can help mild cases of anxiety as well as performance anxiety, a type of social anxiety disorder. Patients need to keep in mind that benzodiazepines carry the risk of tolerance and addiction and are better suited for short-term or “as needed” usage.

There are many great ones that exist such as Dare, Rootd, Anxiety No More, ACT Companion and Pacifica among many others. 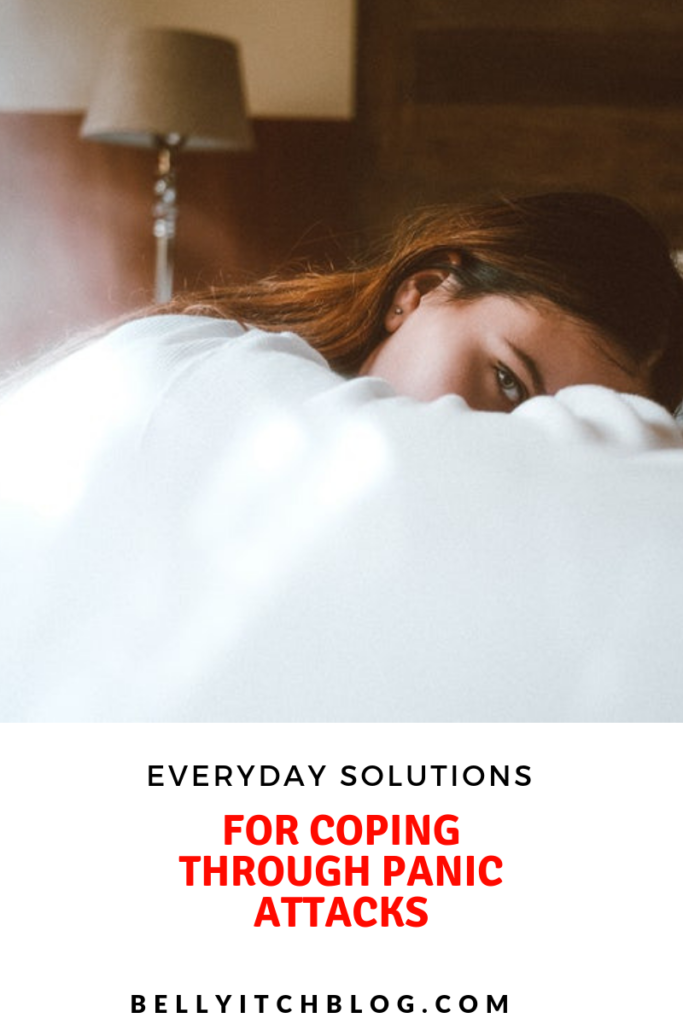 By Jeneba Jalloh Ghatt
Dr. Sanam Hafeez PsyD
Tips for Picking the Right Pediatrician
These are The Most Popular Halloween Movies 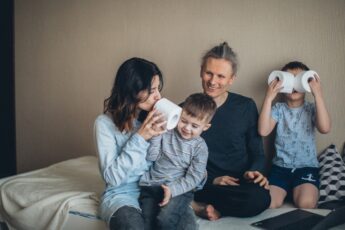