Congratulations are in order!

When Drake surprised a small female rap duo from Miami, Fl by including a sample of one of their songs on the tail end of his Summer banger, “In My Feelings” without them knowing in advance, he helped shoot the group into the stratosphere and stardom!

Since, the young women, Yung Miami and JT, best friends since Middle school, have launched two Billboard hits, “Twerk” and “Act Up” from their Girl Code album and are bonafide international stars.

Unfortunately, half of the duo is experiencing the fame in prison for fraud and was serving her sentence when their instant meteoric rise started. She is soon to be released.

The other half just announced a pregnancy with her second child. The child’s father is reportedly a producer named Southside who is part of the production team 808 Mafia.

Here is a blurb about the recent announcement from BET:

On Tuesday (June 11), Yung Miami confirmed that she is pregnant with her second child. Amid the rap duo’s rapidly growing acclaim for meteoric hits like “Twerk” and “Act Up,” the news comes as a pleasant surprise to fans.

Yung Miami, born Caresha Brownlee, has been holding down the Miami-established rap duo and repping from the outside while her City Girls halver Jatavia “JT” Johnson serves out a jail sentence.

In an Instagram post previewing the upcoming City Girls documentary, their rise from the streets of Miami to the world stage is painted for the entire rap world to see.

“I’ve been going back and forth to share this moment with my fans,” she wrote in the caption of the IGTV clip. “But on MY TERMS! I wanted to share this with y’all. No one knows what is best for me but GOD, and this was just his timing for me.”

The clip opens with JT and Yung Miami in Los Angeles celebrating  after just signing their contract with music label Quality Control. 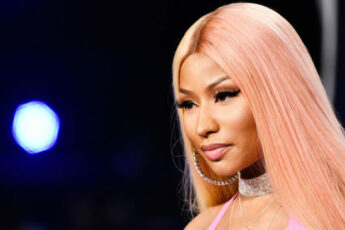