The 39-year old, who also shares an 11-year old daughter Sam with the Golf star, apparently showed up unexpectedly at the game while Woods was out of town during a Golf tournament, RadarOnline exclusively reported.

The blonde ex nanny has kept a low profile after divorcing from Woods in 2010 following a cheating scandal.

The two married in 2004 before police were called to the couple’s home in 2009 after Nordgen discovered the infidelity, and Woods smashed his car into a tree not far from their property following a spat about it.

According to sources to the gossip site, Woods and his current girlfriend Erica Herman have been the ones attending his children’s soccer and flag football games in recent months.

The source also added that when the athlete is out of town for golf, Sam and Charlie have been with their nanny.

Nordegren briefly dated billionaire Chris Cline after her divorce from Woods but split in 2014, before reuniting during a ski trip a couple years later in 2016.

She wore no wedding ring, according to pics you can see HERE! 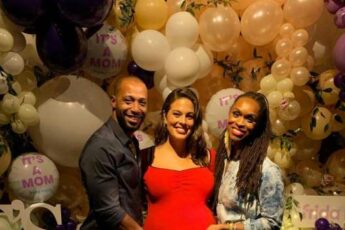