I was catching up on the latest episode of Keeping Up With the Kardashians on E! and noticing how baby sister of the trio of Dash sisters, Khloe Kardashian looks super thin and a lot like her Instagram photos that people keep accusing her of achieving by photoshopping.

I thought, yeah, it’s pretty hard to photo shop video! She really worked hard to shed pounds after giving birth to her daughter True last year. And after what happened with her ex Tristan Thompson‘s serial cheating, she is really living the Revenge Body mantra.

Then I remembered that a new season of her Revenge Body challenge show on the E! network starts soon.

A teaser released by the network summarizes all of the exciting activities we can expect for the next iteration of the popular spin off.

Per the new footage, Khloe Kardashian‘s transformation series will “redefine” revenge. Not only will contestants shed pounds with the help of Revenge Body‘s trusted trainers, but the participants will also bulk up on muscle as seen on a contestant who has been genetically thin his entire life.

“I only know how to do skinny,” one male participant admitted in a confessional. In the promo reel, fitness and lifestyle consultant Ashley Borden assured the client that he could put on about 30 pounds.

Of course, this won’t occur without some “blood, sweat and cheers.“

“It’s not just about today. It’s about the rest of your life,” Luke Milt, former a professional rugby player and show motivator says.

All of this wouldn’t be possible without the wise guidance of Revenge Body‘s host. True story.

“You look amazing,” a contestant noted to Kardashian.

“Honey, I’m trying to keep up with you,” the Keeping Up With the Kardashians star happily responded.

For all of this and more, be sure to watch the new promo above!

Watch the season 3 premiere of Revenge Body With Khloe Kardashian Sunday, July 7 at 9 p.m., only on E! 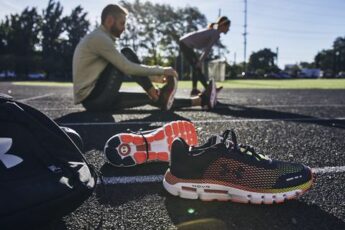