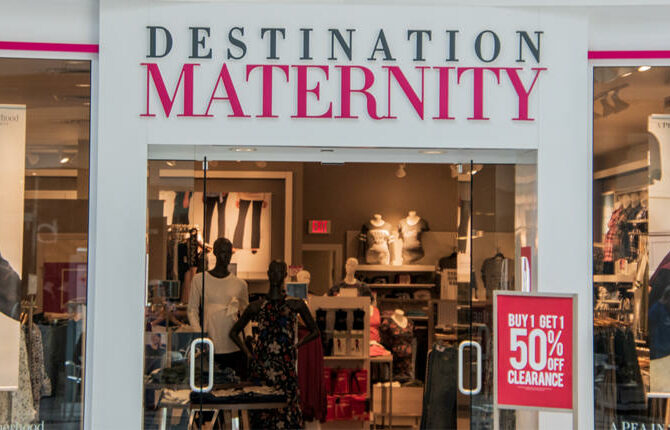 Destination Maternity is going bankrupt and it really did list, among other reasons, declining birth rates as the reason for the company’s downswing.

The retailer operates stores under several brands, including Destination Maternity, Motherhood Maternity and A Pea in the Pod.

The company had 446 stores in the U.S., Canada and Puerto Rico as of Aug. 3. It also operated 491 shops-within-a-shop at various department stores and baby specialty retailers.

The company plans to close 183 stores after already shuttering 27 recently, according to a court filing. Bankruptcy allows companies to escape unprofitable leases.

Founded as a mail-order catalog business called Mothers Work in 1982, the company went public in 1992, acquired the Motherhood Maternity and A Pea in the Pod brands in 1995 and expanded rapidly in the years thereafter.

But the company, in a court document, blamed the retail industry’s turmoil, declining birth rates, high rents and leadership turnover for faltering. The company has had five CEOs in the last five years.