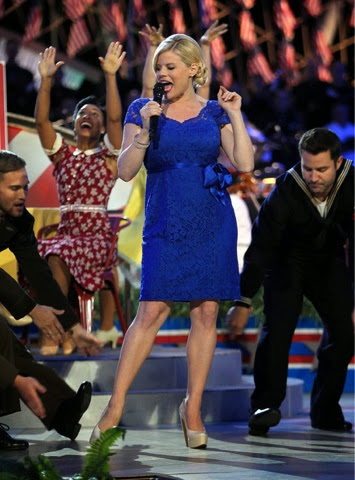 Broadway actress and singer Megan Hilty and her baby bump looked totally adorbs as she performed Saturday, May 24 during the 25th National Memorial Day concert and broadcast on the West Lawn of the US Capitol. 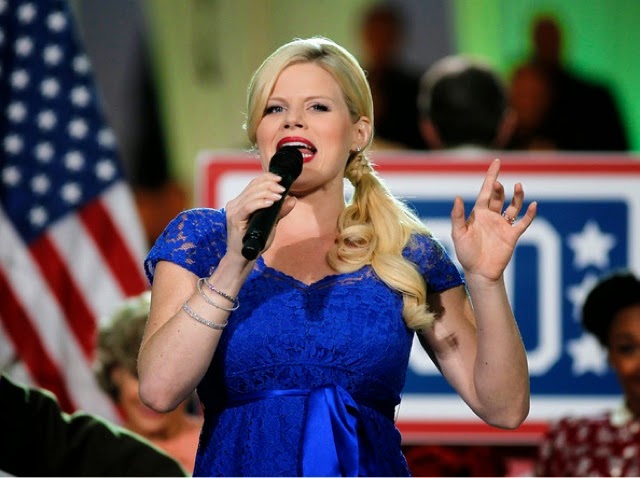 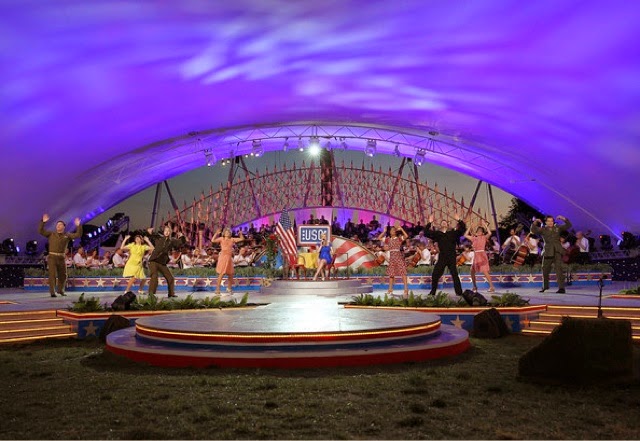 The Smash alum even got to shake hands with former Secretary of State and military vet Colin Powell during the patriotic USO event. 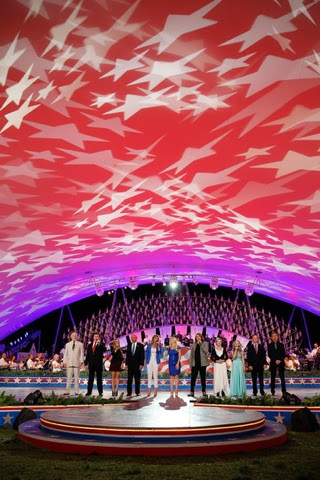 Earlier, the Sean Saves the World star was equally bumpilicious in a casual grey jersey bump hugging shirt dress during rehearsals for the show. 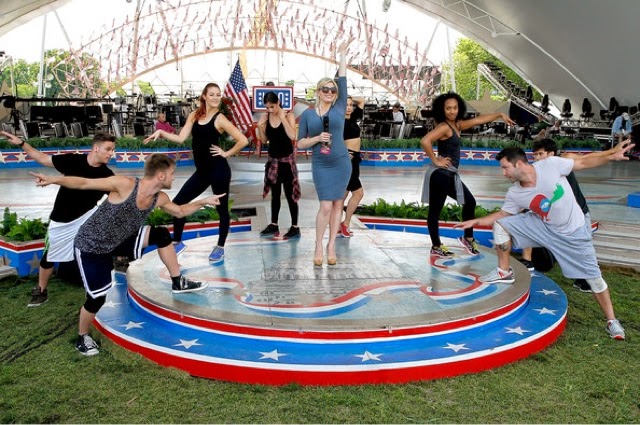 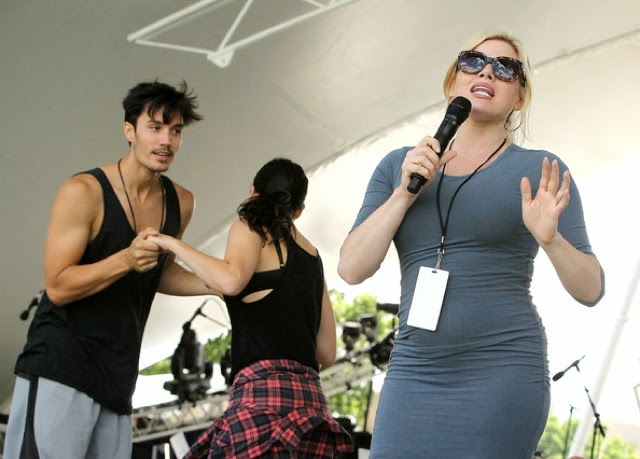 A far cry from Kansas and from playing Glenda in the musical theater production Wicked, this backdrop of the Capitol during rehearsals looked amaze! 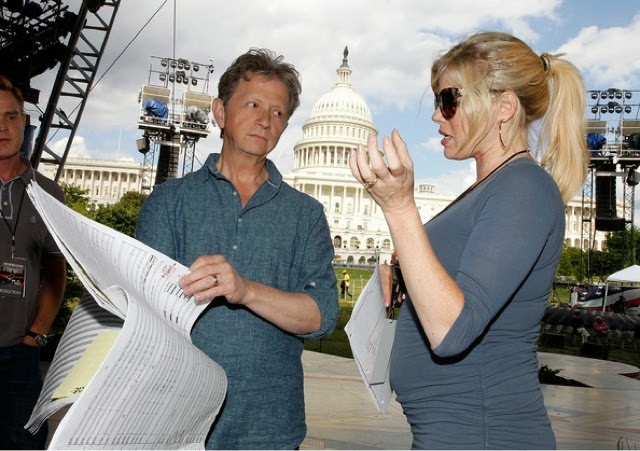 Hilty and hubby Michael Gallagher are expecting a daughter, their first kid together. 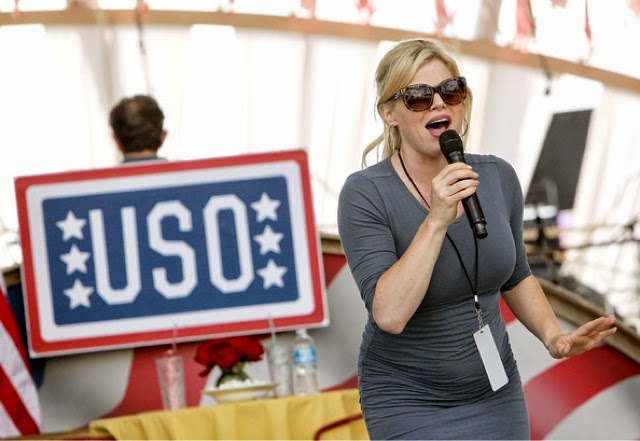