I couldn’t let the day pass without commenting on the hot news item about a 17-year old Silverback Gorilla named Harambe that zookeepers at the Cincinnati Zoo killed over the weekend after a 4-year old toppled into the wild animal’s habitat.

A visitor and witness to the incident took a cameraphone video of the incident. That clip has been all over the Internet and it shows the animal dragging the boy across his enclosure’s pool; but it also shows him holding the boy’s hand, propping him and seemingly protecting him from the crowd above yelling and screaming over what they were witnessing.

Apparently, the boy  crawled between two steel poles of the barrier and through bushes before toppling 15 feet down to the moat.

The reaction to the incident varies. It goes from people demanding an investigation of the zoo for the decision to kill and not tranquilize the animal and for having a barrier that wasn’t designed to prevent this accident to ridiculous calls to actually “shoot” the parents (mom Michelle Gregg) for presumably being neglectful and not keeping a careful eye on their child.

The harshest critics I surmise come from three camps:

You can easily determine those that dislike children and think kids are to be seen and not heard. They have little patience for their antics and don’t find spirited children “cute” at all. They are quickly annoyed by the sight of a baby on a plane and may be germaphobes who are wary of all the germy places tots get into. Of course, they would have less sympathy for the level of danger the child was in. Those people would naturally ignore the fact the child’s life was at risk and that famous Animal activist like Jack Hannah said, in that situation, killing the animal was a no brainer of a decision.

Hanna is the director emeritus of the Columbus Zoo in Ohio and the host of a series of television shows about wild animals, defended the decision to put down the animal.

“I’ve seen him take a green coconut, which you can’t bust open with a sledgehammer, and squish it like this,” Hanna told Good Morning America about Harambe, gesturing to indicate the ease with which gorillas can crush fruit. “You’re dealing with either human life or animal life here. So what is the decision? I think it’s very simple to figure that out.”

They would not think that shooting a tranquilizer gun at Harambe could have frightened and/or angered him even more. He is still a wild animal and not capable of directing his anger. He easily could have lashed out violently and injure the child purposefully or accidentally.’

Further, the boy was in the cage for an estimated 10-15 minutes before the zookeepers were able to take him down. When the gorilla dragged the kid around, he easily could have fractured the boy’s skull against a hard surface in his habitat.

Finally, what if after being shot by the tranquilizer the gorilla eventually collapsed his 400 pound frame on top of the boy and ended that child’s life that way?

I am not sure human critics suggesting that the mom be shot are aware of how callous they come off.  Even if they are being factitious in their commenting, it seems to be an extreme overreaction, in my opinion.  Execute parents. Isn’t that a slippery slope? Are we to go around shooting parents each time their kid does something that leads to tragic event. Losing track of a child is a common everyday thing. People lose track of their kids all the time, especially in crowded environments. I’ve lost track of my kid more than once.  My husband has been a lost child when he was 3-years old and his parents are very protective and his dad was a police detective.

An eyewitness told ABC News that it happened in a quick second and she wasn’t sure there was anything the mom could do. “He was there and then he was not,” the witness said.

“As a society we are quick to judge how a parent can take their eyes off of a child. Accidents happen.” she wrote. “I am thankful that the right people were in the right place.”

This kid who wrote this doesn’t look old enough to drive.

To Animal over People.

Again, if one values animals more than human, I’m not surprised that they’d assign more weight and value to the animal’s life over a human child. But you can own and care for  a lot of animals, be a vegetarian and still recognize that in the hierarchy of the animal kingdom in civilized society, humans are on top.

We’d be having a different conversation today had the gorilla killed the boy. I’d bet that, in that case,  many more people today would be finger-wagging the zoo for not doing something sooner to take out the threat. There would be more people empathizing with the family of a dead child moreso than an alive Gorilla who ended a toddler’s life.

I recognize that Harambe did nothing wrong and he behaved how his species would in that situation and he too is a victim of circumstance. But I am able to step back and assess the situation from afar and decide it was the correct decision, in my opinion.

Hopefully, in the end, the zoo will augment its exhibits and other zoos around the world will take note and adjust theirs as well.

But no, we cannot shoot the parents instead of the animal. I wish people would quit saying that.

By Jeneba Jalloh Ghatt
cincinnati zooharambemichelle gregg
Just Had a Baby and Want to Start a Biz? Great Tips Ahead….
Woo hoo! There’s a Bunch of New Summer Job Opps, And Here are Top US Summer Job Cities 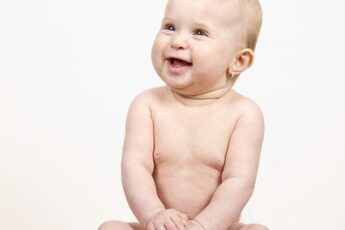 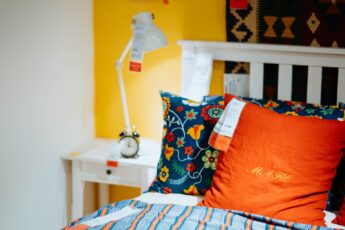