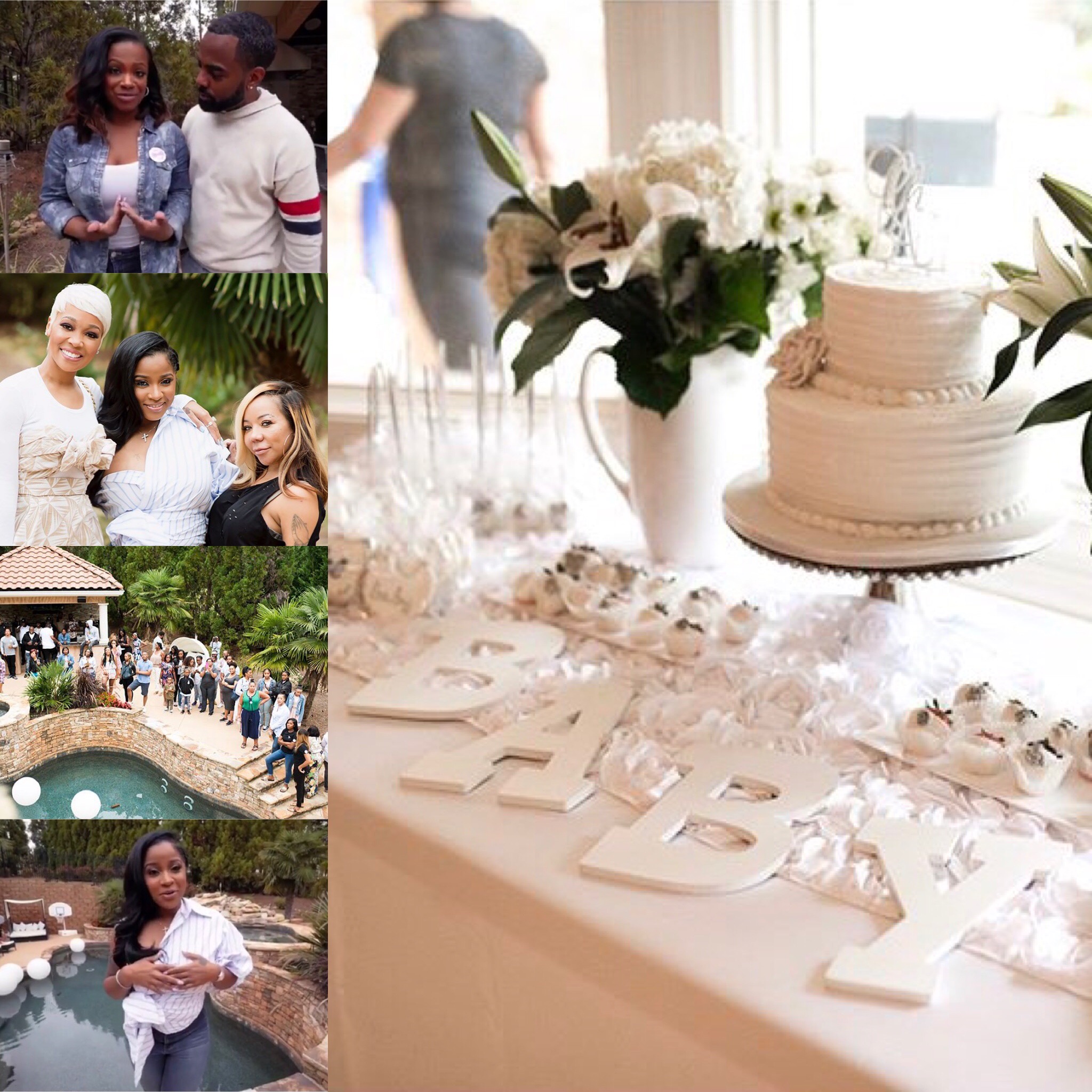 We usually blog about celebrity baby showers but Millenial parents are all about gender reveal parties.

Second-time mom-to-be Toya Wright had a gender reveal party early last month at her home but only recently shared the official event video.

The event was held indoors and outdoors poolside and from the looks of photos shared in social media, was quite an elegant tho low-key affair.

The actual gender reveal was an airplane flyover! How different and creative!!

“Issa Girl”! The banner trailing the tiny plane read to jubilant screams and shouts below.

Wright, who has starred in two reality TV shows about her life and is the author of a new book, shared the video on her Instagram.

Surrounded by people i love i found out what my love would be. My Life is double the fun, with double the blessing with my beauties. #RR ??

She has not revealed who the dad is. She had a 18-year old daughter, Reginae Carter, who is a featured co-author of her new book, “You Just Don’t get It!”

She had the best reaction to the news as perfectly captured by the event photographer.