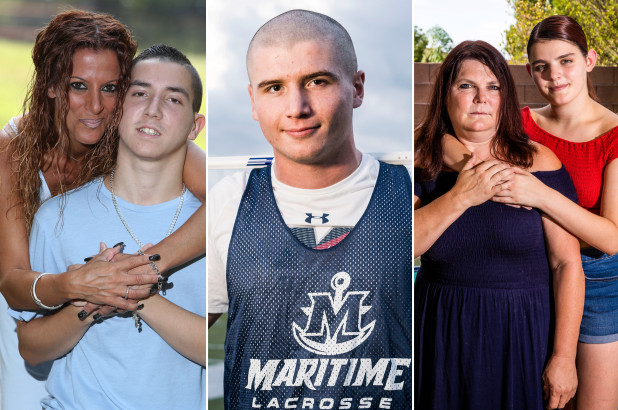 Turning 18 is a milestone.

You’re officially an adult, maybe leaving home for the first time, for college or work. You can finally vote, buy a lotto ticket and serve in the military.

It’s a time of mixed emotions, made even more so if you’ve never really met the man who helped bring you into the world: the father you lost the day the towers fell.

For the widows of 9/11, some of whom were profiled by The Post on the 10th anniversary of the attacks, some had no choice but to put their grief aside in order to raise their families. As for the babies they were expecting and the newborns they cradled in their arms: Now turning 18, they’ve grown up dreaming of a parent they’ve only heard about.

“I believe he’s up there, helping me with my success,” says Allison Lee, born two days after her father, Dan, was killed in the terrorist attacks. Next month, she’ll move to Los Angeles, where her father grew up, to begin a dance program.

Allison says she can picture him giving her a thumbs-up, just as he’d done in the photos she’s seen. “I know he’d be telling me, ‘You’ve got this. Don’t give up on your dream.’”