Gender-reveal ideas range from smoke bombs to bath bombs, Check out these21 Unique Gender Reveal Ideas to Celebrate Your Baby-to-Be

Sure, gender reveals don’t really reveal a baby’s gender — it’s actually the sex, which is different — and gender isn’t a pink-or-blue binary anyway. Even the person who invented the idea of gender reveals say they’re getting a little out of hand (and her daughter, the subject of the first gender-reveal party, is “a girl who wears suits,” she says in a Facebook post). But hey, pregnancy is long, hard, and full of gross things, so we won’t begrudge anyone for trying to eke out every bit of joy.

If you’re looking for a moment in your pregnancy when you can replicate that Christmas-morning anticipation of opening up a box and being super-excited about what’s inside, these gender reveal ideas might be just the thing. But how to announce the sex of your baby to the world?

If there’s one huge trend in the gender–reveal world, it’s Holi powder, or vibrantly colored powder that was once mostly used in Hindu celebrations (but you can now find at your local Color Run). You can shoot it out of a cannon, pack it in a baseball and hit a grand slam, or even stick it under your tires and watch the plume when your car spins out. If colored powder isn’t your thing, there are also sweet treats, balloon crafts, and silly string fights among these unique gender–reveal ideas.

CHECK OUT THE BELOW IDEAS

Those delicious-looking cake pops have both pink and blue on the outside, but once you take a bite you’ll be able to see the pink or blue cake inside.

Because everything in life is more fun with confetti! With these poppers, the confetti shoots up to 15 feet in the air.

Not only will the color inside reveal the baby’s sex, you’ll get to take out one last bit of aggression before the baby arrives and you’re expected to be a calm mama all the time. 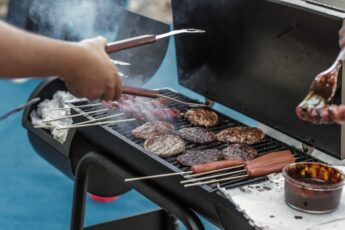