“Yes, I’m still nursing a 17-month-old and it’s not fun,” Benson, who takes her son to Gymboree for play, told her Instagram fans, according to BCK Online.

While some applauded the fact that the active mom is continuing to pass on her antibodies to her son by nursing him for an extended time, others not only disparaged the idea but dismissed it as something “black mothers” do not do!

One fan quipped in response to the post, “Girl, stop that [stuff]/ You ain’t white,” adding, “It’s time BAM, for real.”

Another wrote, “Tell him, ‘That’s your brother/sister’s milk.’ You from the hood. You know that [stuff] looks crazy. Quit playing.”

Benson responded to the scrutiny by writing, “Ignorance of this magnitude is unbelievable.”

One of the reason Black woman stop breastfeeding their babies at an earlier date compared to any other race of women in America is because of cultural stigmatization and rejection of the practice, fueled partly by a general unawareness of the benefits of breastfeeding.

This demo stops breastfeeding earliest out of all other racial groups, partially because of culture stigma.

The Centers for Disease Control  reports that African Americans are less likely to breastfeed their children. “Black infants consistently had the lowest rates of breastfeeding initiation and duration across all study years,” the CDC statistics note.

The Joint Center for Political and Economic Studies reports that Blacks stop breastfeeding sooner than other races, setting up their children for higher incidences of illnesses and diseases that non-breastfed children succumb to at a higher rate than those who were nursed.

There is a taboo about it among the black community, perhaps, and those who nurse for too long are not encouraged or supported and are sometimes egged on to stop breastfeeding after a few weeks or months.  Although to be fair, shorter breastfeeding times are also linked to working wage-earning mothers who have little to no maternity leave who all have to report to work earlier.

Also, moms who have shorter maternity leave and/or work in settings where they do not have a private place to pump and store their milk for their babies, also stop earlier. 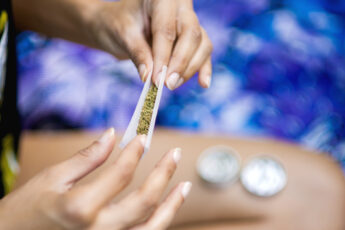